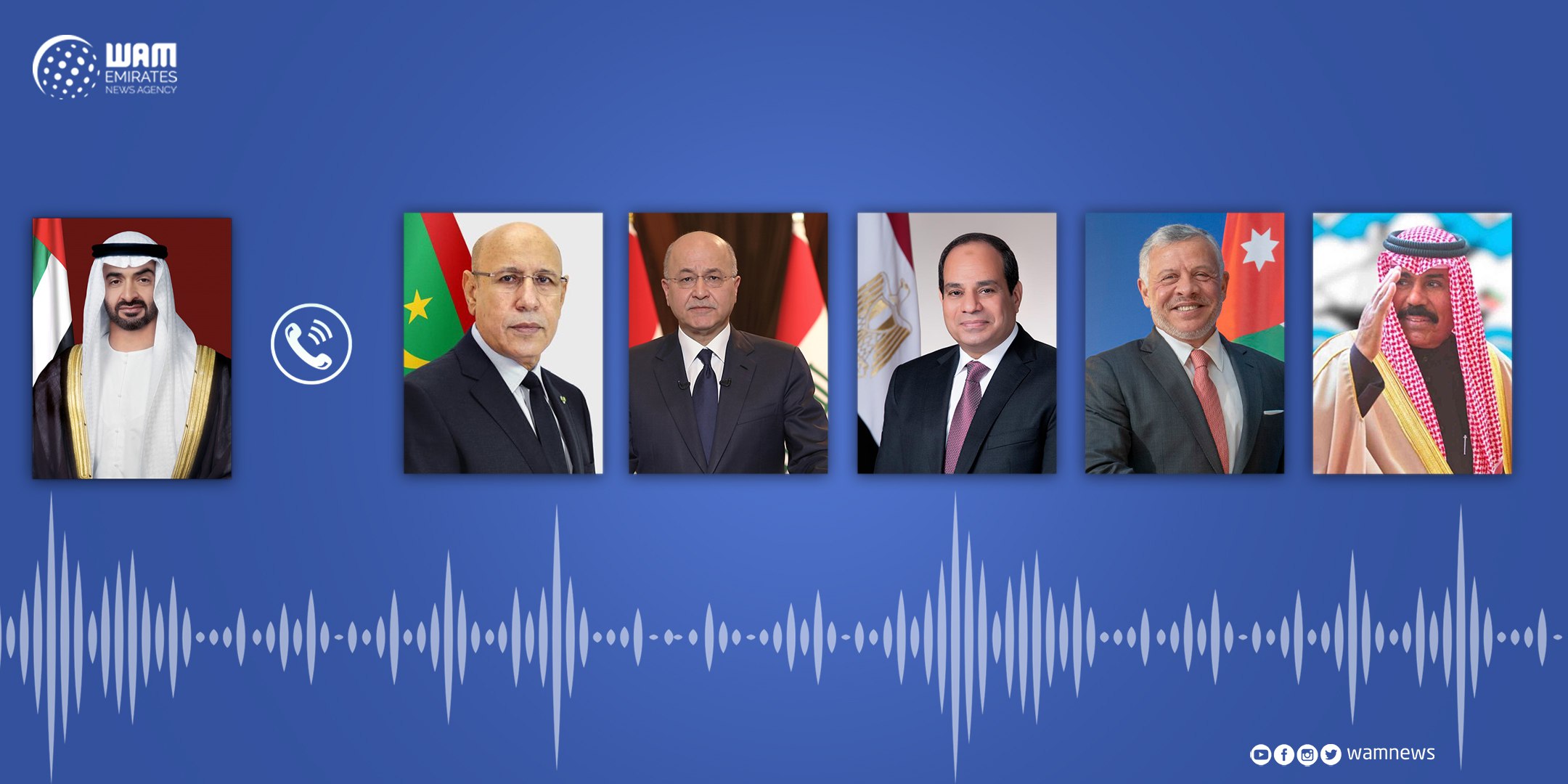 His Highness conveyed the greetings of President His Highness Sheikh Khalifa bin Zayed Al Nahyan and his wishes of further wellbeing, prosperity and development to their countries.

On their part, the Arab leaders reciprocated the greetings and wished more progress, safety and security to the UAE people under the wise leadership of His Highness Sheikh Khalifa bin Zayed Al Nahyan.

They also wished more prosperity and development to the Arab and Islamic nations.