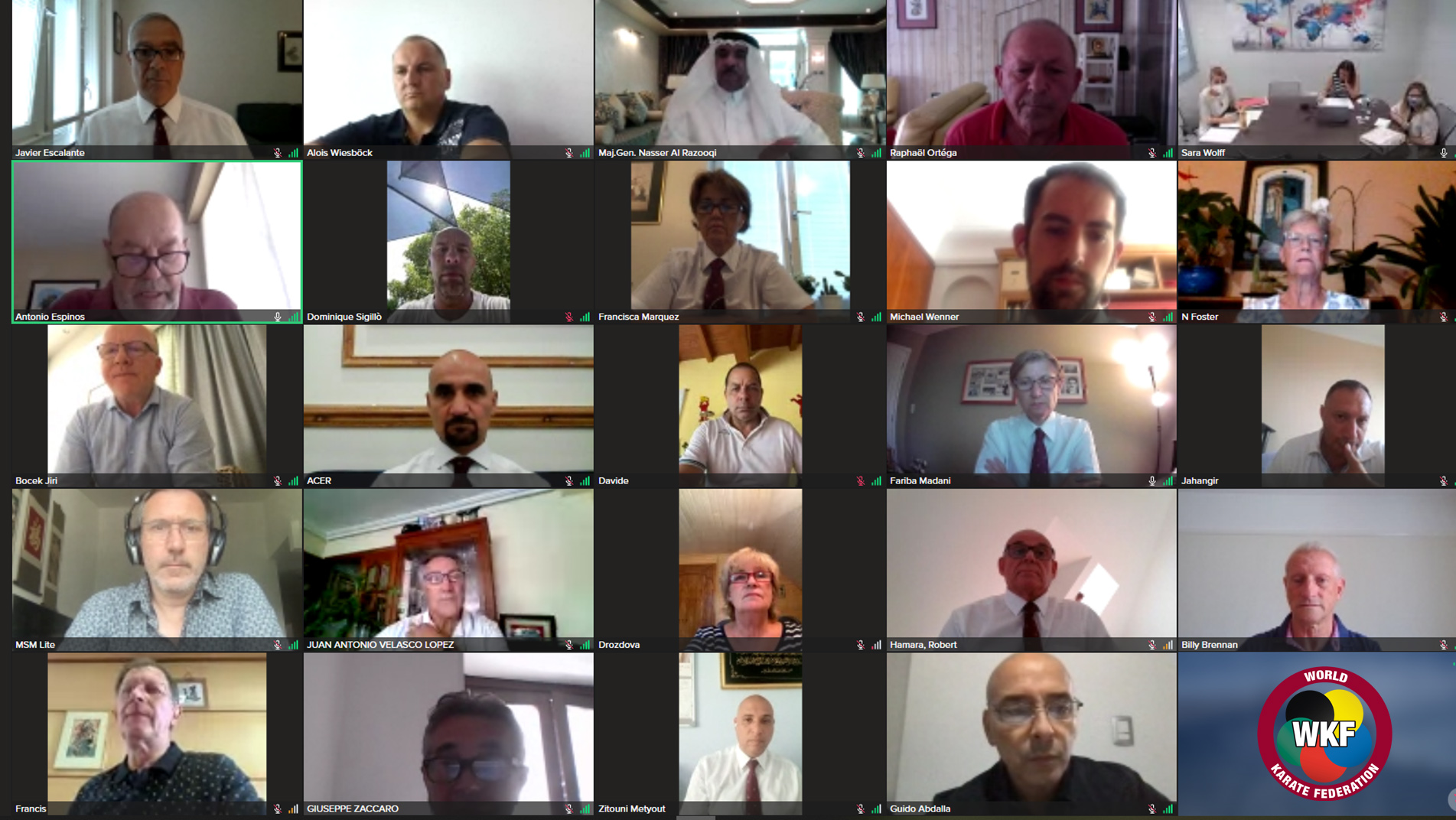 ABU DHABI, 24th July, 2021 (WAM) -- The officials of the World Karate Federation (WKF) to represent the sport at the Olympic Games Tokyo 2020 met via conference to discuss the logistics around Karate’s Olympic debut.

Headed by WKF President Antonio Espinós, the meeting aimed at reviewing the main organisational elements of the Karate delegation at the Games. Over 40 officials including Major General Nasser Al Razooqi, Vice President of WKF and President of UAE and Asian Karate Federations, referees, staff members, WKF Executive Committee members, and ITO’s (International Technical Officials) participated in the gathering via videoconference.

"This edition of the Olympic Games is obviously defined by its complexity due to COVID-19. However, we are ready to make the most of our Olympic debut," said WKF President Antonio Espinós.

"Despite all the challenges, despite all the difficulties, we are set to experience unforgettable days in Tokyo. There are many administrative and logistic matters to consider. All of you play a crucial role in Karate’s Olympic success and I am sure that all of us together can make the perfect showcase of our values at the Games," added Mr Espinós.

The different provisions and countermeasures around the COVID-19 epidemic and the application of the practises were analysed, in a very detailed presentation conducted by the WKF CEO Sara Wolff. The WKF officials to participate in the Games also received updates on transportation, accommodation, and accreditation procedures, among other matters.

The Karate competition at Tokyo 2020 is scheduled for 5-7 August 2021 at the Nippon Budokan, with medals being awarded on each competition day. In total, 82 karateka (40 women and 42 men) will compete at Tokyo 2020 – 61 in Kumite and 21 in Kata. They will represent 36 different countries, a testament to the sport’s global popularity.