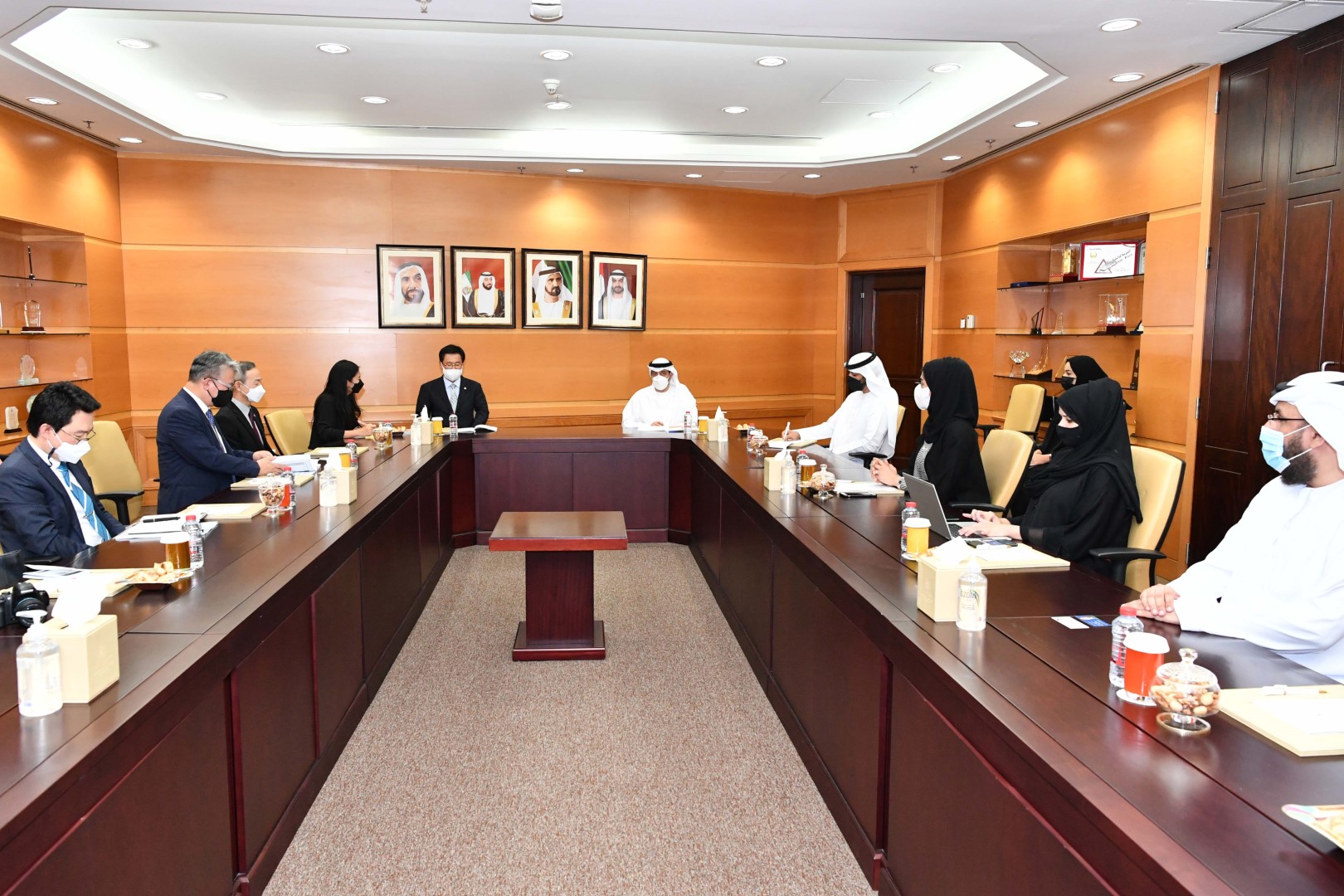 DUBAI, 11th August, 2021 (WAM) -- The Ministry of Energy and Infrastructure discussed, with a South Korean delegation, ways of strengthening their cooperation in the areas of hydrogen, water desalination, infrastructure development and public transport systems, in line with Dubai's smart city plans and efforts to exchange expertise and develop innovative energy and transport solutions.

The discussion took place during a meeting between Hassan Mohammed Juma Al Mansouri, Under-Secretary for Infrastructure and Transport Affairs at the Ministry, and members of the South Korean delegation.

During the meeting, the sides discussed ways of reinforcing their relations to help turn future challenges into opportunities to achieve shared goals and improve quality of life.

They also highlighted the importance of exchanging visions and plans and developing an effective partnership across vital sectors.

Al Mansouri said the South Korean delegation was briefed about the best practices implemented in the UAE, as well as the country’s experiences, achievements and future goals in infrastructure development, in addition to the ministry’s sustainability system and its action plan for achieving the UAE's objectives for the next 50 years.

The UAE’s infrastructure and transport sector has seen considerable development, boosting the country’s position in this area, he added.

The UAE Government prioritises infrastructure and transport projects, given their key role in driving sustainable development, he added, noting that the ministry utilises an innovation and artificial intelligence (AI) system in the implementation of international best practices, and has collaborated with strategic partners to enhance the UAE's global competitiveness.

The ministry has established flexible action plans that will help achieve the UAE 2071 Centennial, as well as support the national economy and enhance the happiness and satisfaction of citizens and residents, he further added.

An official from the Korean delegation said that the UAE has become a role model for other countries, due to the major strides it made over a short period, especially across energy, infrastructure, housing and transport fields.