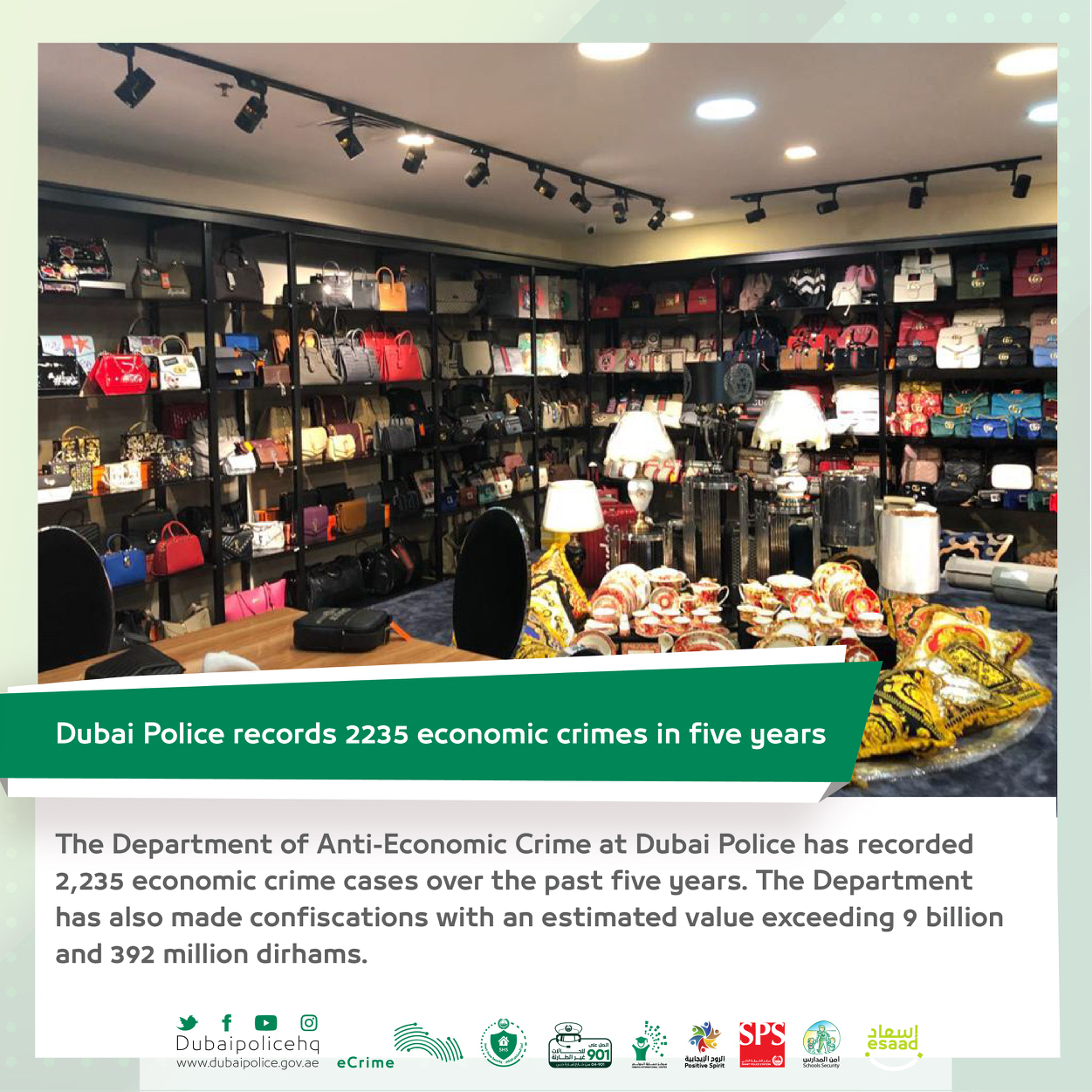 DUBAI, 16th August, 2021 (WAM) -- The Department of Anti-Economic Crime at Dubai Police has recorded 2,235 economic crime cases over the past five years with more than AED9.392 billion worth of confiscations.

According to Brigadier Jamal Salem Al Jallaf, Director of the General Department of Criminal Investigations at Dubai Police, Dubai Police, is keen to arrest those involved in economic crimes through a precise action plan in coordination with trademark partners, adding that regular meetings are held between brands’ representatives and officers of the Department of Anti-Economic Crime to explore methods and tools to uncover counterfeit goods. Dubai has earned the confidence and trust of various and prestigious international brands for its phenomenal efforts in combatting economic crimes, he pointed out.

Colonel Omar bin Hammad, Acting Director of the Anti-Economic Crime Department, said that the cases varied between commercial fraud, counterfeiting, multiplication of money, sorcery, and forgery. He confirmed that the department works around the clock to combat economic crimes, and that they are present across various traditional and smart channels.

Col. bin Hammad explained that this year, the department, through its three sections - the Anti-Counterfeits Section, the Anti-Fraud Section, and the Anti-Commercial Fraud and Piracy Section – has recorded 315 cases, involving 394 accused and registered seizures worth more than AED1,736,932,967.

Col. bin Hammad further explained that they closely work with partners from the Department of Economic Development, Dubai Customs, Dubai Land Department, the Central Bank of UAE, TRA, and the DHA to ensure the security of the emirate’s markets. The General Department of Criminal Investigation has been keen to organise training workshops in coordination with partners and trademark owners to develop the capabilities of personnel working in combating economic crimes, he added.