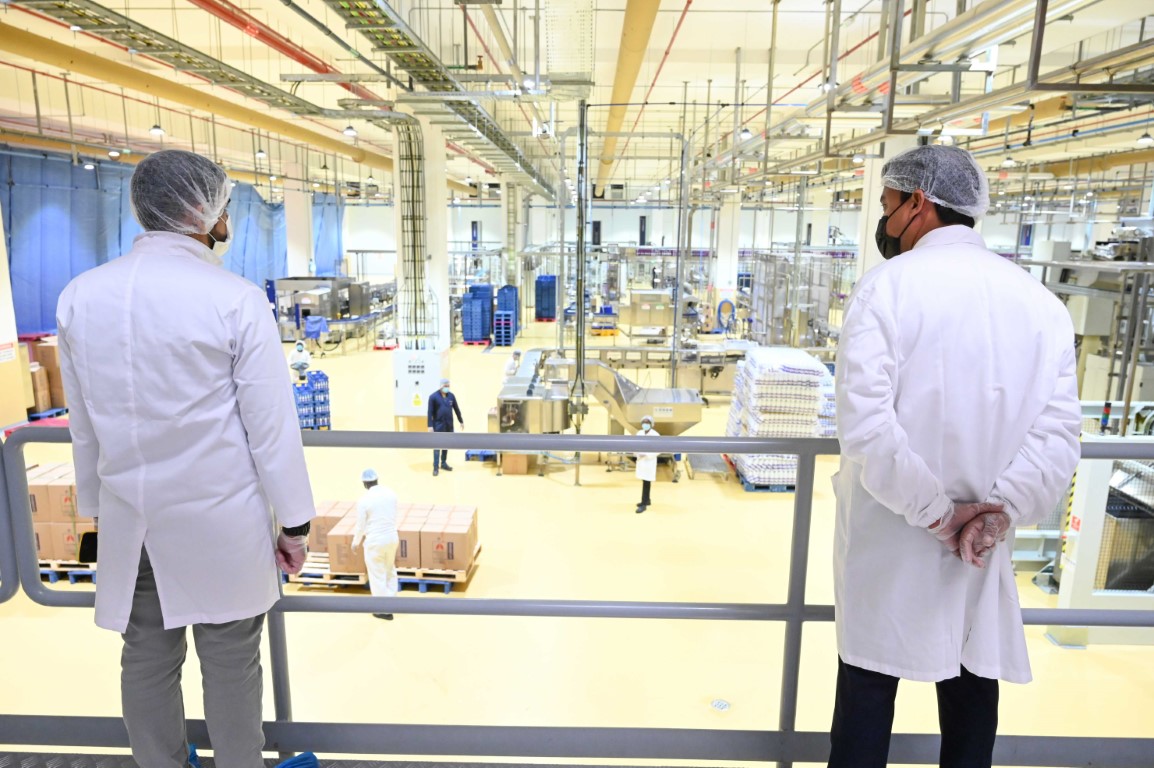 ABU DHABI, 22nd August, 2021 (WAM) -- The Abu Dhabi Department of Economic Development and the Industrial Development Bureau (IDB) has revealed the success of the Basic Industrial Project by introducing new 22 industrials licenses in the first year of the project. These licenses include the medical, food and electrical sectors with a total investment of AED286.4 million.

Mohamed Ali Al Shorafa, Chairman of the Department, said that the basic industries project contributes to the self-sufficiency of the industrial commodities across Abu Dhabi, and promotes the fields of local industrial investment within key sectors, including medical, food and electrical industries. As well as other important industries such as steel, aluminum and cement, in order to achieve the self-sufficiency of the emirate in terms of basic and the most commonly consumed commodities at the local level.

Al Shorafa stated that the Industrial Development Bureau seeks to add 50 new local industrial facilities over the next three years to contribute to achieving self-sufficiency in many targeted industrial fields including medical, food and electrical industries. He also indicated that ADDED has identified 725 industrial activities that are available for 100 percent foreign ownership, which in turn contributes to attracting further foreign direct investments in the industrial fields targeted by the project.

He also highlighted the role of the Department of Health, Department of Energy, Abu Dhabi Investment Office, Abu Dhabi Agriculture and Food Safety Authority, as well as Rafed for Collective Purchasing to enhance the efforts of the Department represented in the Industrial Development Bureau (IDB) to achieve the objectives of the basic industries project. He also stated that the manufacturing industries in Abu Dhabi have spurred the growth rate to 4.8 percent and raising the share of the non-oil GDP by 13 percent at the end of 2020, according to Statistics Centre-Abu Dhabi.

Al Shorafa pointed out that the Department has launched the industrial commodities self-sufficiency plan in Abu Dhabi in the early last year. It also has identified the list of investment activities for the targeted sectors by adding 29 new activities in partnership with the Abu Dhabi Investment Office, to develop a plan to attract additional foreign investments to the emirate.

The IDB’s report monitored the measurement of the basic industries project impact that contribute to achieving self-sufficiency, highlighting the new investments based on its classification, which amounted to 22 new industries that have been licensed with a total investment of AED286.4 million.

The report also pointed out that 9 industrial licenses were issued in the electrical industries sector with a total investment of AED 14.8 million.

Furthermore, it added that as part of the efforts of the provision of raw materials, Abu Dhabi Medical Devices Company has coordinated with Borouge Company to provide the plastic raw materials for local medical use, in order to manufacture medical injections with a total investment of AED94.28 million. This coordination will raise the production capacity to 11 percent as of July 2021, with a total monthly volume of 61 million injections.