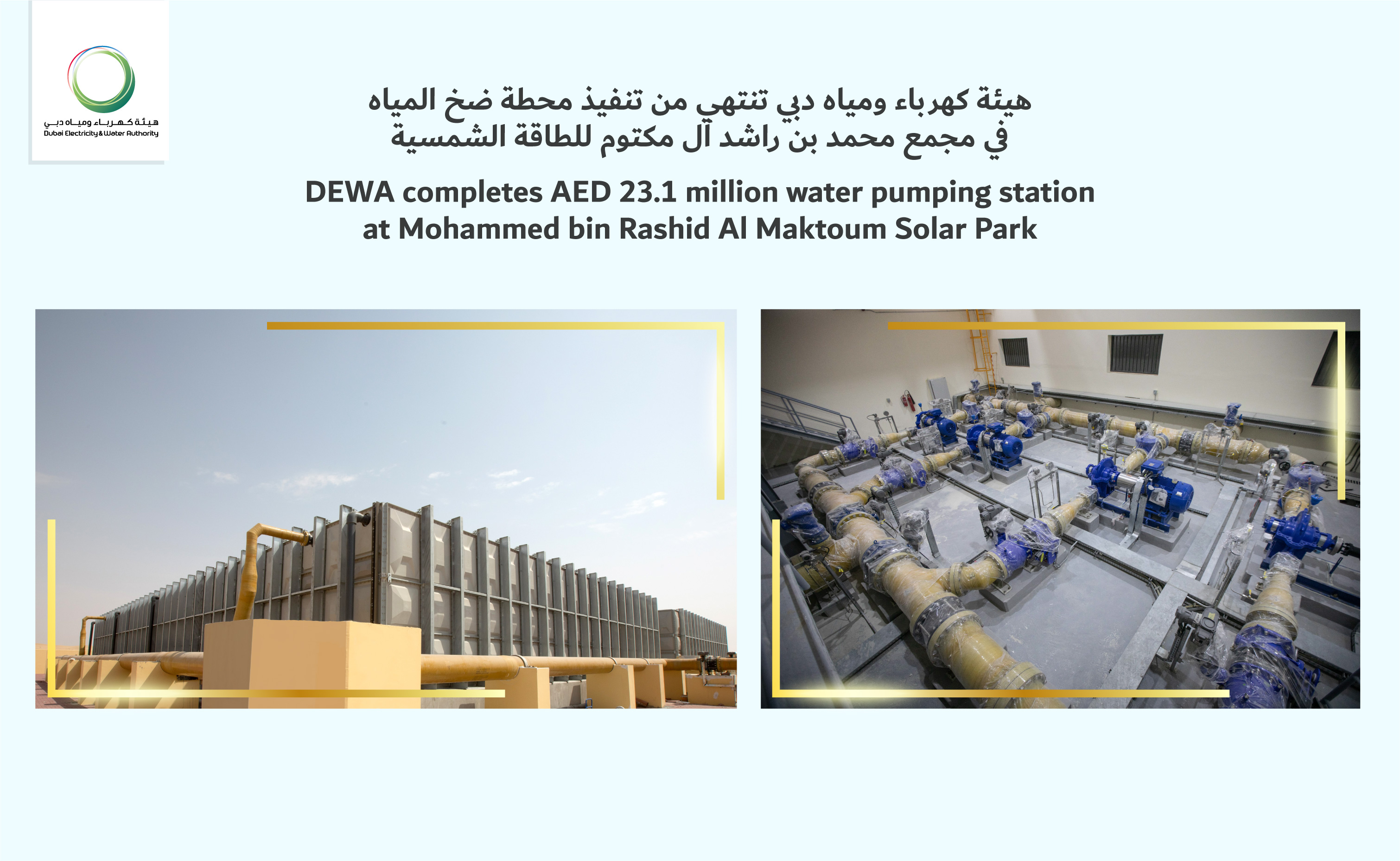 DUBAI, 24th August, 2021 (WAM) -- Dubai Electricity and Water Authority (DEWA) has announced the completion of the Water Pumping Station project at the Mohammed bin Rashid Al Maktoum Solar Park at a cost of AED23.1 million. The station has a capacity of 7.5 million imperial gallons of water per day (MIGD).

Commenting on the completion of the project, Saeed Mohammed Al Tayer, MD and CEO of DEWA, said that the pumping station uses the latest technologies to ensure energy efficiency, adding that DEWA continues to develop the water network across all areas of Dubai through water production, transmission, and distribution projects to meet the rapid growth in demand for water across the Emirate.

Electricity and water infrastructure expansion plans are developed based on demand forecast in Dubai until 2030.

Abdullah Obaidullah, Executive Vice President of Water and Civil at DEWA, said that the pumping station fulfils the water demand of the different facilities and buildings at the Mohammed bin Rashid Al Maktoum Solar Park and nearby areas. He also noted that the station uses clean energy from the solar park and can be operated remotely through the Supervisory Control and Data Acquisition (SCADA) system.