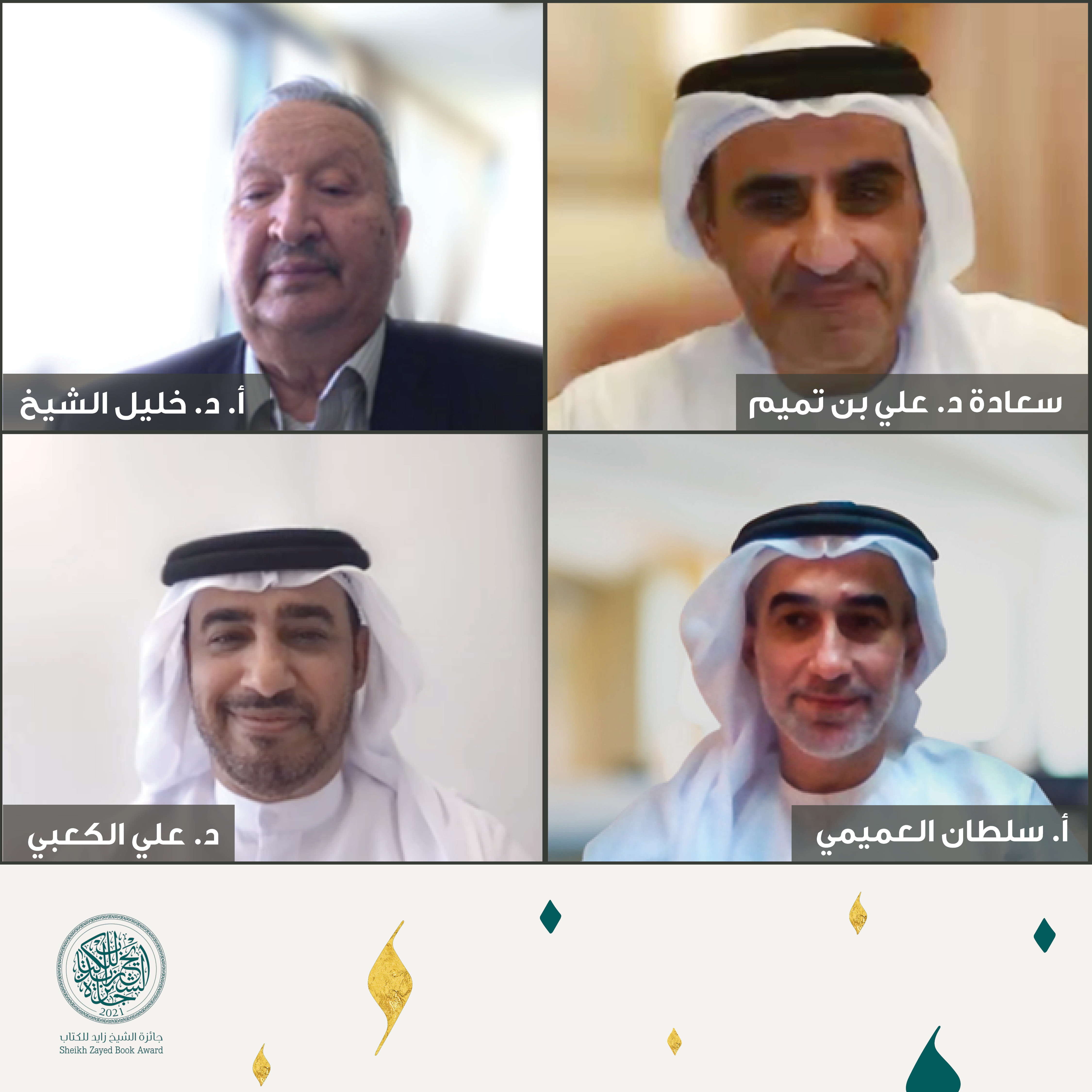 With the submission process beginning in June and running until 1st October, works in Arabic, English, Spanish, Italian, German and French have been submitted, as well as a notable increase in Russian literature compared to previous editions of the awards.

This number of submissions was revealed during the first virtual meeting of the Sheikh Zayed Book Award (SZBA) Reading Panel, which has commenced the reviewing process for the 16th edition. The Panel will continue reviewing submissions until the end of the submissions period on 1st October, in order to evaluate how well they meet the criteria for the awards, with the eligible works being selected for the awards’ longlists.

The panel was chaired Dr Ali Bin Tamim, Secretary-General of the SZBA and Chairman of the ALC. Also in attendance were panellists Professor Dr. Khalil Al Shaikh of Jordan and Emirati literary critic and poet Sultan Al Amimi, both of whom are members of the awards’ Scientific Committee, and Dr. Ali Al-Kaabi from the UAE.

"The Sheikh Zayed Book Award continues to strengthen its presence in the global literary scene as we welcome more and more submissions from around the world in various languages," said Dr. Bin Tamim. "This is an indication of the strategic position of the awards on the international stage and the vital role it plays as a cultural bridge of dialogue and communication.

The longlist will be announced in November, when the panel of judges will begin assessing the nominated works, which will be judged on knowledge specialisation, commitment to clear analysis and composition, aesthetics of language and style, information sufficiency, comprehensiveness, relevance, reliability of sources and references, academic integrity in quoting and documentation, originality and novelty of subject matter.

The review process will continue until January 2022, with the SZBA Scientific Committee examining the judges’ reports to unveil the shortlists in March. These will then be evaluated by the Scientific Committee and Board of Trustees to approve the final winners, which will be announced in April 2022.