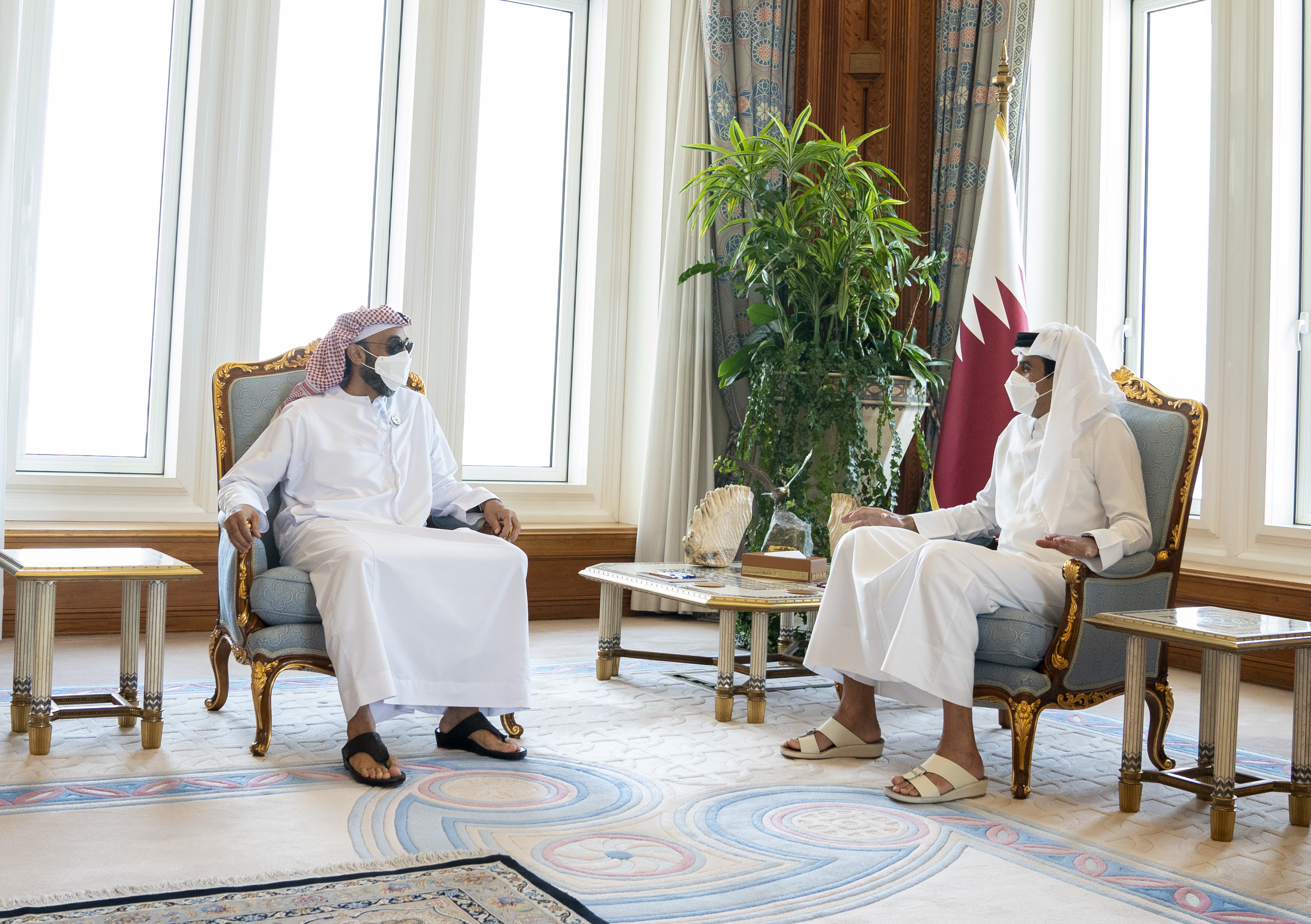 The meeting touched upon bilateral relations and ways to further develop cooperation between the two countries, especially in the economic and trade fields and vital investment projects that serve the process of construction, development and progress as well as achieving the common interests of the two countries.

They also exchanged views, during the meeting, on a number of issues of common interest.