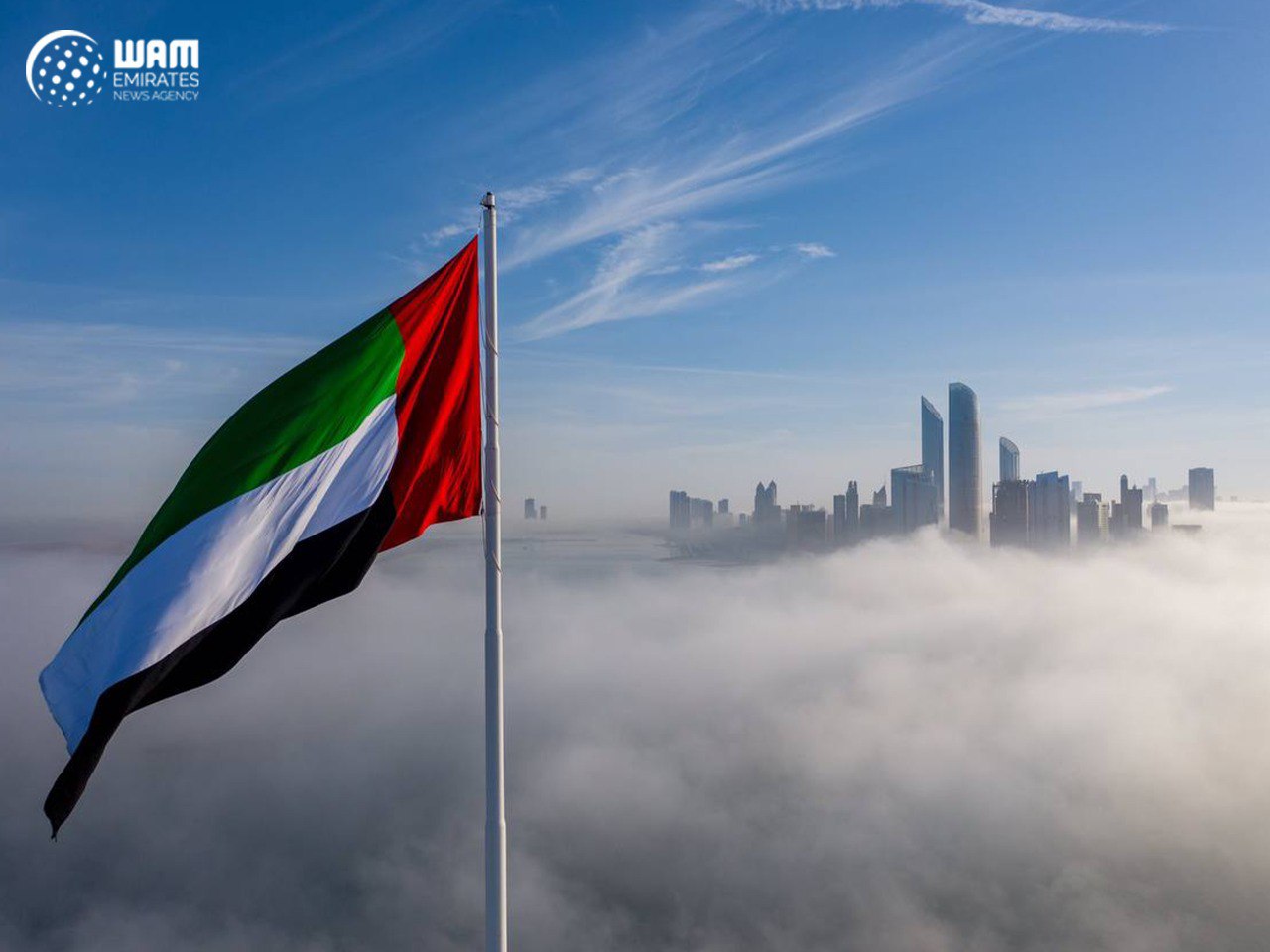 ABU DHABI, 30th August, 2021 (WAM) -- The issuance of Federal Law No. 12 for 2021 on the National Human Rights Institution by President His Highness Sheikh Khalifa bin Zayed Al Nahyan has crowned the UAE’s significant efforts to protect and strengthen human rights over the past 50 years.

The law grants the institution independent status, so it can enjoy financial and administrative independence while performing its duties, activities and competencies, including a range of powers related to upholding and protecting human rights in the country.

According to the law’s provisions, the institution will oversee awareness campaigns, promote the culture of human rights, and offer suggestions to relevant authorities on the compatibility of legislation and laws with the international human rights conventions ratified by the country.

The institution will also be in charge of monitoring human rights violations, verifying their veracity and reporting them to relevant authorities, in addition to participating in human rights regional and global events.

The UAE has a record full of achievements in promoting and protecting human rights, supported by its cultural legacy, its constitution that grants civil freedoms to all, and its legislative system that maintains the principles of justice and equality, in line with the Universal Declaration of Human Rights.

Since its formation, the UAE has aimed to establish a local community characterised by tolerance and pluralism, where many nationalities and cultures live together in harmony. It has also succeeded in establishing a comprehensive system of legislations and executive procedures that protect the rights of women, children, senior citizens, people of determination, workers and prisoners, in addition to its contributions to combatting human trafficking both regionally and globally.

The Constitution The UAE grants civil rights and freedoms to individuals through its Constitution, which states that everyone is equal before the law and there is no discrimination between the country’s citizens based on origin, place, religious beliefs or social class.

The Constitution also stipulates that the law must protect the personal freedoms of all citizens, and no one can be arrested, monitored or detained outside the framework of the law.

The UAE Constitution has identified the rights and freedoms enjoyed by all citizens and prohibits torture and arbitrary detention, as well as degrading and inhuman treatment. It also protects civil freedoms, including the freedoms of expression, the press, peaceful gatherings, the formation of associations, and the practice of religious rituals.

Tolerance and Coexistence The UAE is promoting the values of tolerance and coexistence through a federal law combatting discrimination and hate. The country established the Ministry of Tolerance and Coexistence, the National Tolerance Programme, and international partnerships to build capacities, prevent violence, and address crime and terrorism, through establishing the International Tolerance Institute, the Hedayah Centre to Combat Violent Extremism and the Sawab Centre, a UAE-US online engagement initiative, in support of the global coalition against extremism.

In an unprecedented event followed by the entire world in February 2019, the UAE hosted the Global Conference on Human Fraternity, which aimed to encourage dialogue on coexistence and fraternity between communities and ways of promoting them globally.

The conference issued the Human Fraternity Document for World Peace and Living Together, which was signed by His Holiness Pope Francis, Head of the Catholic Church, and His Eminence Dr. Ahmed el-Tayeb, the Grand Imam of Al-Azhar and Chairman of the Muslim Council of Elders.

Justice The UAE’s judicial sector is known for its full independence, as the constitution forbids interventions by any authority. All citizens, residents and visitors in the country have the right to a fair trial. The UAE also allows the public to see its laws and publishes them in the country’s official gazette.

The UAE believes in providing legal and judicial assistance to those who cannot afford legal fees. Under the country’s Constitution, everyone has the right to appoint a lawyer to represent them before the courts, and economic and social conditions should not pose an obstacle.

The Ministry of Interior offers Emirati prisoners special programmes aimed at training them to join the labour market, which is managed by Higher Colleges of Technology. The Ministry of Community Development also provides financial aid to the families of prisoners.

Combatting Human Trafficking The UAE combats all forms of human trafficking crimes both regionally and globally, through the ‘5 Ps’ national strategy of Prevention, Prosecution, Punishment, Protection of victims, and Promotion of international cooperation.

Several relevant national authorities offer care and rehabilitation services for human trafficking victims, including the Ewaa shelters for women and children victims of human trafficking crimes, the Abu Dhabi Centre for Sheltering and Human Care, the Dubai Foundation for Women and Children (DFWAC) and the Women's Protection Centre of the Sharjah Social Services Department.

Women’s Rights The UAE is ranked first regionally and 18th globally in the United Nations (UN) Gender-Equality Index, and the first in the Middle East and North Africa in the World Bank’s report, entitled, "Women, Business and Law 2021."

In 2019 and 2020, the UAE issued 11 new laws and legislative amendments that achieved several accomplishments in the field of gender equality in terms of wages in the private and public sectors, as well as in women’s parliamentary representation.

The UAE issued a law on domestic violence that protects all individuals, both male and female, without discrimination, and another law punishing anyone who exposes a woman in a way that offends her modesty by word or deed in a public road or place with imprisonment and a fine, or one of the two penalties.

In 2020, the UAE made amendments to its penal code, removing an article justifying "honour crimes," which are now treated as murder according to the provisions in force in the penal code, in line with the country’s commitment to protecting women's rights and promoting the principles of the rule of law.

Emirati law has also abolished all restrictions imposed on women working at night and working in manual jobs, such as mining, construction, manufacturing, energy, agriculture and transportation, giving them the right to work in these industries.

The Labour Law prohibits discrimination between employees in obtaining jobs and promotions and gender discrimination in jobs with the same functions.

The UAE tops the list of countries supporting women globally, with the value of Emirati foreign aid aimed at empowering and protecting girls and women from 2016 to 2019 amounting to US$1.68 billion, according to a report issued by the Ministry of Foreign Affairs and International Cooperation (MOFAIC).

Children’s Rights The UAE has upgraded its child care efforts to advance basic rights to the empowerment stage, by providing children with the best health and education services that guarantee their correct and healthy upbringing in an appropriate human, economic and social environment.

The UAE launched the National Motherhood and Childhood Strategy 2017-2021, which aims to reinforce the right of children and mothers under a comprehensive care system and within a sustainable and healthy environment. It also aims to ensure the rights of children and the youth to quality education, and encourage their participation in planning policies and programmes.

The UAE has adopted the best legal protection for children through Federal Law No. 3 for 2016, the "Wadeema Law," which guarantee children all their rights, such as the right to life, basic rights, health, educational and intellectual rights.

The establishment of the Emirati Children’s Parliament highlighted the UAE’s keenness to empower children and the youth and develop their political awareness, enabling them to participate in the process of national development.

The Rights of People of Determination The UAE ensures equality between people of determination (people with disabilities) and their peers and prevents any discrimination against them due to their special needs, supported by laws and economic and social development policies.

Federal Law No. 29 for 2006 aims to ensure the rights of people of determination, as well as provide them with required services and ensure decent living standards.

According to the law, special needs cannot be a reason to prevent people of determination from receiving their full rights and services, most notably healthcare, social, economic, health, educational, professional, cultural and entertainment services.

The UAE launched the National People of Determination Empowerment Policy to encourage their participation and guarantee equal opportunities in a community where they are integrated and have decent lives.

The UAE is also exerting considerable efforts to integrate people of determination who are students in the educational system.

Cabinet Resolution No. 43 for 2018 aims to support the rights of people of determination in the labour market and enable them to access available opportunities within their full rights and while being equal with others. It also aims to support those wishing to establish private businesses.

The Rights of Senior Citizens The UAE Government decided to change the term, "elderly people," to "senior citizens," given their extensive expertise and their devotion to serving their country.

The country issued Federal Law No. 9 for 2019 on the rights of senior citizens, to ensure their rights to independence and privacy, including to make decisions related to their properties, funds and places of residence, in addition to protecting them from violence and negligence.

The law stipulates the rights of senior citizens to have a suitable environment, housing, education and work, and aims to enable them to benefit from their capacities and integrate them into the community. The law also grants them the right to receive the best social and healthcare services, as well as preferential treatment in terms of housing requests, government transactions and receiving aid and services.

In October 2018, the UAE launched the National Senior Citizens Policy, which aims to improve their quality of life and enable them to continue participating in the community. The policy has seven pillars, which are healthcare, community interaction and active living, investing in energies and civil participation, infrastructure and transport, financial stability, security and safety, and future life quality.

Workers’ Rights The UAE constantly evaluates all aspects of labour in the country, starting with recruitment to the provision of adequate housing, to ensure respect for the rights of foreign workers and their appropriate treatment and equality, as well as to enable them to report labour conflicts and abuse.

The country prohibits imposing recruitment fees on potential workers and employees by establishing measures to protect workers from suspicious recruitment offices. It also prohibits the confiscation of workers’ passports and does not require workers to obtain their employers’ permission to leave the country.

In 2015, the Ministry of Human Resources and Emiratisation issued three ministerial resolutions, 764, 765 and 766, which include labour amendments that aim to establish voluntary relations between workers and employers according to contracts overseen by the government.

In 2017, the UAE issued a domestic labour law that consists of 41 clauses covering recruitment in this category. The law guarantees their rights and humane treatment.

Workers in the UAE enjoy full protection from any racial discrimination during their stay in the country. Moreover, the labour environment is characterised by gender equality in workplaces, such as giving women fully paid maternity leave.

Since 2009, the UAE has implemented a wage protection system, which has helped stabilise labour relations, provided a safe working environment, and protected the right of workers to receive their wages without delay in line with their employment contracts.

The UAE is keen to provide adequate and decent labour housing for workers, in line with international standards, and labour cities are regularly monitored to ensure they meet appropriate requirements and conditions. Severe penalties are imposed against violating establishments.