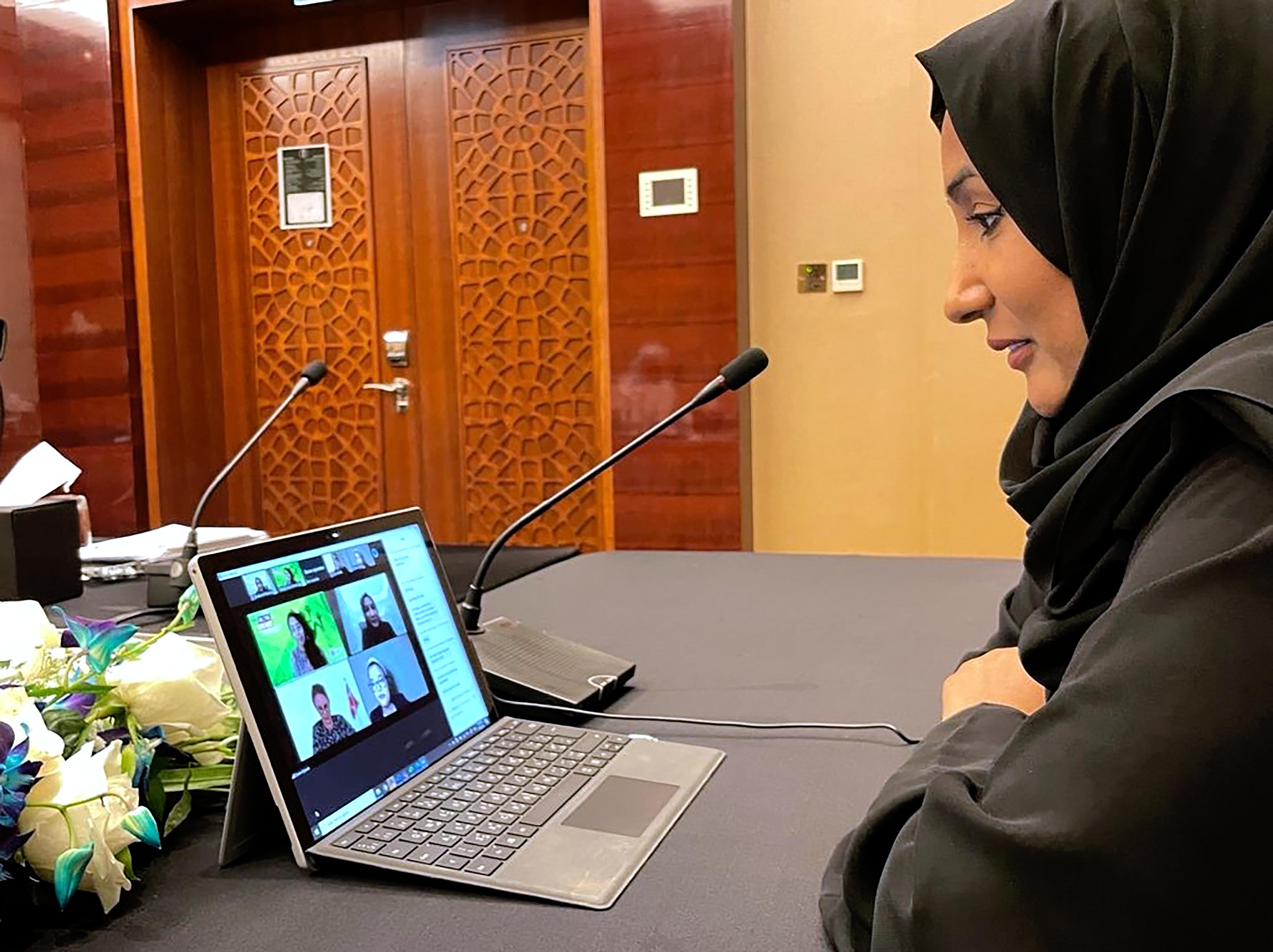 ABU DHABI, 6th September, 2021 (WAM) -- During her address to the International Union for the Conservation of Nature (IUCN) Global Youth Summit 2021, the Secretary-General of the Environment Agency – Abu Dhabi (EAD), Dr. Shaikha Salem Al Dhaheri, highlighted the importance of empowering youth and encouraging them to take collective action for the preservation of the environment.

The Youth Summit is part of the IUCN World Conservation Congress that began in Marseille, France on 3rd September and concludes on 11th September, 2021.

At home in the UAE, Dr. Al Dhaheri informed her audience that roughly 75 percent of the population of three million is under the age of 35 years, with around 25 percent of the population between the ages 20 and 35 years. "It is important to harness this critical resource and the UAE government has recognised this by appointing one of the youngest ministers in the world at the age of 22."

She said, "From my earliest days with the agency, I received unwavering support and care that the Abu Dhabi government provide to the youth of the Emirate. I shadowed experienced scientists in the field as I enhanced my knowledge and field skills, and I was allowed to develop myself academically. First, with my master's degree and then my doctorate."

"It is now my turn to continue to nurture and encourage our young people as they grow into the leaders of tomorrow. I mentor several young people at the EAD to help them develop and advance their scientific understanding and management skills. I lead community events engaging youth in conservation efforts," she added.

She added that at the global level two global youth councils have been established, involving 28 young members from the UAE, the United States and the United Kingdom. In addition, the EAD supports youth development internationally through their Scimitar-horned Oryx conservation work in Chad by providing opportunities for young Chadians to be part of the programme.

During the summit, one of the main questions Dr. Al Dhaheri addressed was how to take forward youth priorities and outcomes highlighted during the Global Youth Summit in her work. In response, she expressed her keenness on making data accessible to young people and fostering a healing human-to-nature relationship through several immersive awareness programmes such as the "Connect with Nature" initiative and other eco-tourism initiatives.

She also shed light on several examples of EAD youth-related programmes. These include sponsored corporate programmes such as Shell’s "Enviro-Spellathon" launched in 2001, which has since evolved from a paper-based to a digital platform reaching 1.8 million young people.

Furthermore, the Sustainable Schools Initiative, sponsored by British Petroleum since 2009, now has over 150 schools (almost one-third of all Abu Dhabi schools) with thousands of children taking part in field trips and undertaking eco-projects. Similarly, the Borouge-sponsored Sustainable Campus Initiative has grown since its launch in 2014 to now include 23 universities (or almost 20 percent of all the universities in UAE) taking part.

The Roots and Shoots EAD programme, in cooperation with the Jane Goodall Foundation, provided a generation of young Emirati with inspiration, knowledge and skills to make a difference and enjoy sustainable life.

She said, "We celebrated the annual Roots & Shoots Awards in UAE with 13 different schools being awarded. During the event, schools were recognised for their contribution to the Roots and Shoots cause and took part in activities to learn about turtle conservation. Additionally, we have the E-green platform for delivering online training modules. The focus so far has been on materials for the Sustainable Schools Initiative as well as more general topics on habitats and species."

She added, "We also conducted four virtual activities with 1,667 participants through our social media channels to raise awareness on biodiversity."