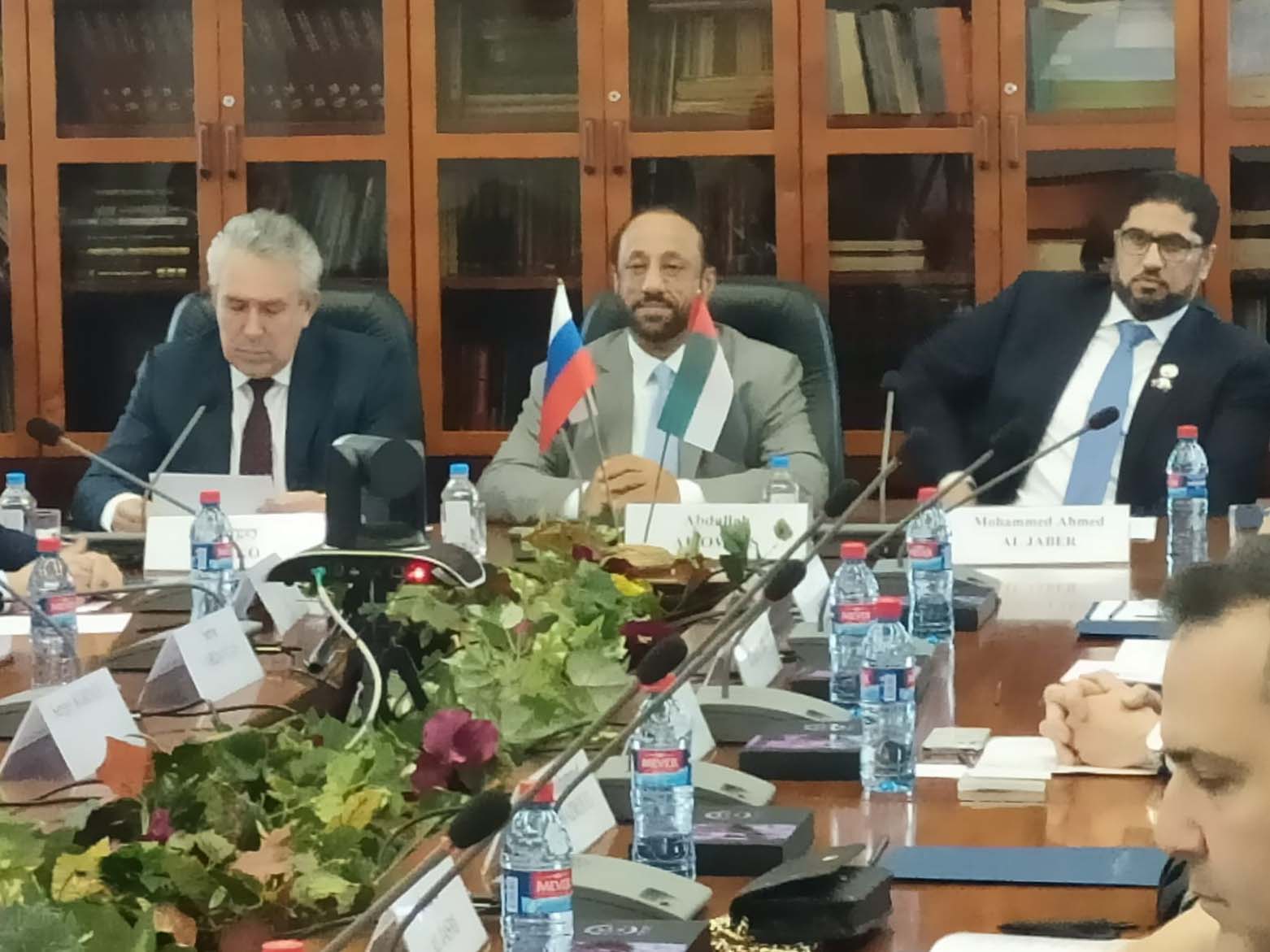 The visit, which will continue until 12th September, aims to enhance the level of economic and trade cooperation and mutual investment between the Emirate of Sharjah and the Republic of Russia, as part of the growing relations between the UAE and Russia across various domains.

Dr. Al Falasi said that this meeting reflects the close interaction between the business communities in both countries and their desire to boost economic ties, pointing out that the UAE is one of the main destinations for Russian tourists as a result of the various facilities and benefits provided by the state. "This is shown in the steady increase in the number of tourist trips, which affirms the strength and size of relations between the two countries."

He added that such meetings will contribute to raising tourism cooperation during the coming period, noting that the precautionary measures and the pioneering steps taken by the UAE thanks to the visions and directives of its leadership, in terms of daily tests and vaccination campaigns for the country’s citizens, residents and visitors have greatly contributed to accelerating the recovery of the tourism sector in the UAE.

Dr. Al Falasi hoped that this meeting would positively serve the aspirations of both countries in all fields, especially in the field of tourism.

Al Owais, in turn, stressed that the UAE-Russia Business Council plays an active role in developing economic and investment trade cooperation, strengthening ties between participants, and opening new investment channels. This will help to promote diversification of income sources, attract value-added investments to the economy, and increase the volume of non-oil exports.

He pointed out that the volume of trade exchange between the UAE and Russia has grown significantly in recent years, as Russia ranked first among the UAE's trading partners in Eastern Europe and Central Asia, while the UAE maintained its position as Russia's main trading partner in the Arabian Gulf. The UAE's exports amounted to about AED28 million in 2021, and about AED55 billion in trade exchange between the two countries from 2015 to 2020.

Al Owais highlighted the capabilities and potential of the business sector in the country, which is characterised by economic and commercial openness to the world and the availability of an encouraging investment environment for Russian capital and companies, pointing out that Russian industries will find encouraging demand in the UAE market, especially with the upcoming Expo 2020 Dubai in October.

The UAE Ambassador stated that Russia has become a preferred destination for Emirati tourism, and many elements make the two countries able to develop relations in this sector and push them forward to serve their common interests.

Gorkov said that the forum is a continuation of the previous meetings that took place in the UAE, which aimed to strengthen partnership in the economic fields, hoping that the visit of the Emirati delegation would achieve the desired goals and contribute to building strategic relations that strengthen vital economic partnerships, including the tourism, investment, trade, innovation and advanced technology sectors. ​