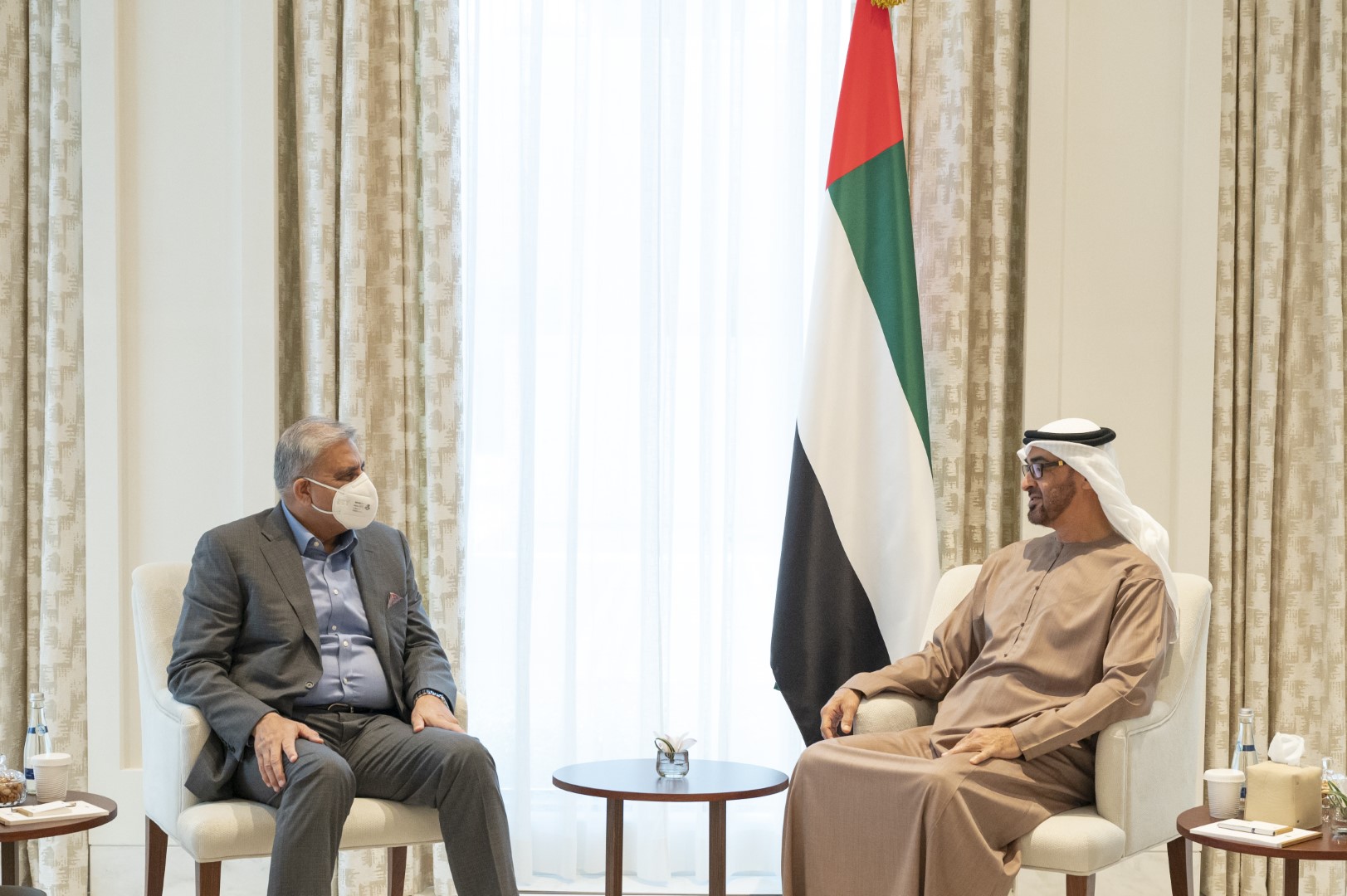 His Highness Sheikh Mohamed and General Bajwa discussed, during the meeting, relations of friendship, cooperation and joint coordination between the two countries in defence and military affairs and ways to develop them to serve their mutual interests.

The two sides also discussed regional and international developments and a number of issues of common interest.