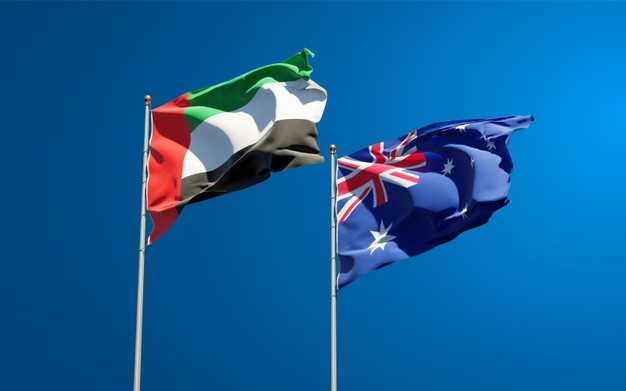 During the meeting, which was held at the Ministry of Foreign Affairs and International Cooperation in Abu Dhabi, Al Sayegh welcomed the minister and the delegation, highlighting the importance the UAE attaches to its relations with Australia, which are based on cooperation and common joint interests.

The Australian side praised the UAE's exceptional efforts in organising Expo 2020 Dubai and taking all precautionary measures to welcome visitors and make the pavilions of the participating countries a success, including the Australian pavilion.

During the meeting, the two sides discussed ways to enhance bilateral relations between the two friendly countries in various fields, especially economy, trade and investment.

The two sides also touched upon opportunities for cooperation in the field of smart solutions for food and water security and economic diversification policies.