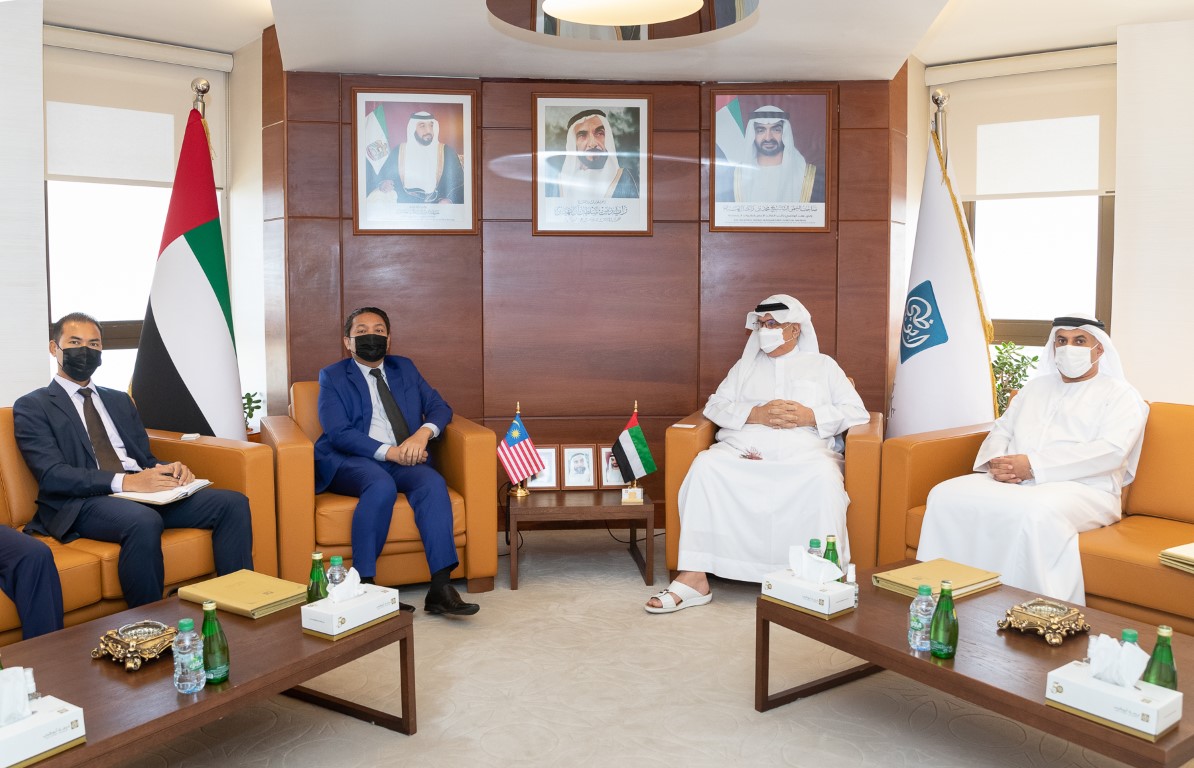 ABU DHABI, 11th October, 2021 (WAM) -- Abdullah Mohamed Al Mazrouei, Chairman of Abu Dhabi Chamber of Commerce and Industry, received Mohammad Tarid bin Sufian, Ambassador of Malaysia to the UAE, at the Chamber’s tower in Abu Dhabi to discuss the prospects of expanding economic cooperation between the business communities in both countries.

During the meeting, attended by Mohamed Helal Al Mheiri, Director-General of Abu Dhabi Chamber, Al Mazrouei highlighted the Chamber’s efforts to increase economic cooperation between businesses in Abu Dhabi and Malaysia, adding that the UAE in general, and Abu Dhabi in particular, is continuing to bolster its relations with southeast Asian countries.

Al Mazrouei underscored the importance of sharing ideas to increase the share of national products in Malaysian markets, which act as a window for Southeast Asian countries.

He added that Abu Dhabi is open to foreign businesses, due to its position as one of the most attractive economies for direct foreign investments regionally and internationally supported by its conducive investment legislation and incentives.

Al Mazrouei also highlighted the need to double the efforts to provide Malaysian investors with more facilities and activate communication channels between Emirati businesses and investors and their Malaysian counterparts.

The Malaysian Ambassador underlined his country’s eagerness to boost economic relations with Abu Dhabi and increase visits between entrepreneurs in both countries.

He added that Dubai Expo 2020 acts as a direct economic platform that serves the public interest.