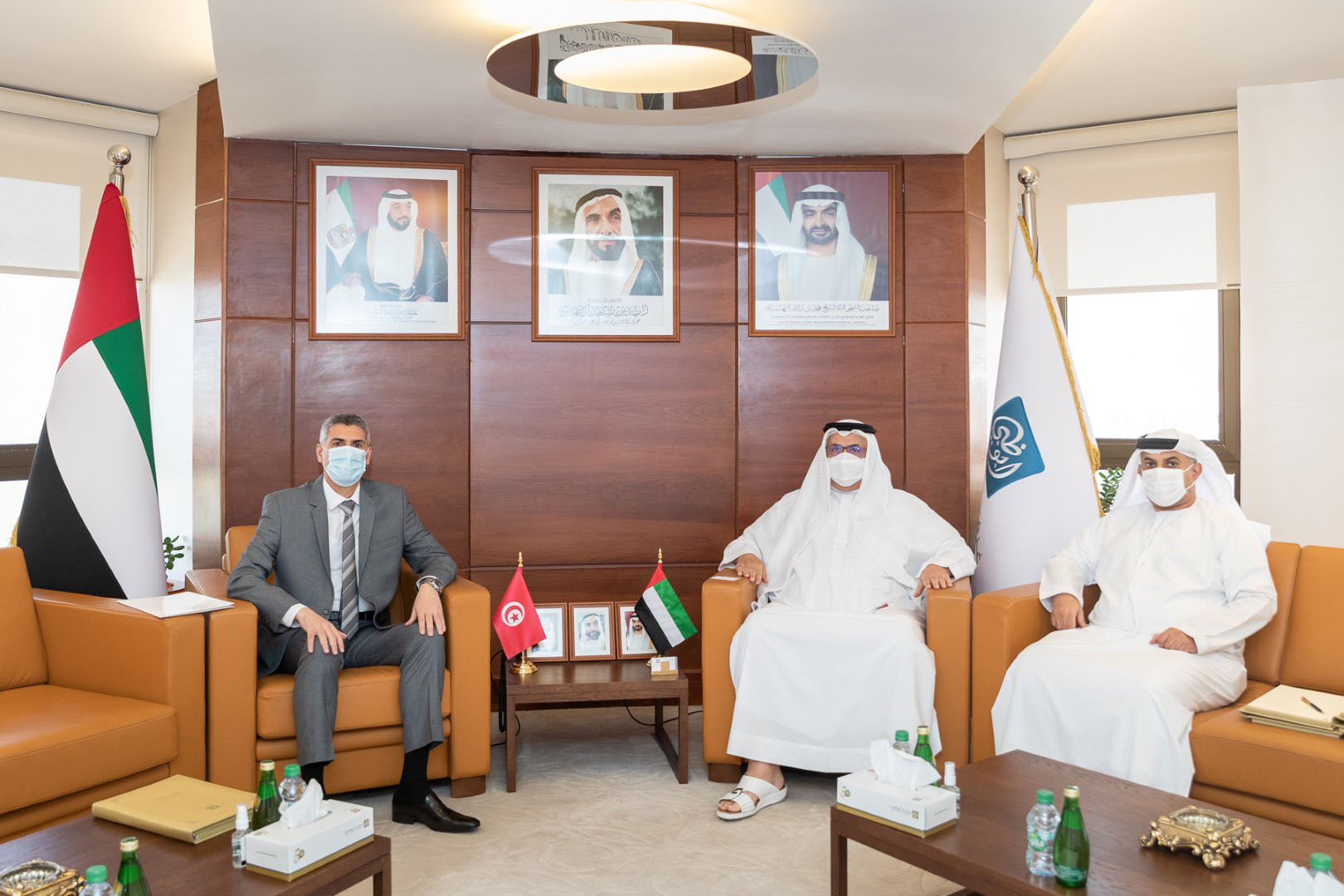 During the meeting, Al Mazrouei underscored the strong relations between the UAE and Tunisia on all levels, emphasising the need to bolster the economic relations between investors and the business communities in both countries.

He said that the Chamber is ready to provide any type of support required to develop cooperation relations between the UAE and Tunisia across various fields, highlighting Abu Dhabi's attractive business climate, which earned it its position as the most preferable investment destination in many world competitiveness indexes.

For his part, Ambassador Binameem lauded the Chamber’s keenness on supporting the growth of economic cooperation between businesses in both countries.

Moreover, the Ambassador highlighted the Tunisian government's plans to boost economic and investment cooperation with the UAE by establishing partnerships and increasing communication channels between the business communities in Abu Dhabi and Tunisia.