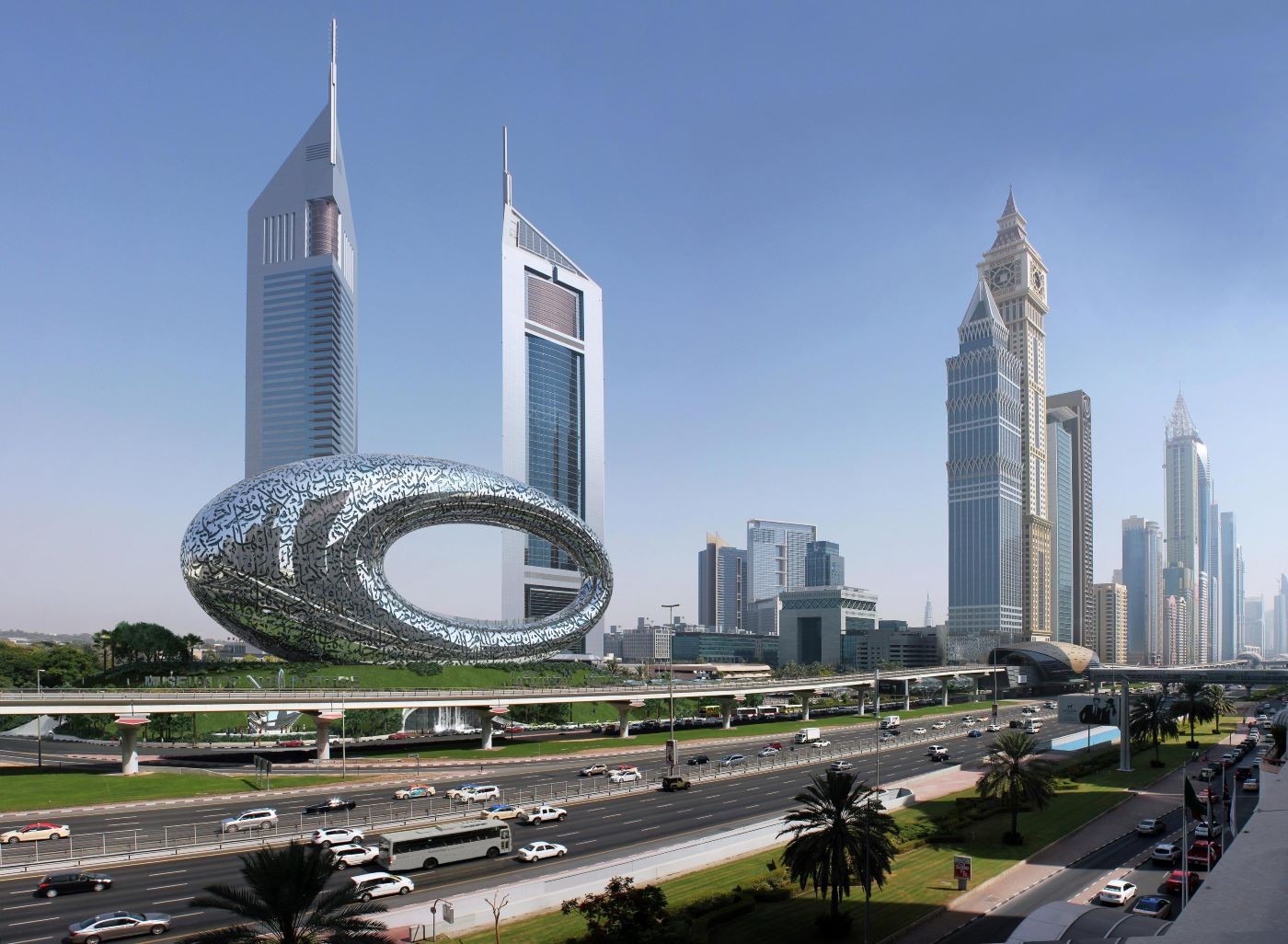 DUBAI, 12th October, 2021 (WAM) -- A new report, titled 'Hydrogen: From Hype to Reality', has called on the importance of developing integrated strategies to produce, store and use hydrogen energy.

As the world strives to achieve net-zero emissions, hydrogen will be crucial to decarbonize hard-to-abate industries, such as steel, cement, aviation and shipping, it noted.

The report is launched by Dubai Future Foundation (DFF) in partnership with the Ministry of Energy and Infrastructure, the Ministry of Climate Change and Environment (MoCCAE) and the Dubai Electricity and Water Authority (DEWA).

Speaking on the launch of the report, Suhail bin Mohammed Al Mazrouei, Minister of Energy and Infrastructure, said, "The UAE is one of the leaders in the fields of renewable and clean energy and a forerunner in adopting innovative methods to enhance the efficiency of the energy sector. To achieve these priorities, the country launched the UAE Energy Strategy 2050 that targets an increase in the share of renewable and clean energy sources in the energy mix to strike a balance between its economic needs and environmental goals.

"Hydrogen energy is one of the solutions that support sustainable development. It can be produced from available traditional sources, such as oil and gas, or from renewable sources, including solar energy and wind, in addition to geothermal energy and organic sources. Hydrogen production from fossil fuels is currently the most cost-competitive in our region at US$1.5 per kilogram."

"In a record time, the UAE has made great strides in clean energy owing to its progressive legislation that keeps pace with the latest developments, addresses the most pressing challenges and sets ambitious goals for the future, " he noted.

Mariam Hareb Almheiri, Minister of Climate Change and Environment, said, "The deployment of clean energy solutions is a key pillar of global climate action, as it significantly contributes to reducing greenhouse gas emissions and expedites the way to a net-zero future. The impressive technological advances have helped us find new sources of clean energy, with hydrogen at the forefront.

"Through launching green hydrogen production and use programs and projects, the UAE is leading the international race to leverage clean hydrogen as the fuel of the future."

Saeed Mohammed Al Tayer, CEO of DEWA, commended the collaboration with DFF in issuing the report, noting that green hydrogen represents one of the pillars of a sustainable future that depends on accelerating the transition to carbon neutrality to support a green economy.

He said, "Producing green hydrogen is part of DEWA’s efforts to support the Dubai Clean Energy Strategy 2050 that aims to provide 75 percent of Dubai’s total power capacity from clean energy sources by 2050. The Green Hydrogen project, which has been implemented in collaboration between DEWA, Expo 2020 Dubai and Siemens Energy at DEWA’s R&D Centre in the Mohammed bin Rashid Al Maktoum Solar Park, is the first facility in the Middle East and North Africa to produce hydrogen using solar power. The plant was designed to facilitate future applications and test platforms of different uses for hydrogen. This project will contribute to paving the way for building an economy based on clean energy."

Khalfan Belhoul, CEO of DFF, pointed out that the launch of the report demonstrates DFF’s keenness to cooperate with all government and private sector entities to shape the future of the UAE’s energy sector, in addition to identifying relevant challenges and opportunities, and supporting the country’s progress in the fields of technology, innovation and economic diversification.

The report states that the UAE could become not only a leading hydrogen economy in the region but also a major exporter of hydrogen. Policymakers in Dubai are strongly recommended to pursue the ‘Producer & Hub’ export sector development strategy, which is possible under either high or medium domestic and international hydrogen demand. The strategy could add up to AED32 billion annually to Dubai’s GDP, create over 120,000 jobs and offset CO2 emissions equivalent to 84 days per year of the UAE’s crude oil production by 2050.

The full report is available on: www. dubaifuture.gov.ae.