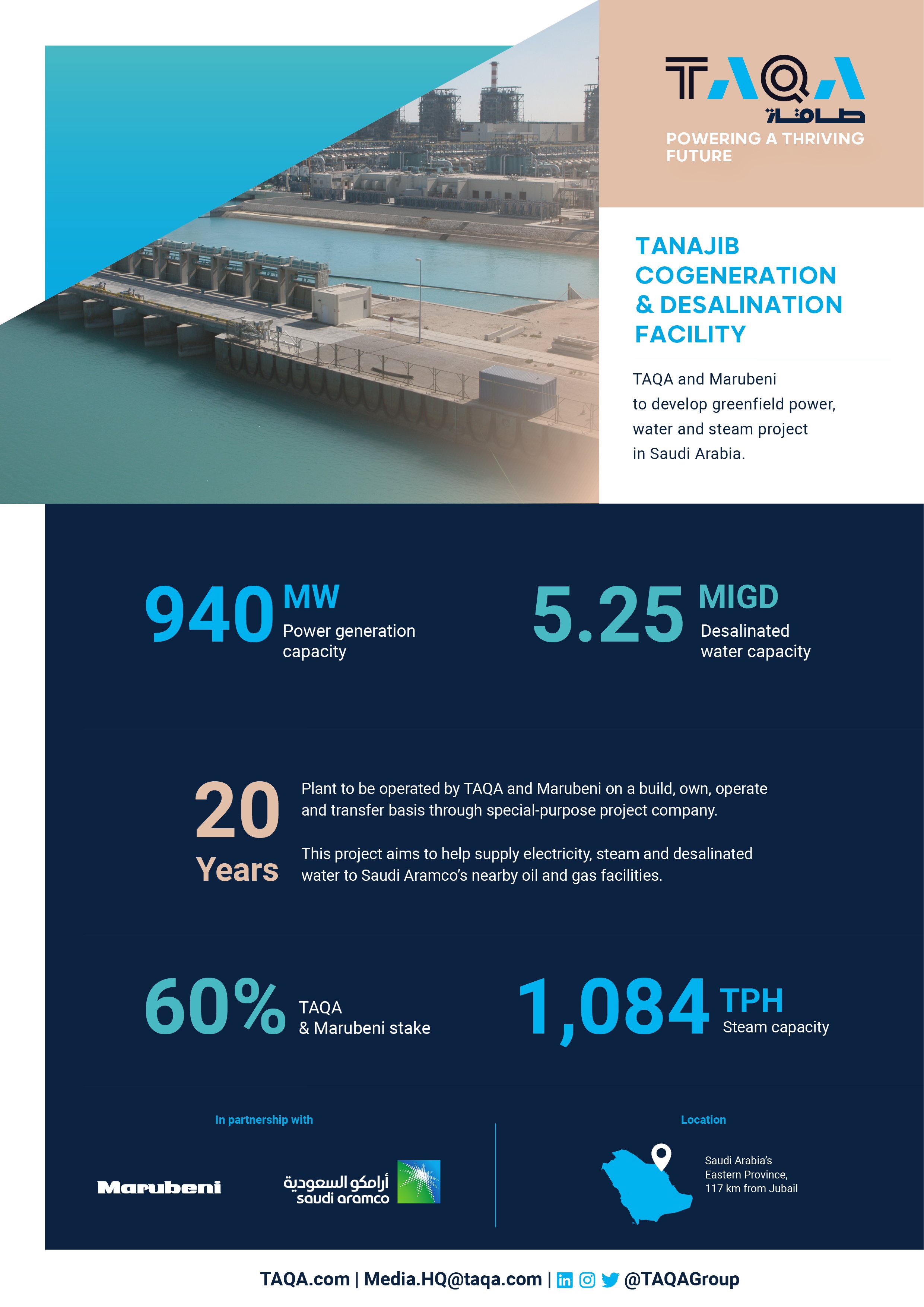 The Tanajib Cogeneration and Desalination Project will have a net capacity of 940 megawatts (MW) of power generation, 1,084 tonnes per hour of steam and 5.25 million imperial gallons per day (MIGD) of desalinated water gross capacity (net capacity: 4.3 MIGD), TAQA said on Thursday.

TAQA and Marubeni have signed a Water and Energy Conversion Agreement for a landmark greenfield industrial facility, as well as for the development of supporting infrastructure including pipelines to connect the desalination and cogeneration plants to end-users.

A special-purpose vehicle has been created to develop the plants with TAQA and Marubeni holding a 60 percent stake and Saudi Aramco with 40 percent. Under the contract, TAQA and Marubeni will operate the plants for 20 years on a build, own, operate, and transfer basis.

This project aims to supply electricity, steam and desalinated water to Saudi Aramco’s nearby oil and gas facilities.

Farid Al Awlaqi, TAQA Group’s Executive Director of Generation, said, "TAQA is pleased to partner with Marubeni and Saudi Aramco on a project of such strategic importance to the Kingdom. The Tanajib facility will utilise TAQA’s expertise in delivering efficient power and water projects, as well as further strengthening our capabilities in operations and maintenance through a 40 percent stake in the O&M company. TAQA has made a firm commitment to expand its generation capacity by up to 15 GW internationally by 2030 and this project demonstrates the progress we are making on this while also expanding our existing footprint in Saudi Arabia."