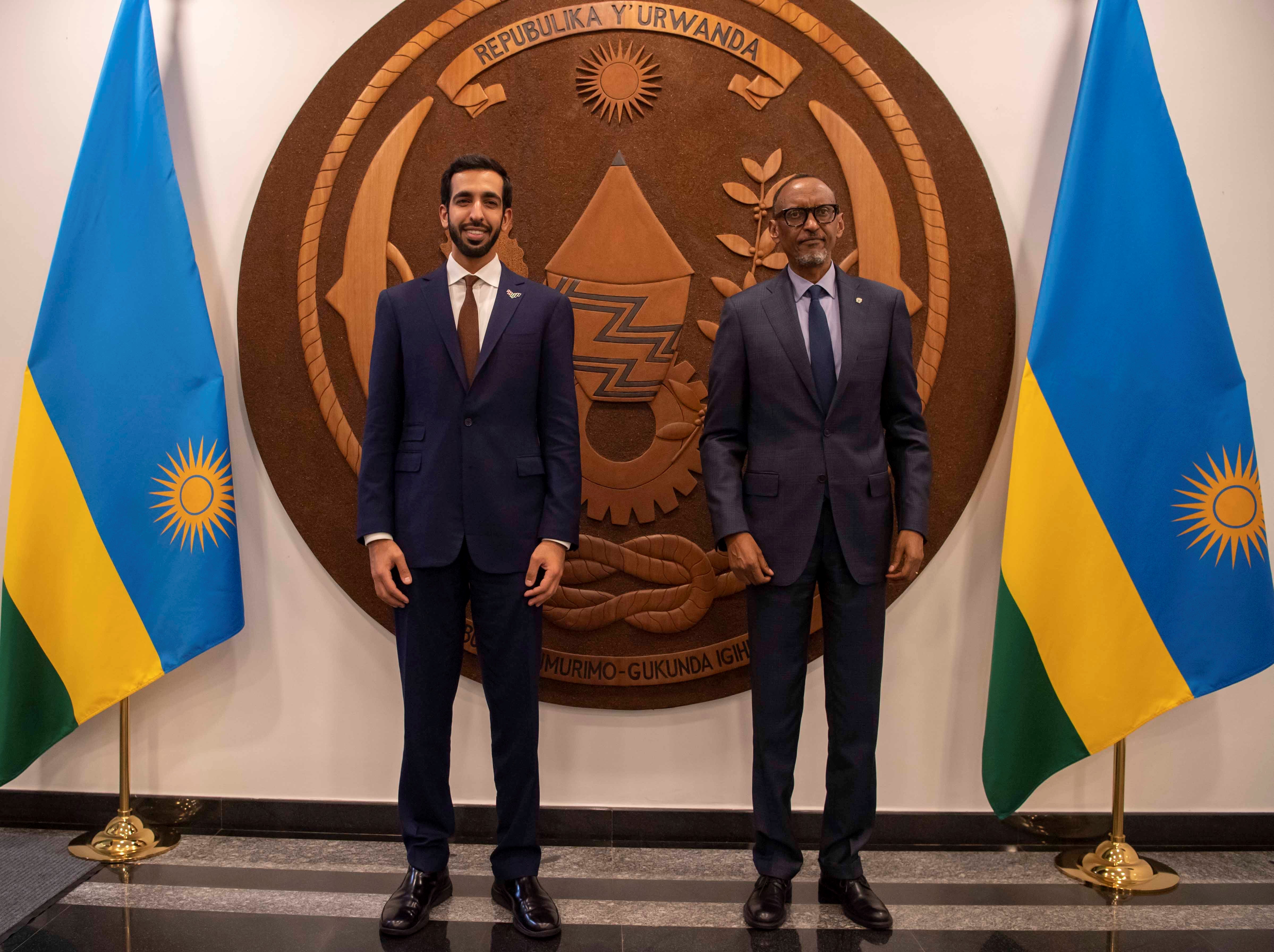 The President of Rwanda, in turn, reciprocated his greetings to the UAE leaders, and his wishes for progress and prosperity to the UAE.

This visit comes as part of a tour conducted by Sheikh Shakhbout and his accompanying delegation to a number of African countries to strengthen the firm and solid relations between the UAE and the countries of the continent, and to create new partnerships to achieve the interests and aspirations of the peoples of the two regions.