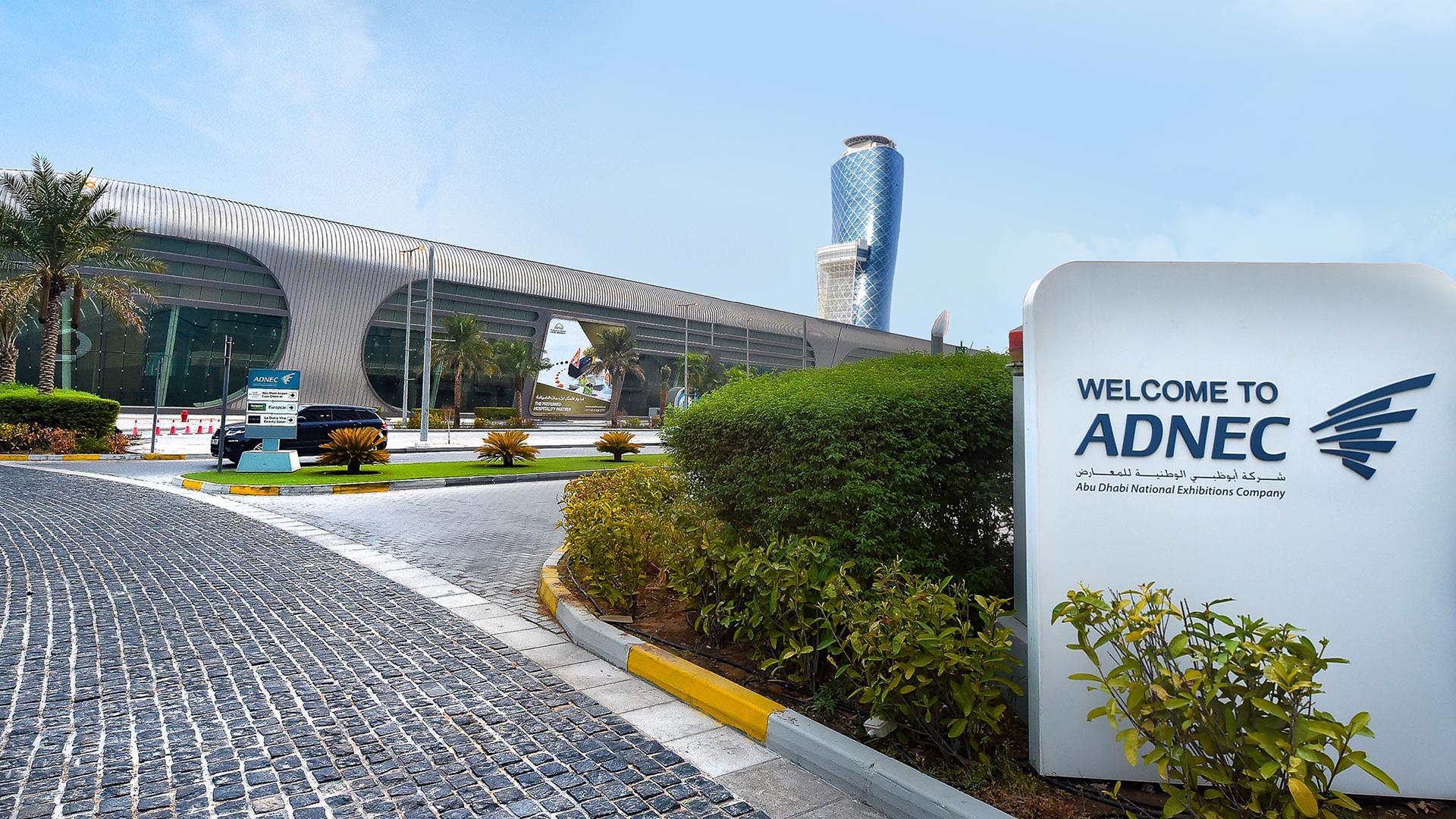 ABU DHABI, 27th October, 2021 (WAM) -- The Abu Dhabi National Exhibitions Company (ADNEC) announced today the launch of its plan for expanding the facilities and infrastructure of the group’s centres in Abu Dhabi and London, in a step that will significantly contribute to reaffirming its leading global position in the business tourism sector.

The expansion plans will boost ADNEC’s competitiveness and ability to attract and hold major international events for all sectors.

The development operations at Abu Dhabi National Exhibition Centre include building the largest exhibition hall in the Middle East and North Africa region and boast an overall area of 10,000 square meters. This will be located at the Marina across from the Centre, and will be the first of its kind in the region to be located on a waterfront.

Development will commence for the area across from the Grand Platform at the centre, which will add over 10,000 square meters by adding areas for outdoor activities, thereby raising the total outdoor space for exhibitions at this area by 70 percent to reach 24,000 square meters.

Development work for the ExCeL London centre in the UK which is owned fully by ADNEC, will include beginning the third stage of expanding its facilities. This involves adding 25,000 square meters of space for exhibitions, establishing new halls for meeting and conferences, and adding several services facilities across three floors, which will increase the centre’s overall space by 25 percent to reach 125,000 square meters.

Humaid Matar Al Dhaheri, Managing Director and Group CEO at ADNEC, said, "The new expansion of the group’s assets in Abu Dhabi and London affirms the increasing importance of the business and leisure tourism sectors. These industries are key in advancing the next stage for both countries’ economies, as they help diversify sources of income and strengthen the main sustainable contributors to it."

Al Dhaheri added, "ADNEC’s strategy is based on the principles of turning challenges into opportunities, and this is what the company’s team has done by emphasising the readiness of the group’s centres to lead the stage of recovery. We have moved on from the exceptional circumstances that have affected the world by providing an advanced infrastructure with the necessary flexibility to welcome people from across the globe once more to our centres in a safe and reliable business environment. This approach is in line with the vision and aspirations of our wise leadership and will continue to be so for the next fifty years.

"The development process for the company’s centres will contribute to increasing the direct and indirect contributions of the tourism business sector to the economy of Abu Dhabi and London. It supports sustainable development in the UAE and Britain, leading to transferring and localising advanced technologies in both countries."

Jeremy Rees, Chief Executive Officer at ExCeL London, said, "This expansion of ExCeL London confirms ADNEC’s commitment to boosting the centre’s competitiveness and its ability to provide services to partners according to the highest international standards. It will contribute to supporting the efforts to enhance the position of London and the Royal Docks district as a preferred destination for hosting leading global events.

"ExCeL London has played a pivotal role is revitalising the economy through the events it hosts which help support the prosperity of sectors such as public transport, hospitality, accommodations, and aviation. This latest investment will enable ExCeL to continue having a positive economic and social impact for years to come, benefitting communities across London."

The current and future expansion plans will not impact operations and the hosting of events at these centres, and the development of their facilities and infrastructure will enhance their distinction and ability to service more sectors and attract more exhibitor companies from all over the world.

The process is expected to involve the development of infrastructure in the Canal and Marina area. The new hall’s design will be flexible and capable of hosting events of various scales and types from different sectors, and it will be equipped with the most cutting-edge world-class technology for this sector. This will be in addition to facilities and infrastructure that will help provide a unique experience to participants and visitors alike.

Since its inception in 2005, ADNEC has been committed to keeping up with the significant growth witnessed in the exhibitions and conferences sector on the regional and international levels. This was carried out by adopting an ambitious, futuristic investment strategy for the continuous development of facilities according to the highest international standards. This has contributed actively to the success of all the exhibitions and conferences hosted by the group’s centres in the UAE and abroad, boosting these centres’ competitiveness and their ability to meet and exceed the expectations and requirements of event organisers, specialised international and professional confederations, and visitors and participants.

Abu Dhabi National Exhibition Centre has gone through several stages of development since 2005 when the new centre was built and exhibition halls 1 to 7 were built. In 2008, the development of construction of halls 8 through 12 began along with the construction of the adjacent Hotel Aloft Abu Dhabi which opened in 2009, and in the same year the Marina area was developed and rehabilitated, which included the building of the pier and the bridge connecting the area to the Centre.

2011 saw the conclusion of the development and construction of Capital Gate tower, the world's farthest manmade leaning building according to the Guinness World Records. 2013 witnessed more expansions and infrastructure rehabilitation in the Marina pier opposite the centre, expanding the pier’s length, followed by developing and constructing the Capital Centre area opposite the centre in 2014 which includes a wide range of hotels and commercial and residential buildings.

As for ExCeL London, ADNEC had also carried out several development projects for the facilities of this centre. ExCeL London is fully owned by the company and is located in the British capital, after ADNEC Group acquired it in 2008 then beginning the second stage of construction which added 35,000 of exhibition space, in addition to building the International Convention Centre (ICC) which hosts the largest stage in Europe with a capacity of 5,000 attendees. It has 17 meeting halls and areas for hospitality and banquets. In 2010, ADNEC developed and constructed the adjacent Aloft London Excel Hotel which has 252 rooms, with development concluding in 2011.

ADNEC developed the facilities of Al Ain Convention Centre, its centre in Al Ain city in Abu Dhabi, concluding the first stage of development in 2011 which included the development of Al Khabisi 2 hall, renovating it completely and developing new facilities for the Centre, raising its capacity from 6,700 square meters to 13,000.

In 2016, ADNEC launched the second stage of developing Al Ain Convention Centre, which involved building a conferences centre and new halls for meetings and seminars with an overall area of around 1,000 square meters, in addition to developing the standing facilities’ infrastructure, raising the total area of Al Ain Convention Centre by 8 percent to a total of 14,000 square meters.