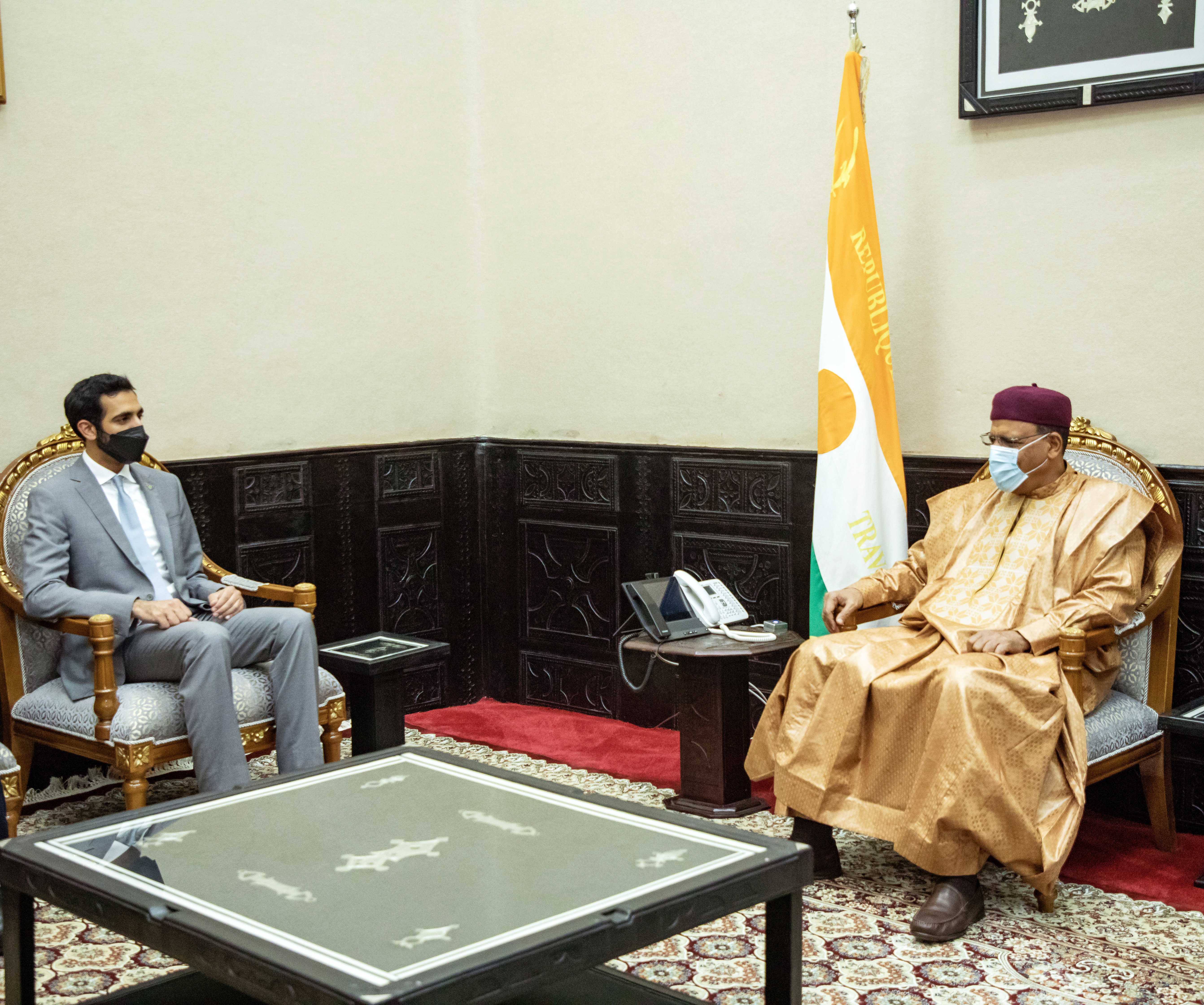 The President of Niger, in turn, reciprocated his greetings to the UAE leaders, and his wishes for progress and prosperity to the UAE.

President Mohamed Bazoum lauded the strong and deep-rooted relations between the two countries and the constructive cooperation at all levels, stressing that there are numerous opportunities to enhance them in different fields.

On the other hand, the UAE Minister of State also met with Hassumi Masoudou, Minister of Foreign Affairs of the Republic of Niger, where they discussed the distinguished bilateral relations between the UAE and Niger and ways to further these relations.