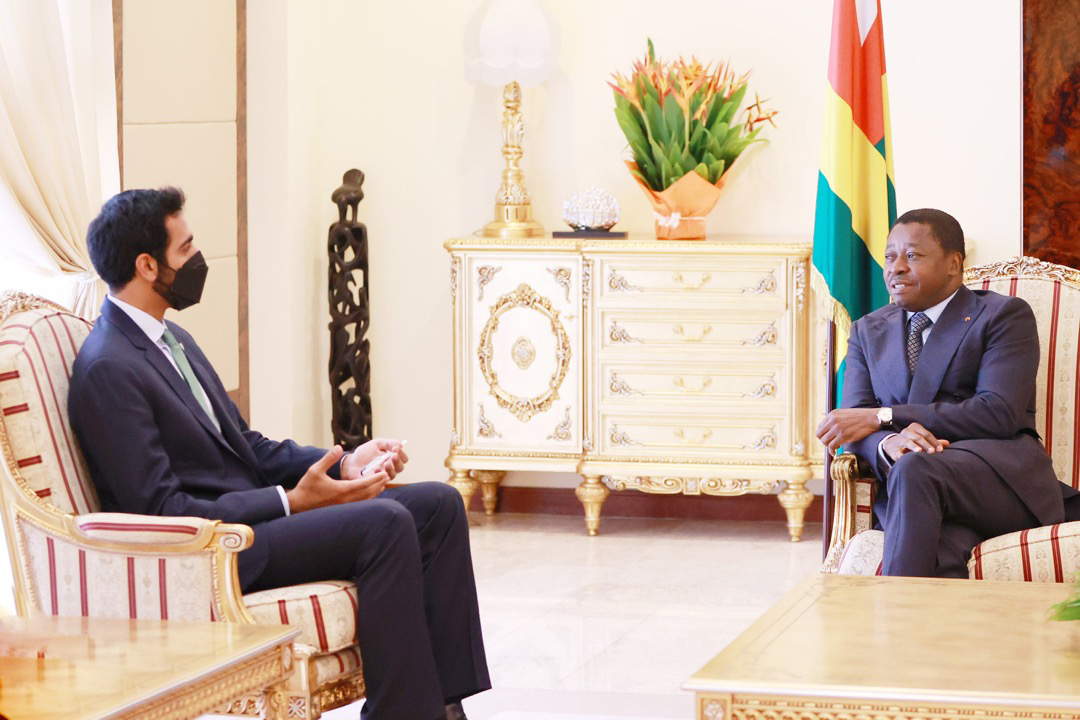 LOME, 29th October, 2021 (WAM) -- UAE Minister of State, Sheikh Shakhbout bin Nahyan Al Nahyan, met with Faure Gnassingbé, President of the Republic of Togo, in the capital, Lomé, where they discussed ways to develop bilateral relations between the two countries in various fields, and reviewed a number of regional issues of common interest.

They also explored ways of enhancing cooperation in the investment and economic fields.

President Gnassingbé lauded the strong and rooted relations between the two countries and the constructive cooperation at all levels, stressing the many capabilities and opportunities to support and enhance them in various fields.

For his part, Sheikh Shakhbout Al Nahyan affirmed that the relations between the UAE and the Republic of Togo are progressing steadily, pointing out several potential ways to develop mutual areas of interest and bring them to fruition for the benefit of both countries.

The UAE minister also met with Robert Dossey, Minister of Foreign Affairs of the Republic of Togo, during which they discussed the distinguished bilateral relations between the UAE and Togo, and ways to enhance them.