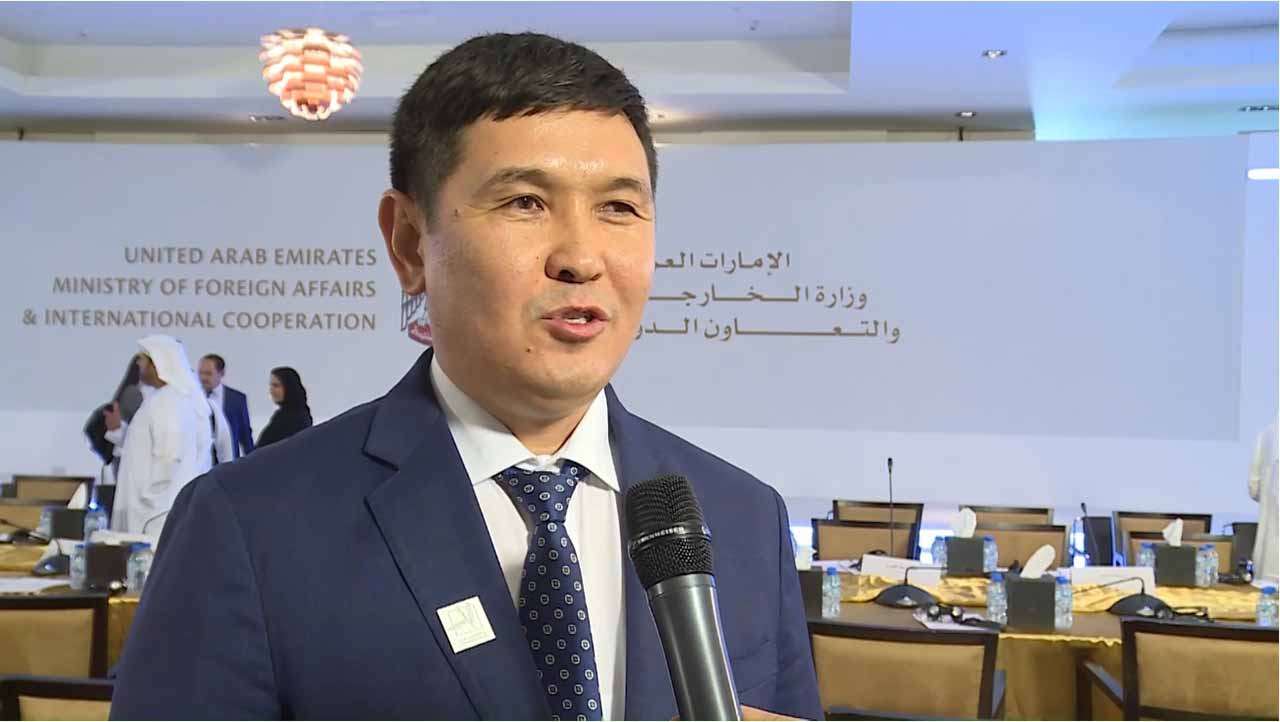 The Kazakh Ambassador congratulated Sheikh Mohamed on receiving the award and said, "His Highness Sheikh Mohamed bin Zayed presented a new model in the field of peace and global security and combatting nuclear proliferation, and went on to prove his mettle as an exceptional global leader worthy of recognition for his contributions to ensuring peace, regional stability and sustainable economic development."

Menilbekov affirmed that the UAE is a strategic, development and economic depth for Kazakhstan, and that the two countries present a distinctive and effective model capable of leading the world towards achieving peace and a brighter tomorrow for future generations.

On 28th October, 2021, Nursultan Nazarbayev, the First President of Kazakhstan, Head of the government's Security Council, presented Sheikh Mohamed bin Zayed with the prize, which is given in recognition of the efforts made by global leaders who contribute to strengthening regional and international peace, settling conflicts, limiting the spread of nuclear weapons, consolidating mutual trust between peoples and states and counterextremism.

Speaking of his country's efforts to advance nuclear disarmament efforts, Menilbekov said, "Today, Kazakhstan represents a clear example of how any country can achieve economic prosperity and national security without nuclear weapons, and its contributions to the nuclear disarmament programme demonstrates its commitment to global security goals. This secured Kazakhstan's position as a decisive, active and reliable member of the international community. Khazakstan's transition, in the 1990s, from a country with one of the world's largest nuclear arsenals to a nuclear-weapon-free country shows a conscious will to serve the interests of humanity."