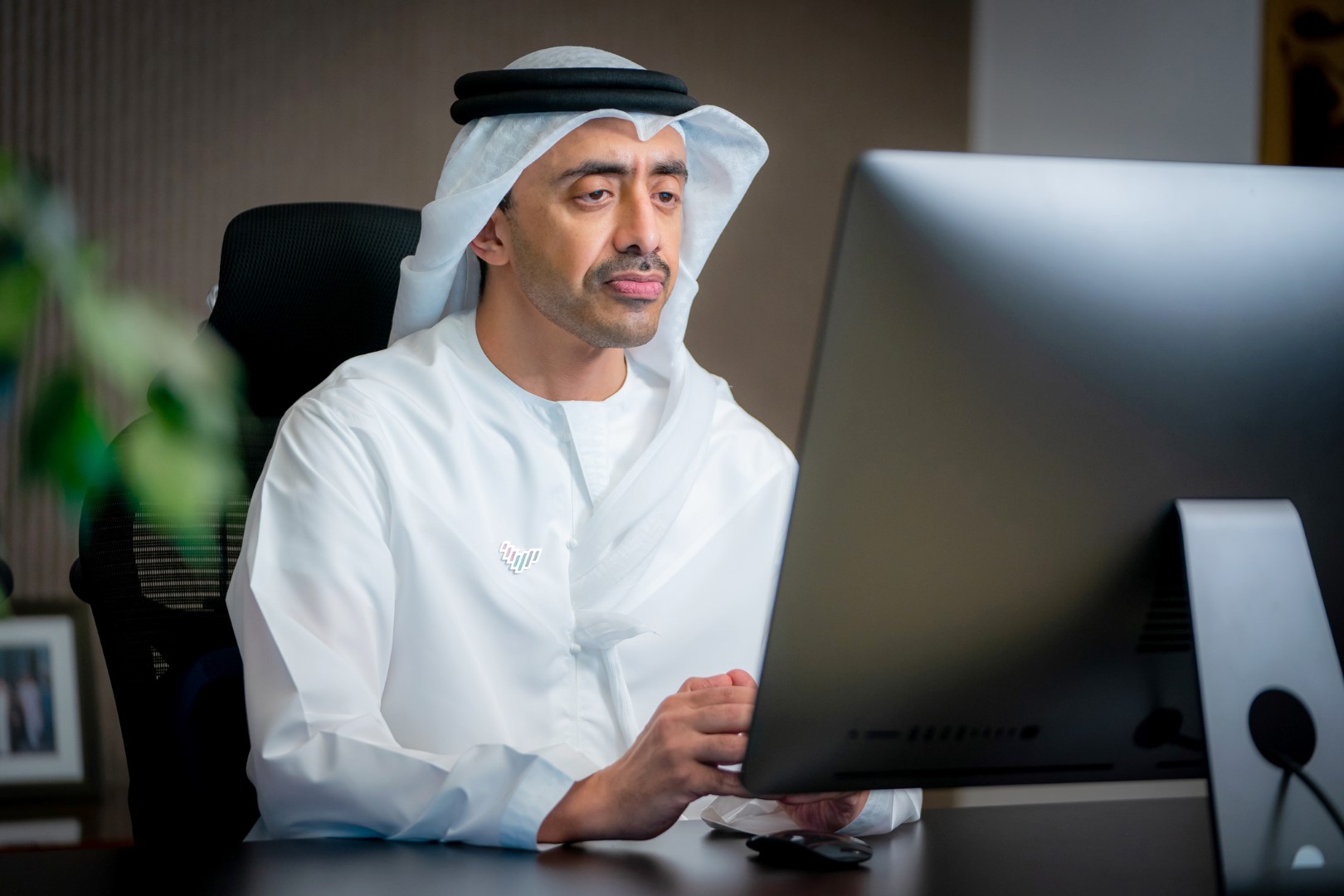 ABU DHABI, 22nd November, 2021 (WAM) -- The Executive Committee of the Abu Dhabi Fund for Development (ADFD) held its first meeting in 2021, under the chairmanship of H.H. Sheikh Abdullah bin Zayed Al Nahyan, Minister of Foreign Affairs and International Cooperation, Vice Chairman of the ADFD Board of Directors and Chairman of the Executive Committee.

A number of topics were reviewed during the meeting, including requests for funding development projects in various developing countries, and appropriate decisions were taken.

He hailed the qualitative achievements made by the ADFD that, he said, maintain the UAE's leading role in achieving sustainable economic development at the local and global levels.

For his part, Mohammed Saif Al-Suwaidi thanked His Highness Sheikh Abdullah and all the Committee members for their efforts in support of the ADFD's goals and future plans.

"The achievements made by the Fund over the past 50 years have contributed to the comprehensive development drive adopted by 103 countries across the world, driven economic growth in developing nations and improved the living standars of their peoples," he said, noting that the total volume of ADFD’s financing and investments since its establishment amounts to over AED150 billion.

"The Abu Dhabi Fund for Development will continue its drive for the next 50 years in implementation of the UAE wise leadership's directives and ambitious vision. The ADFD will continue to contribute to the sustainable economic development drive and the future of various countries across the world. It will continue to support development programmes, launch initiatives and forge strategic partnerships with international organisations and national institutions to diversify and supplement their national economies," he added.