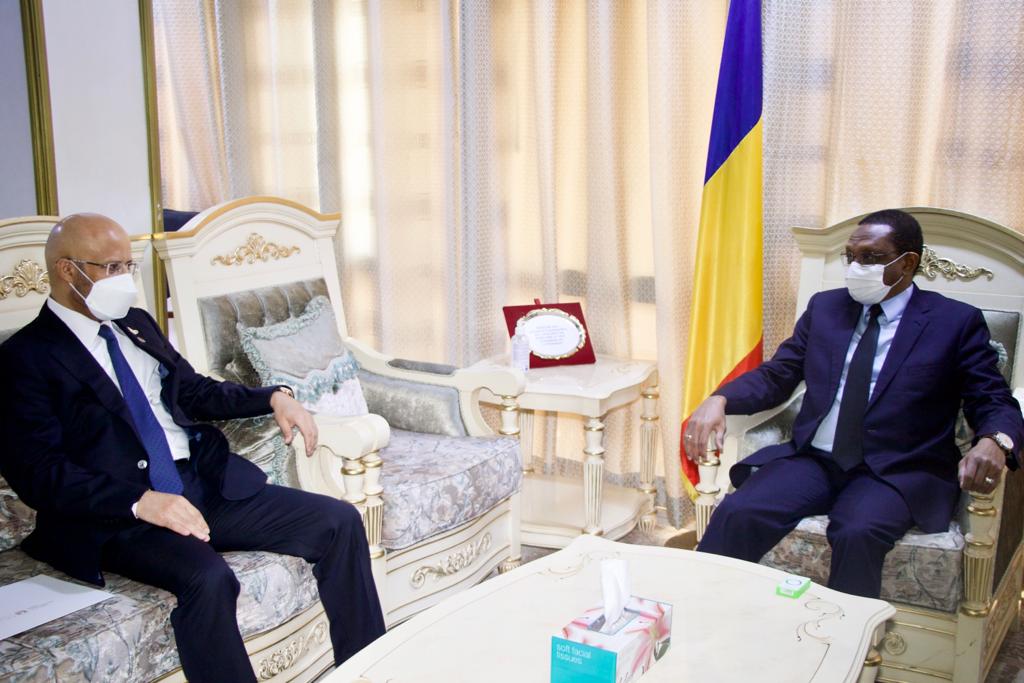 N'DJAMENA, 24th November, 2021(WAM) -- Rashid Saeed Al Shamsi presented a copy of his credentials to Cherif Mahamat Zene, Minister of Foreign Affairs, African Integration and Chadians Abroad of the Republic of Chad, as the UAE Ambassador to Chad.

During the meeting, the Ambassador conveyed to Minister Zene the greetings of H.H. Sheikh Abdullah bin Zayed Al Nahyan, Minister of Foreign Affairs and International Cooperation, and his wishes for the government and people of Chad for further progress and prosperity.

Al Shamsi affirmed his keenness to expand horizons of cooperation in all sectors and achieve the interests and aspirations of the two friendly countries and peoples.

The Minister, in turn, reciprocated his greeting to Sheikh Abdullah, praising the strong brotherly ties between the UAE and Chad.

He also wished the Ambassador success in his tasks while highlighting his country's readiness to provide him with the required support and facilitate his duties.

Both sides discussed the prospects of fostering cooperation between the UAE and Chad across various fronts.