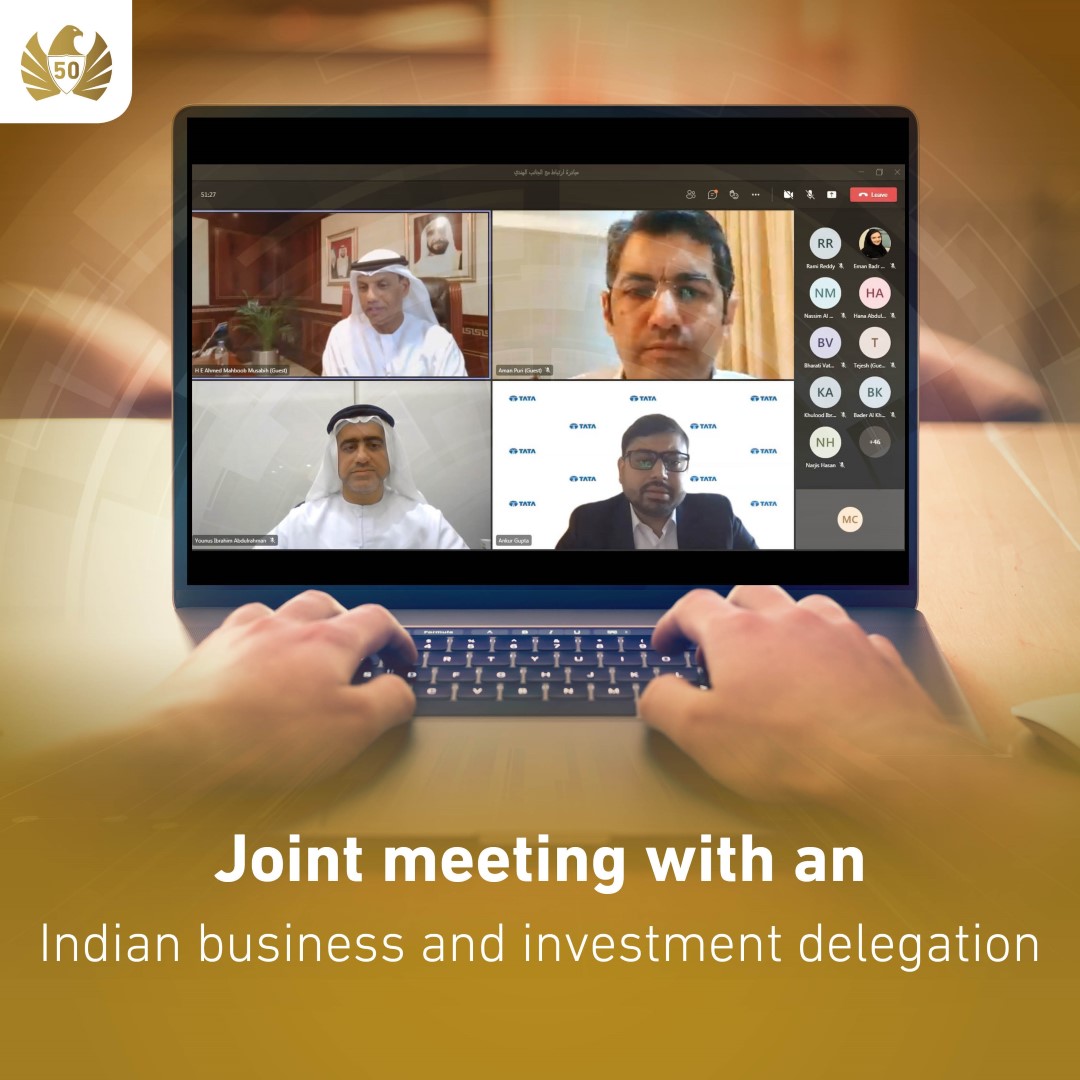 DUBAI, 6th December, 2021 (WAM) -- Dubai Customs has organised a virtual meeting with an Indian business and trade delegation as part of their "Ertibat Initiative" to enhance cooperation with diplomatic missions and trade partners.

The meeting took place in the presence of Ahmed Mahboob Musabih, CEO of Ports, Customs and Free Zone Corporation and Director-General of Dubai Customs; and Dr. Aman Puri, Indian Consul-General to the UAE.

Dr. Bouri thanked Dubai Customs for organising the meetings, which serve the interests of both parties and facilitate trade and investment activity between India and the UAE.

The Indian Consul-General added, "Trade between the UAE and India shows signs of remarkable recovery and growth thanks to the world's procedures and measures last year that led to a slowdown in the spread of the pandemic. India and the UAE are continuing their negotiations on the comprehensive economic partnership agreement, further strengthening ties, expanding economic and investment possibilities and ushering in a new era of strategic collaboration between the two countries.

"Such an agreement could increase mutual trade of commodities to US$100 billion and services to $15 billion in the next five years. Many Indian businesspersons are moving their headquarters or branches to Dubai. Expo 2020 Dubai means a lot to us in India, and we are the largest nationality in the exhibition."

Musabih, in turn, said, "India is Dubai's second-largest trade partner, and the emirate's trade with India touched AED67 billion in the first half of 2021 (AED32 billion imports, AED19 billion exports, and AED16 billion re-exports), growing 74 percent from AED39 billion in the corresponding period in 2020."

Musabih also highlighted significant achievements during 2021 and the department's vision for the following year.

In the meeting, presentations were delivered on the Authorised Economic Operator, and the Cross Border e-Commerce Platform.