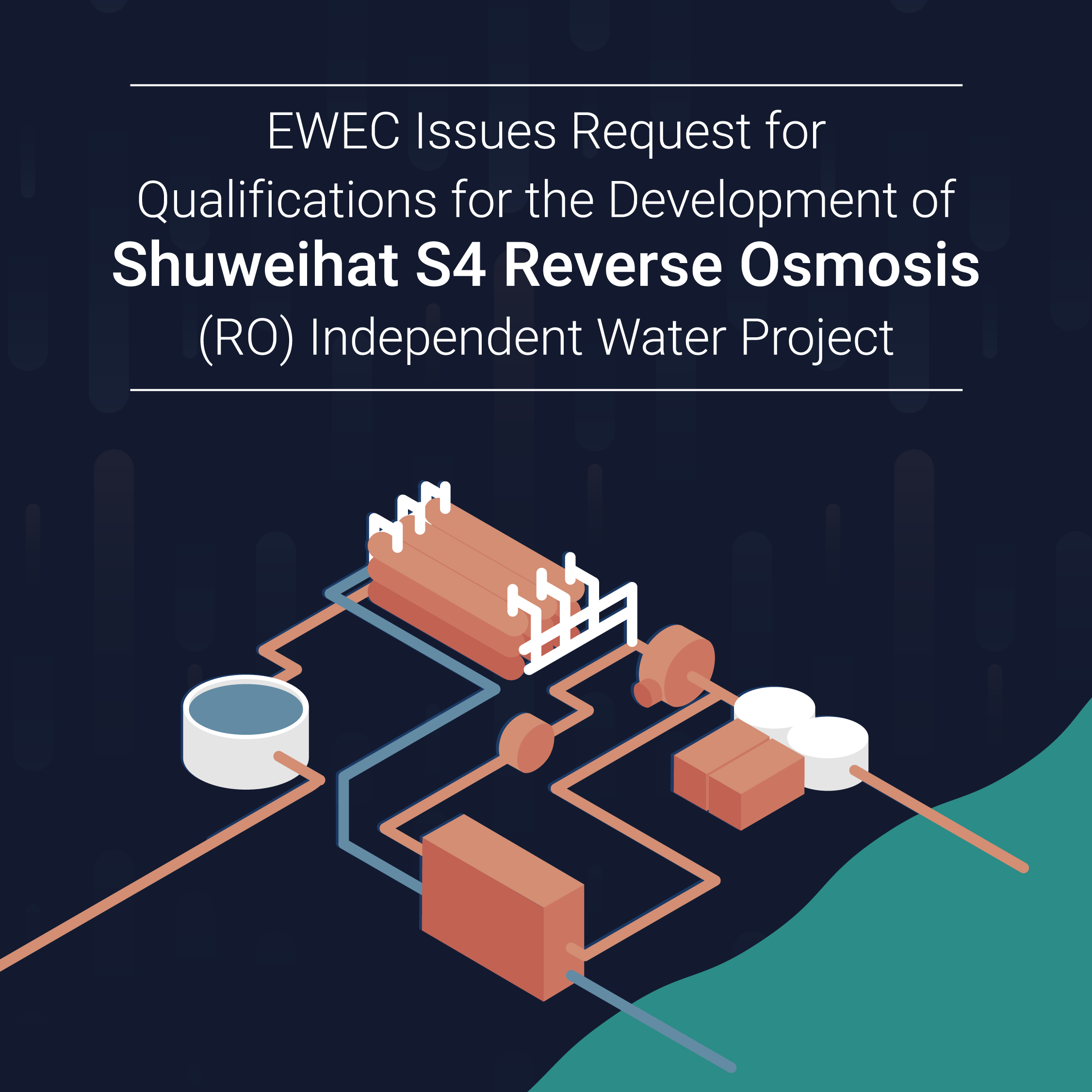 The Shuweihat S4 Project will desalinate seawater using RO desalination technology, a low carbon-intensive process, to produce up to 70 million gallons of water per day of potable water, which would be sufficient to meet the demand for approximately 125,000 households.

Combined, these two new projects will provide 150 MIGD of new seawater desalination capacity, improving the security of the nation’s water supply and playing a key role in the ongoing cost reduction initiatives in the sector by decoupling power and water generation capacities in the Emirate of Abu Dhabi.

Othman Al Ali, Chief Executive Officer of Emirates Water and Electricity Company, commented, "Increased reverse osmosis desalination capacity is a strategic focus for EWEC. These new low-carbon seawater desalination projects are the key to decoupling power and water production, which will allow us to make significant changes to our water and electricity production portfolio, with a focus on decarbonising the energy sector.

"Reverse Osmosis technology is cost and carbon efficient, reducing carbon emissions from water desalination by up to 95 percent, in addition to enhancing the water security of Abu Dhabi. We look forward to completing the RFQ process and moving to the Request for Proposal stage as quickly as possible."

The successful developer or developer consortium will own up to 40 percent of the entity, while the remaining equity will be primarily held indirectly by the Abu Dhabi Government.

Successful developers and developer consortiums should submit the RFQ by the deadline of 31st December, 2021 at 12:00 pm. Gulf Standard Time (GST) via electronic copy to: ewec.S4RO@ewec.ae.

Following review of the RFQs, Emirates Water and Electricity Company will send pre-qualified companies or consortia a detailed Request for Proposal.