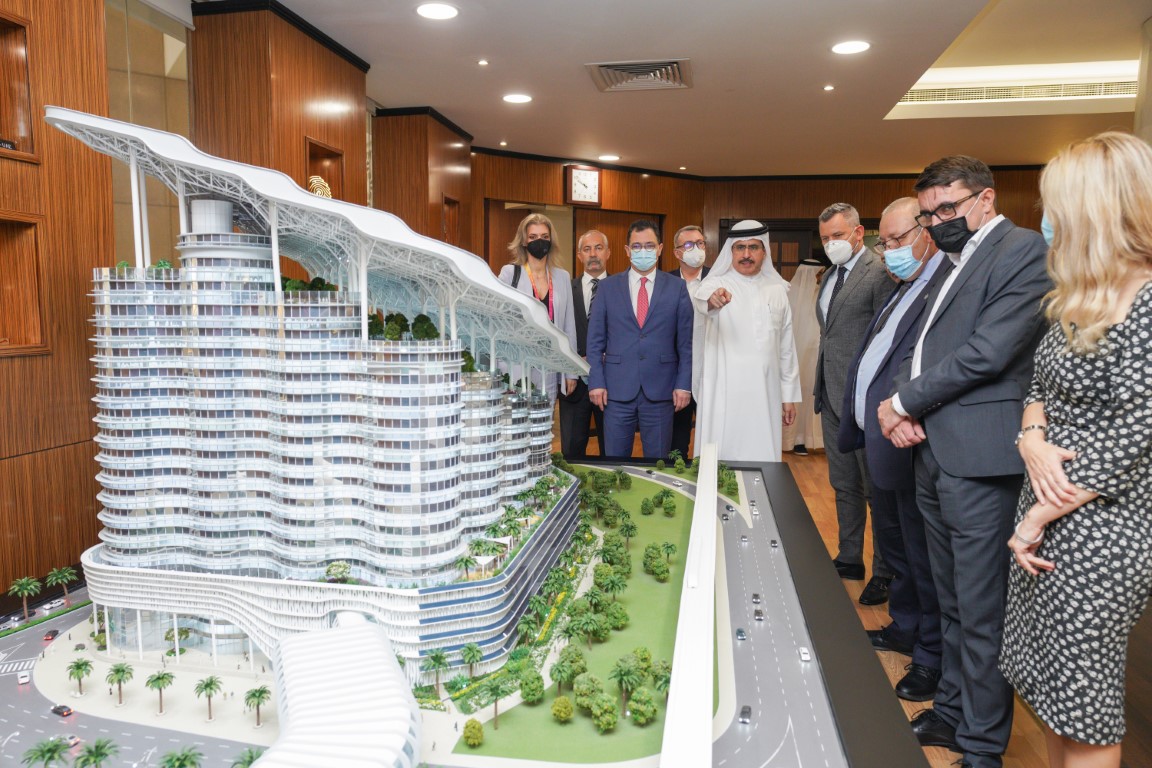 Al Tayer highlighted DEWA’s key projects, initiatives, and plans to realise the wise leadership’s vision to increase the share of clean and renewable energy. He said that DEWA works to achieve the objectives of the Dubai Clean Energy Strategy 2050 and the Dubai Net Zero Emissions Strategy 2050 to provide 100 percent of the energy production capacity from clean energy sources by 2050. One of DEWA’s projects to achieve this target is the Mohammed bin Rashid Al Maktoum Solar Park, the largest single-site solar park in the world. It has a planned capacity of 5,000 megawatts (MW) by 2030. The 4th phase of the Mohammed bin Rashid Al Maktoum Solar Park is the largest single-site investment project that combines Concentrated Solar Power (CSP) and photovoltaic technology using the Independent Power Producer (IPP) model. On its completion, the project will have the largest thermal storage capacity in the world of 15 hours, allowing for energy availability round the clock. DEWA also seeks to set two new Guinness World Records titles for the tallest solar tower in the world at 262.44 metres and the largest 700-megawatt CSP plant in the solar park.

Al Tayer also highlighted the Green Hydrogen project, which is implemented at the Mohammed bin Rashid Al Maktoum Solar Park in Dubai. The pilot project is the first project of its kind in the Middle East and North Africa to produce green hydrogen, which represents one of the pillars of a sustainable future that depends on accelerating the transition to carbon neutrality to support a green economy by developing the green mobility sector and reducing carbon emissions from various industries.

Al Tayer noted that a total of 8,000 buildings have been retrofitted in Dubai as part of the Building Retrofits, one of the Demand Side Management Strategy 2030 programmes. The strategy aims to reduce 30 percent of electricity and water demand by 2030. This contributes to making Dubai a globally leading hub in demand-side management.

At the end of the meeting, the two sides emphasised strengthening relationships and exchanging experiences to support cooperation frameworks and reach effective and successful partnerships. This will develop investments in promising sectors and enhance the most prominent investment opportunities in the two countries.