Joint Forces Command of Coalition to Restore Legitimacy in Yemen: Hostile activities of Houthis are a threat to regional, international Security 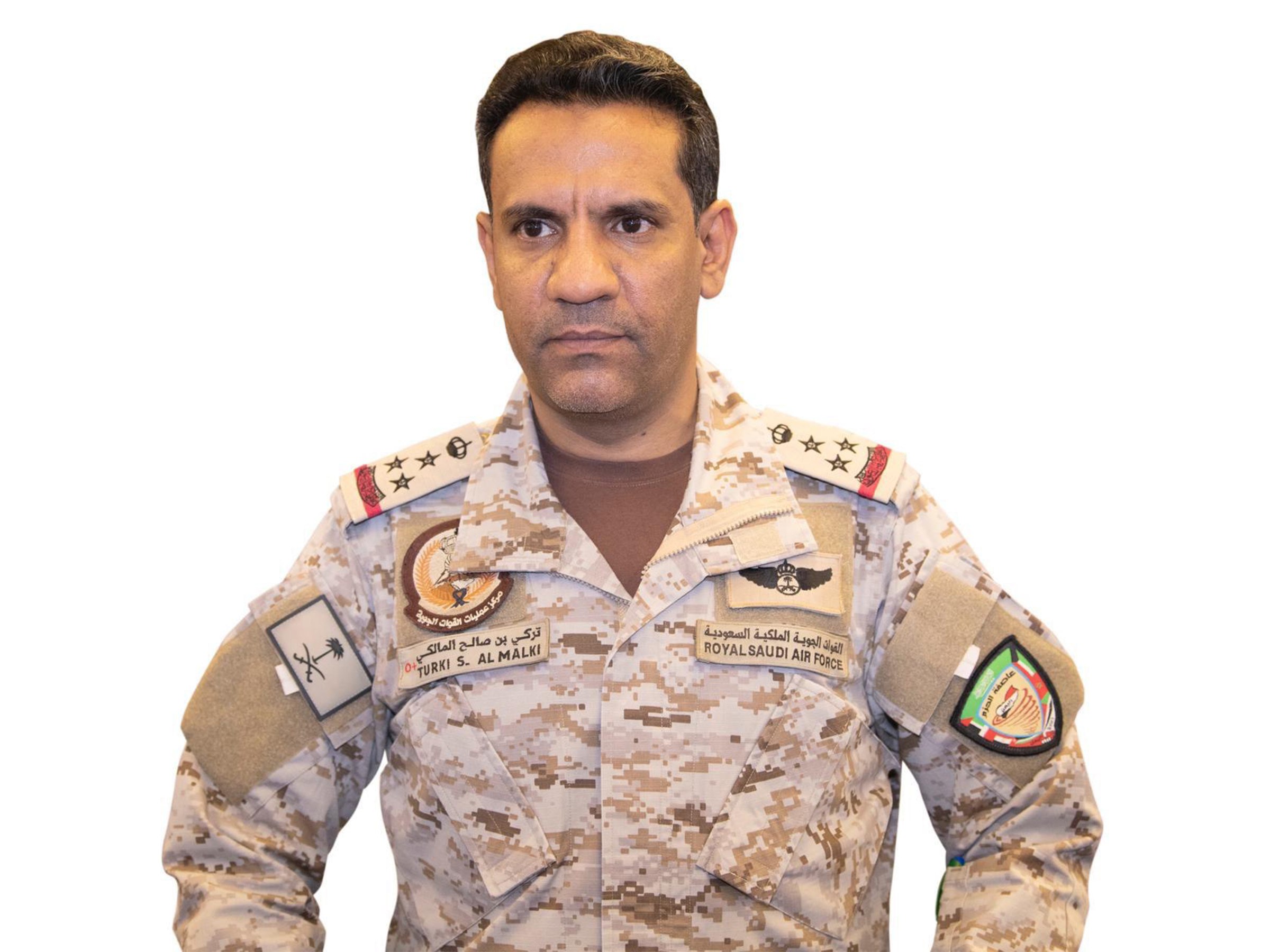 RIYADH, 17th January 2022 (WAM) - The official Spokesperson of the Coalition to Restore Legitimacy in Yemen Brigadier General Turki Al-Malki issued a statement on today's terrorist attack by Houthi terrorist militia on civil facilities in the UAE. Following is the statement which was carried by the Saudi Press Agency: "The hostile attacks of the terrorist, Iran-backed Houthi militia today that deliberately targeted civilians, civilian objects and economic installations in the Kingdom of Saudi Arabia and the United Arab Emirates represent war crimes; the perpetrators of which must be held accountable. Such crimes sound the alarm of the threat and danger this terrorist militia represents to regional and international security.

The egregious, hostile attack against the brotherly United Arab Emirates through targeting two economic facilities and Abu Dhabi International Airport using three bomb-laden drones, which the terrorist Houthi militia has claimed responsibility for as a proxy of Iran in the region, is a cowardly, terrorist attack, and a flagrant violation of the International Humanitarian Law that contradicts all humanitarian values by deliberately targeting innocent civilians.

The Joint Forces Command of the Coalition has intercepted a total of (8) bomb-laden drones that were launched towards the Kingdom to deliberately and systematically target civilians and civilian objects.

This hostile behavior and escalation by the terrorist, Iran-backed Houthi militia reaffirms the threat and undermining of this terrorist militia to regional and international security. These attacks are an extension to threats against the freedom of navigation and international trade in the South Red Sea and Bab Al-Mandab Strait, and an evolution in their acts of piracy and threats to regional airspace.

The Joint Forces Command of the Coalition will undertake all necessary measures to deter these hostile acts of the Houthi militia against civilians., civilian objects and economic installations in the Kingdom and the United Arab Emirates in response to the threat and fulfillment of the principle of military necessity to protect civilians and civilian objects under the roles and functions of the Joint Forces Command of the Coalition and its contributions to maintaining regional and international security of Yemen and the region, in a manner that achieves collective security for the interests of the international community."