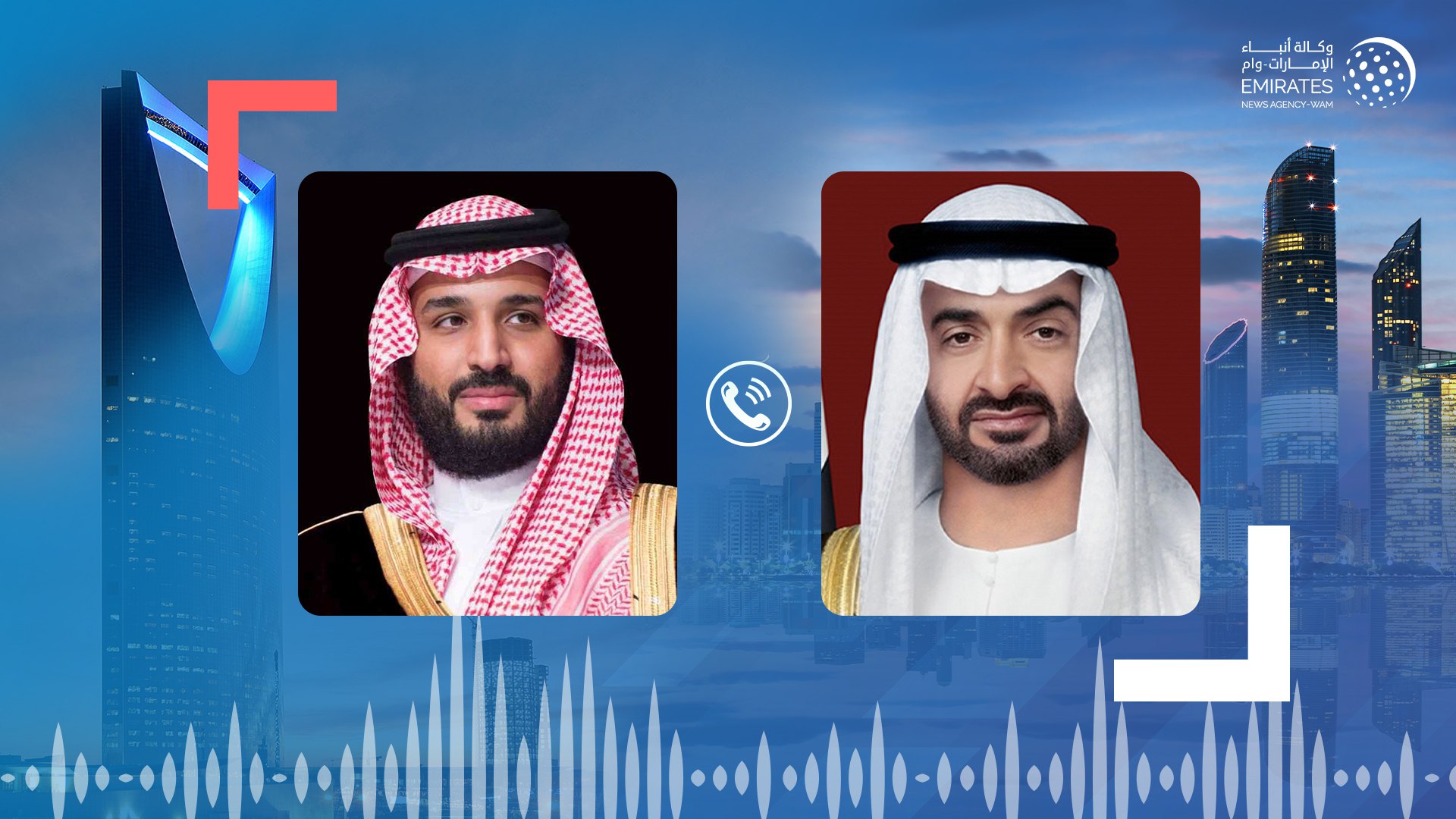 The two leaders affirmed that such terrorist attacks that target the Kingdom of Saudi Araba and the UAE solidify the two nations' determination to jointly stand up to these acts of aggression.

His Highness Sheikh Mohamed expressed his deep thanks and appreciation for the sincere feelings expressed by Prince Mohammed bin Salman that, he said, further consolidate the strong bonds that unite the two nations and their peoples, and solidify their determination to confront the forces of evil and aggression.