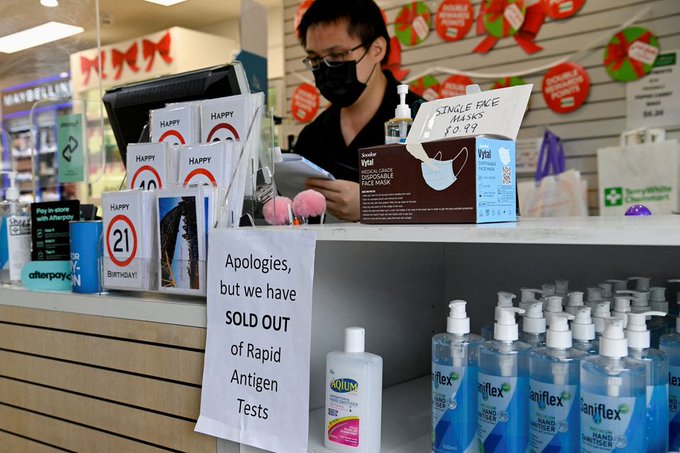 SYDNEY, 19th January, 2022 (WAM) -- Australia threw out an invitation to backpackers on Wednesday, seeking reinforcements for a workforce crippled by an Omicron COVID-19 outbreak as the country's health system creaks under the pandemic's strain with more deaths predicted in weeks ahead.

A Reuters report on Wednesday quoted Prime Minister Scott Morrison as saying that his government was waiving the A$630 (US$453) visa application fee for any backpacker or student who arrives in Australia within the next 12 weeks, and encouraged them to see work as they tour the country.

"Come on down now because you wanted to come to Australia," Morrison said during a televised press conference.

"Move all the way around the country, and the same time join our workforce and help us in our agricultural sector, in our hospitality sector, and so many of the other parts of the economy that rely on that labour."

Australian officials reported 67 new deaths and nearly 80,000 new cases on Wednesday. The country suffered its deadliest day with 77 fatalities from the virus on Tuesday, and Chief Health Officer Paul Kelly said Australians should expect the pandemic's overall death toll to rise further from the current 2,843.

Australian businesses are grappling with the growing toll of workers out sick or ordered to isolate as close contacts. The labour crunch has created supply shortages, leading major grocers to reinstate purchase limits on essentials, and is hampering the country's economic recovery.