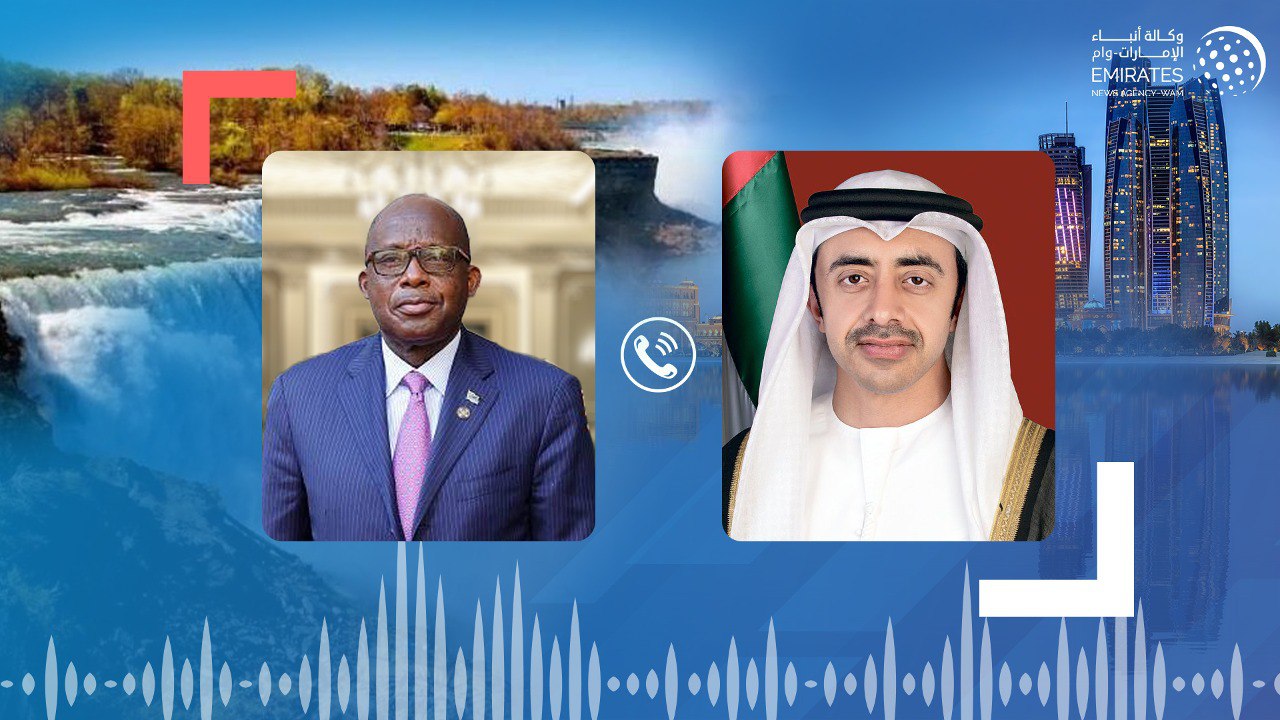 During the phone call, Lutundula expressed his country's strong condemnation and denunciation of the terrorist attacks by the terrorist Houthi militia on civil areas and facilities in the UAE, which contravene all international laws and norms.

He offered condolences to the leadership, Government and people of the UAE over the victims of this cowardly terrorist act and wished a speedy recovery to the injured.