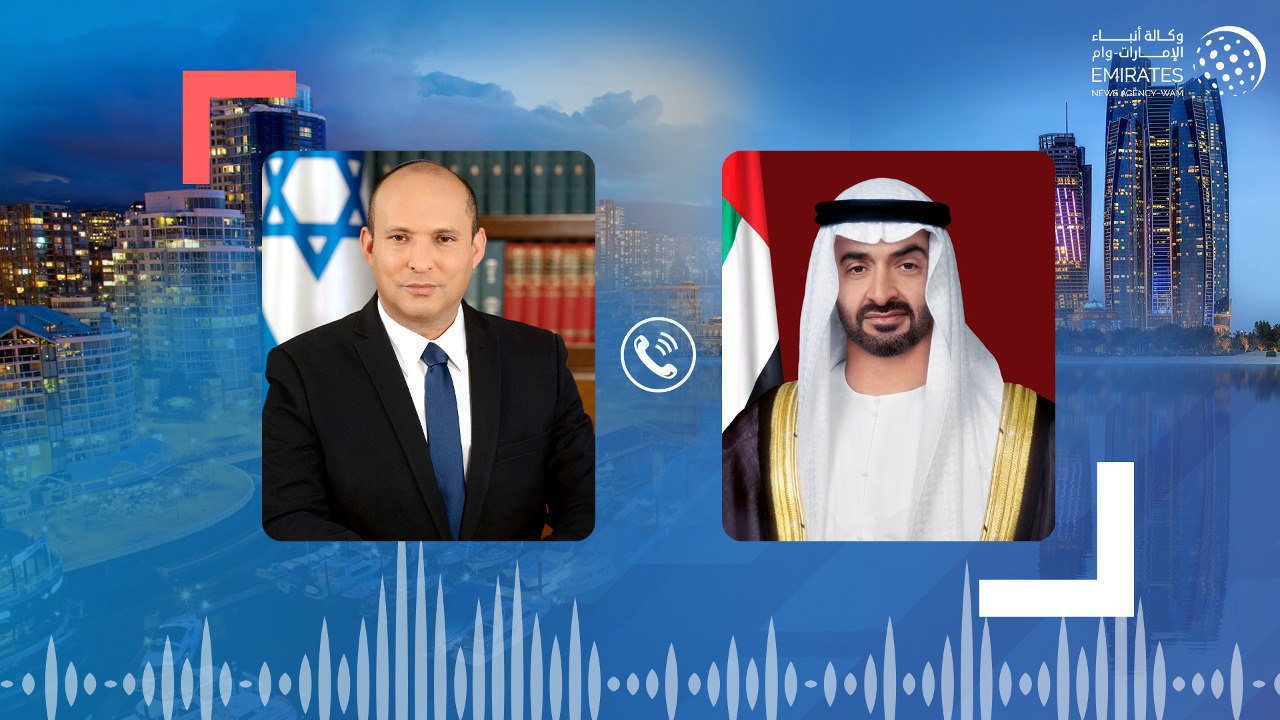 ABU DHABI, 20th January, 2022 (WAM) -- His Highness Sheikh Mohamed bin Zayed Al Nahyan, Crown Prince of Abu Dhabi and Deputy Supreme Commander of the UAE Armed Forces, today received a phone call from Prime Minister of Israel, Naftali Bennett, who condemned the terrorist attacks by the Houthi militia on civil sites and facilities in the UAE, which resulted in the death and injuries of a number of civilians.

The Israeli Prime Minister affirmed his country's support for all that the UAE is doing to defend its security against these attacks, stressing the need to confront terrorist forces that threaten stability and peace in the region.

During the call, the Israeli Prime Minister offered his condolences to His Highness Sheikh Mohammed over the victims of the attacks, wishing a speedy recovery for the injured.

For his part, His Highness Sheikh Mohamed thanked Bennett for his good feelings towards the UAE and its people.