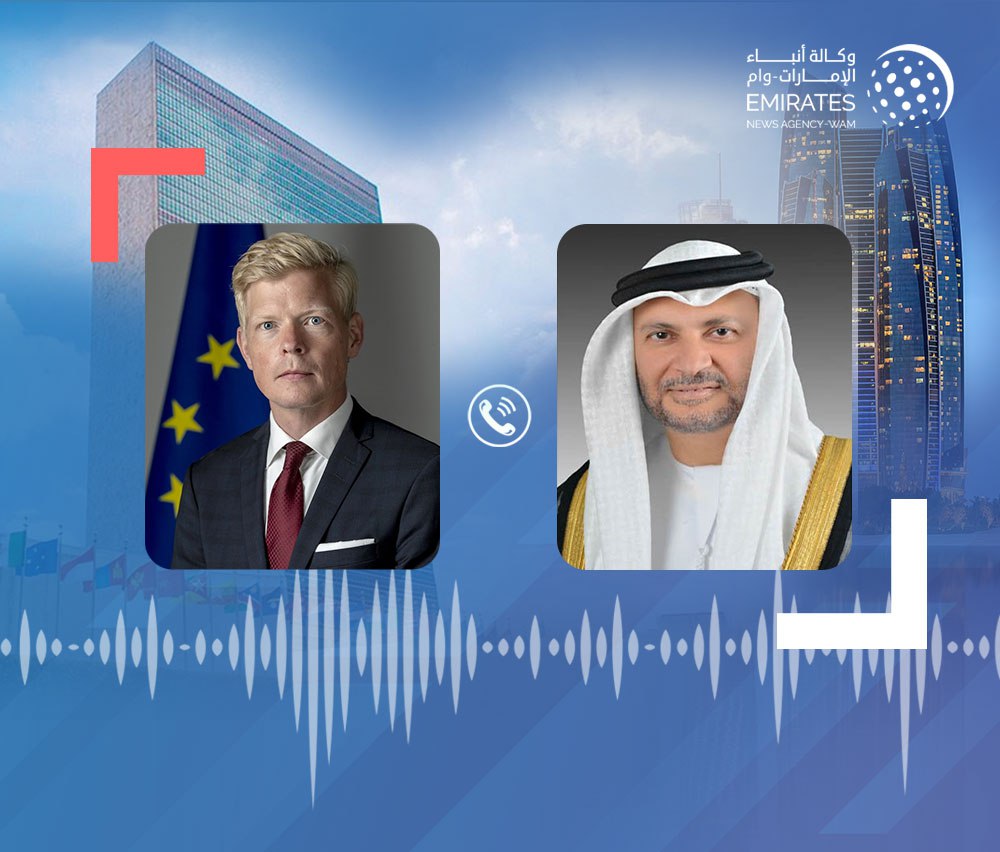 During the call, Dr Gargash reviewed the nature of the terrorist attack carried out by the Houthi militia on civilian targets in the UAE.

Dr Gargash underscored that the UAE has the legal and moral right to defend its land, people and sovereignty, and will exercise this right to defend itself and prevent terrorist acts pursued by the Houthi militia, which has been expanding for three years while rejecting all calls for a ceasefire and a political solution to the crisis. This is confirmed by the recent unjustified terrorist attack on civilian targets in the UAE, and prior to that, the criminal act of piracy against the "Rawabi" ship, in a clear threat to international shipping routes.

Dr. Gargash pointed out the need for a strong and firm position from the international community towards the intransigence and expansion of terrorist acts by the Houthi militia, and their violation of international laws and agreements, including the clear violation of the Stockholm Agreement, without deterrence, after turning Hodeidah into a port for maritime piracy and war financing, and using it militarily.

He said that the UAE continues to support international efforts for a ceasefire and a political solution, but will do everything necessary to prevent the threat of terrorist acts on its soil.

Dr Gargash expressed his appreciation for the global solidarity with the UAE in the face of Houthi terrorism, as the number of countries and international organizations condemning the attack reached more than 100. Moreover he called for a clear position from the United Nations towards the terrorist and hostile acts carried out by the Houthi militia, whether against the Yemeni people or countries of the region, in addition to threatening international maritime navigation.