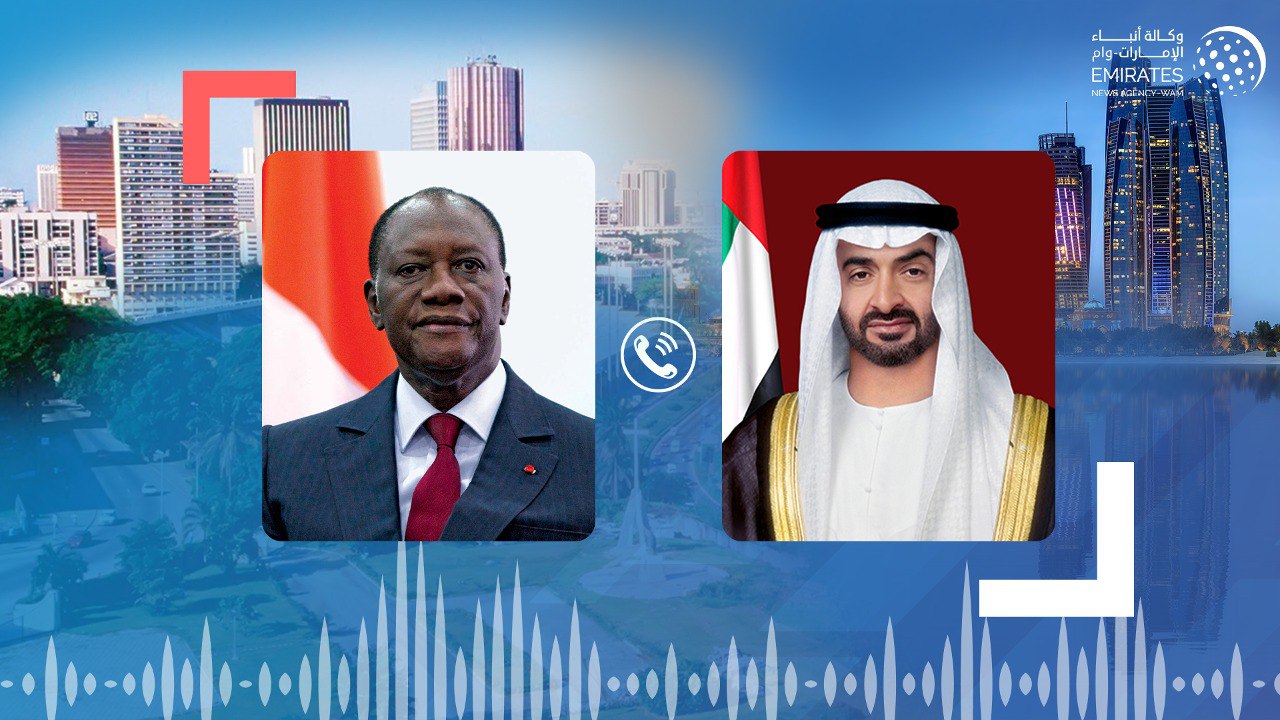 ABU DHABI, 21st January, 2022 (WAM) -- His Highness Sheikh Mohamed bin Zayed Al Nahyan, Crown Prince of Abu Dhabi and Deputy Supreme Commander of the Armed Forces, has received a phone call from Alassane Ouattara, President of the Republic of Ivory Coast, who expressed his strong condemnation and denunciation of the terrorist attacks on civil facilities in the UAE by the Houthi militia.

The King stressed that such attacks contravene all moral principles and the international law. He affirmed his country's solidarity with the UAE and its support in confronting these attacks and all threats posed by the Houthi militia to its security and stability of the region.

Ouattara offered his condolences to His Highness Sheikh Mohamed bin Zayed Al Nahyan over the victims of the terrorist attacks, and wished a speedy recovery for the injured and continued stability, security and progress to the UAE people.

For his part, His Highness Sheikh Mohamed expressed his thanks and appreciation to the President of Ivory Coast for his support and warm feelings, praying to Allah Almighty to protect Côte d'Ivoire and its people from all harm and evils.