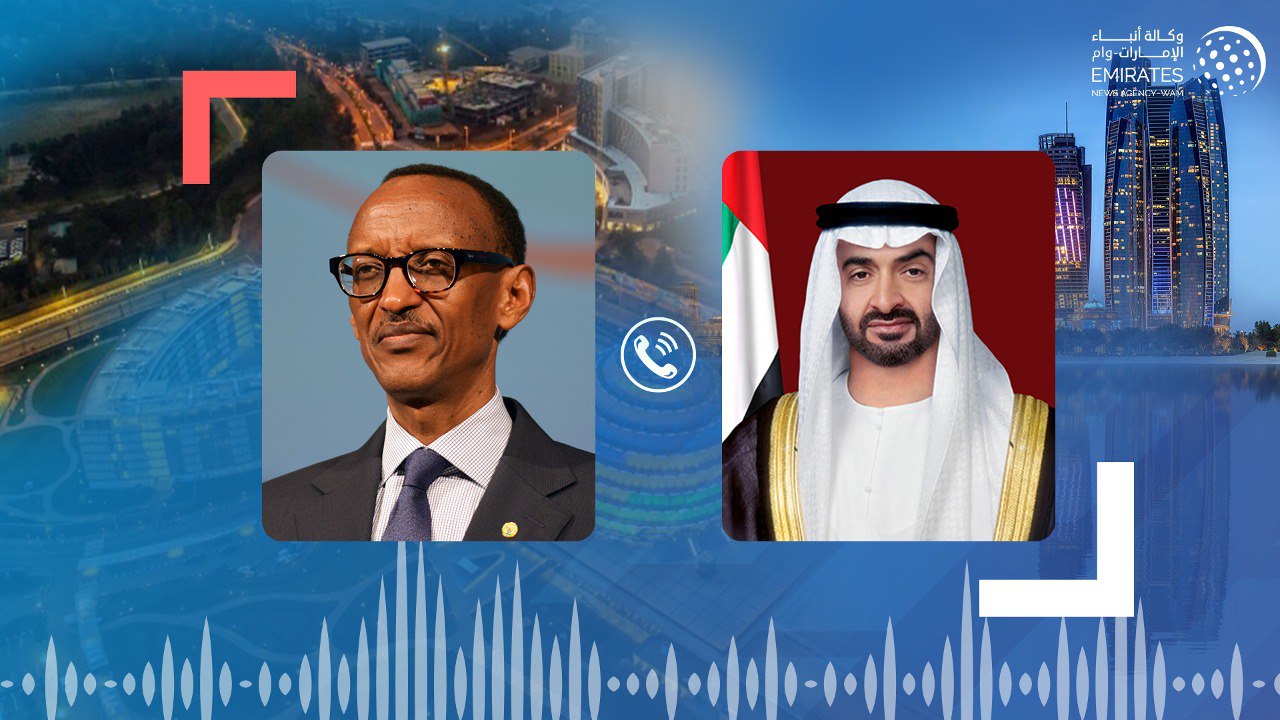 ABU DHABI, 21st January, 2022 (WAM) -- President of Rwanda, Paul Kagame, condemned the attacks by the Houthi terrorist militia on civil sites and facilities in the UAE, as contravening all international laws and norms, decrying them a serious threat to regional peace and security.

This came in a phone call with His Highness Sheikh Mohamed bin Zayed Al Nahyan, Crown Prince of Abu Dhabi and Deputy Supreme Commander of the UAE Armed Forces, wherein Kagame expressed his country's solidarity with the UAE and its support in all the measures the Emirates takes to protect its security, sovereignty and territorial integrity.

The President of Rwanda also offered his condolences to His Highness Sheikh Mohamed bin Zayed over the victims of the attacks, wishing a speedy recovery for the injured.

Sheikh Mohamed thanked President Kagame for his sincere feelings, and for his country's support and solidarity with the UAE, wishing Rwanda and its people continued stability and security.