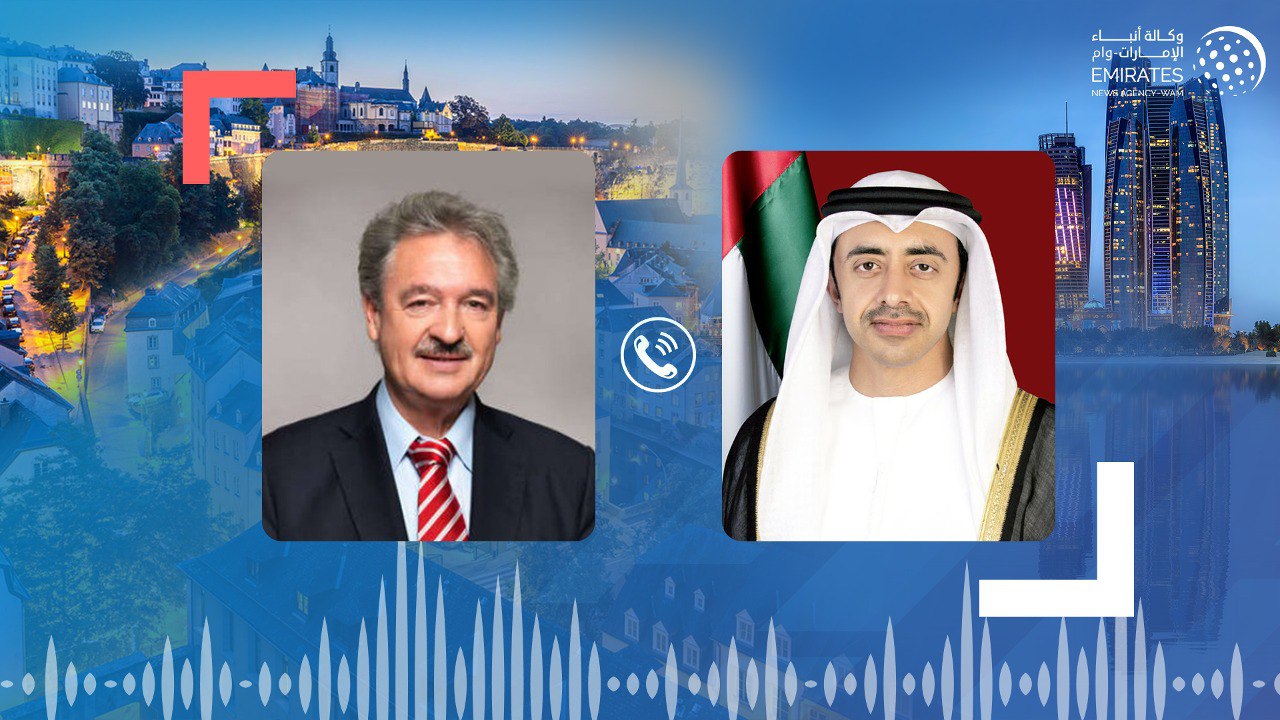 ABU DHABI, 21st January, 2022 (WAM) -- Luxembourg has condemned the terrorist attack by the terrorist Houthi militia on civil areas and facilities in the UAE.

This came in a phone call between H.H. Sheikh Abdullah bin Zayed Al Nahyan, Minister of Foreign Affairs and International Cooperation, and Foreign Minister of Luxembourg, Jean Asselborn, who affirmed his condemnation and denunciation of the terrorist attack, stressing his country's full support for the measures taken by the UAE to ensure the safety and security of its people and its territorial integrity.

The top diplomat extended his condolences to the families of the victims of the terrorist attack, wishing speedy recovery to the injured.