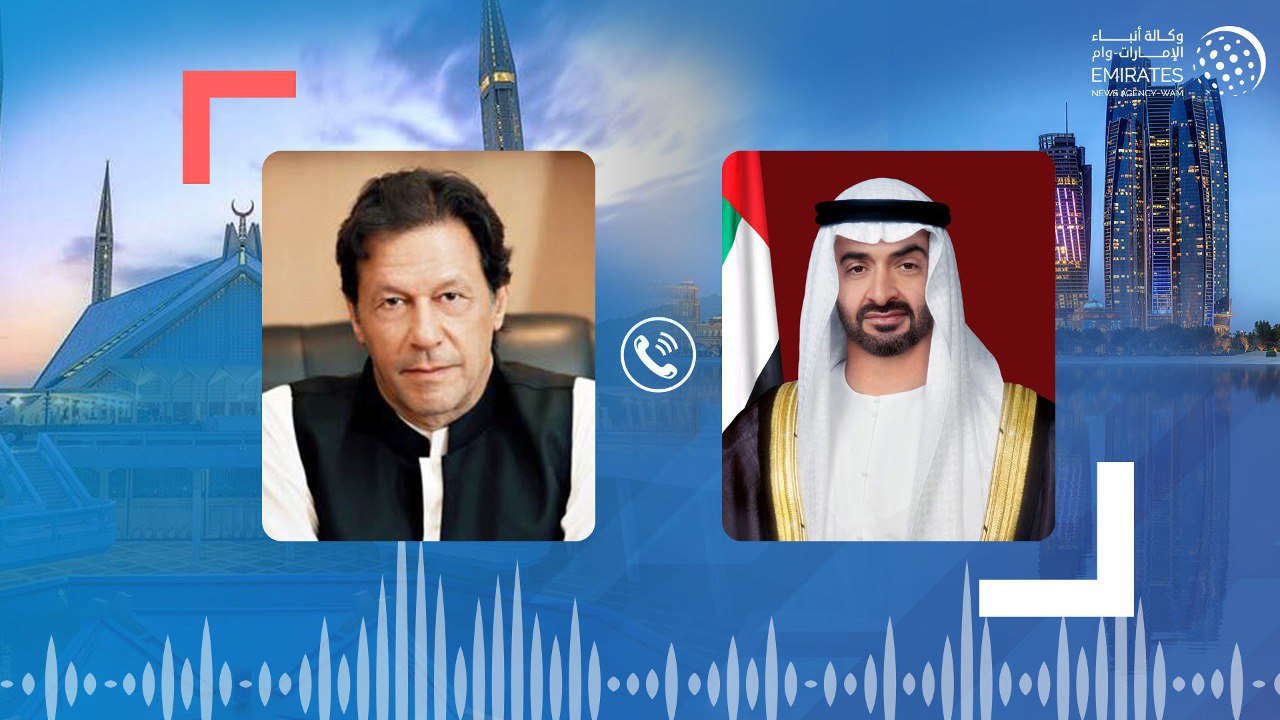 ABU DHABI, 24th January, 2022 (WAM) -- His Highness Sheikh Mohamed bin Zayed Al Nahyan, Crown Prince of Abu Dhabi and Deputy Supreme Commander of the UAE Armed Forces, today made a phone call to Imran Khan, Prime Minister of Pakistan, expressing his strong condemnation and denunciation of the blast that hit the Pakistani city of Lahore, which killed a number of people and left others injured.

During the call, Sheikh Mohamed bin Zayed emphasised the UAE's solidarity and support to Pakistan and its people against all forms of violence and terrorism that contravene with all human values and principles and violate international laws.

His Highness highlighted that criminal acts conducted by terrorist and extremist groups emphasise the need to unify international efforts in order to fight terrorism and put an end to its crimes and dangers that undermine international security and stability.

He also expressed his sincere condolences to Pakistani government, its people and the victims' families and wished the injured a speedy recovery.

For his side, Pakistani Prime Minister extended his thanks and appreciation to His Highness Sheikh Mohamed bin Zayed and his sincere feelings which reflect the deep-rooted ties between the two friendly countries.

He wished Sheikh Mohamed good health and happiness and the UAE continued progress, prosperity and safety.