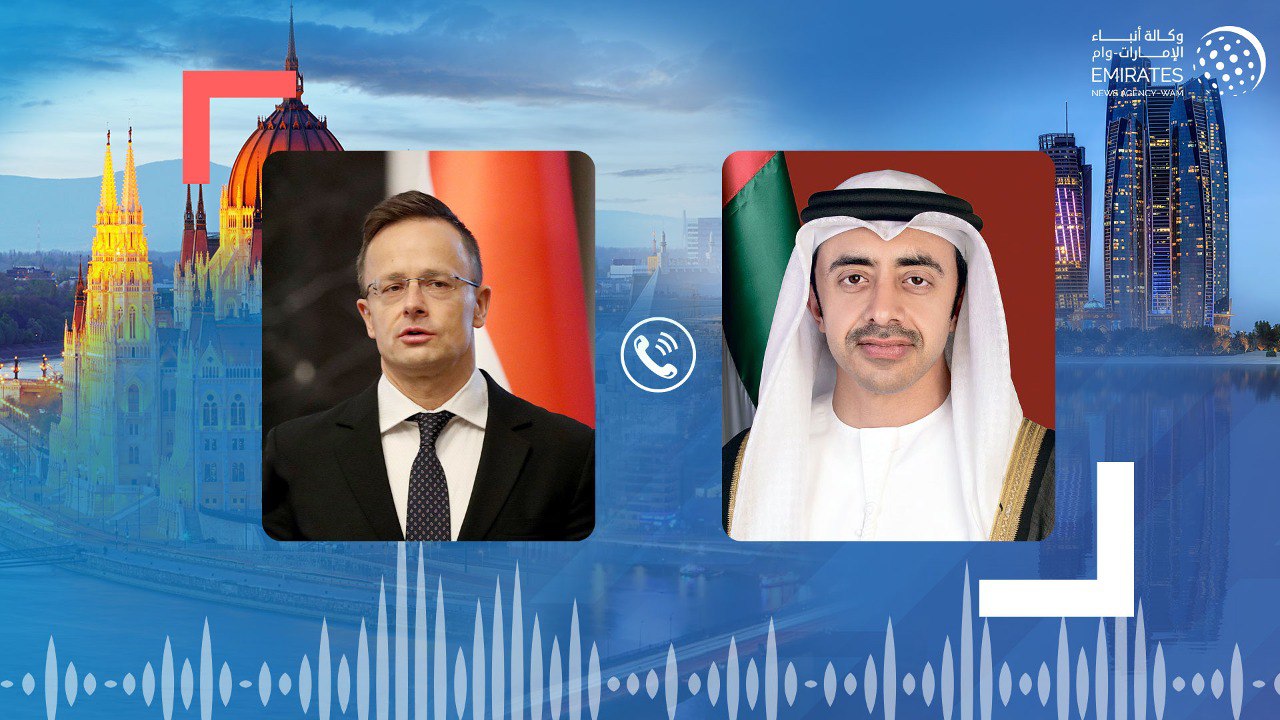 ABU DHABI, 24th January, 2022 (WAM) -- Hungary has condemned the terrorist attack, which was carried out by the terrorist Houthi militia on 17th January and targeted civil areas and facilities in the UAE.

This was stated during a phone call between H.H. Sheikh Abdullah bin Zayed Al Nahyan, Minister of Foreign Affairs and International Cooperation, and Hungarian Foreign Minister Peter Szijjarto, who affirmed his strong condemnation and denunciation of the Houthi terrorist attack, which led to the death of a number of civilians.

Szijjarto said that the continuation of these terrorist attacks sets back the efforts made to promote security and stability in the region, and reiterated his country's support of the UAE in any measures it takes to protect the safety and security of its citizens and residents.

He also extended his condolences to the UAE over the victims of this terrorist attack and wished the injured a speedy recovery.