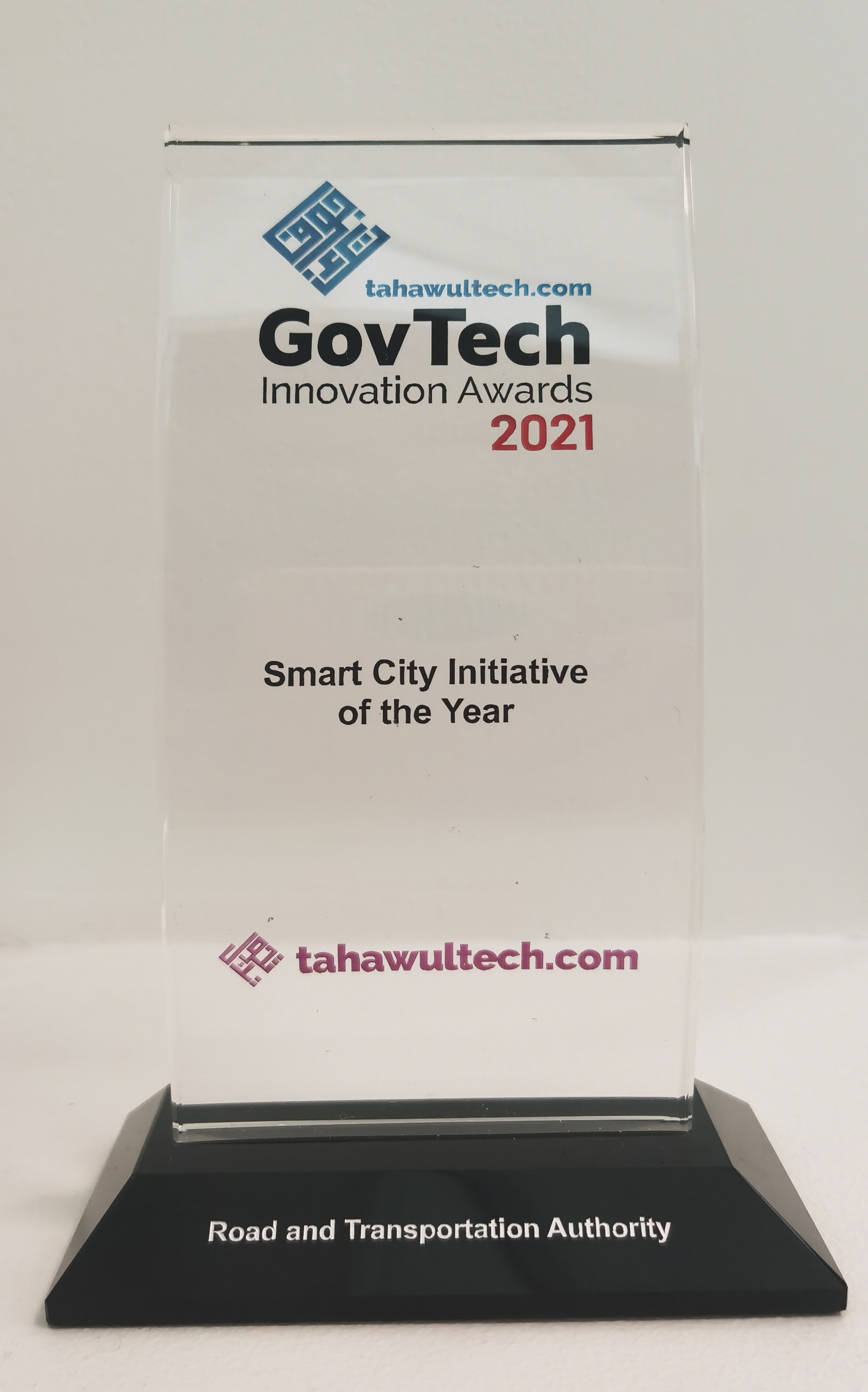 DUBAI, 25th January, 2022 (WAM) -- Dubai’s Roads and Transport Authority (RTA) has won the GovTech Innovation Award 2021, thanks to a submission by the Enterprise Command and Control Centre (EC3) in the Smart City Initiative of the Year category of the awards.

These awards are granted by Gov Tech, a specialist in granting technical awards for government, semi-government entities and private companies, said an RTA press release on Tuesday.

The EC3 has a significant contribution to the smooth flow of traffic across various roads and streets of the Emirate. It manages a sprawling network that spans about 5,000 km of roads and includes 1,700 public buses, 10,000 taxis, 54 metro stations, including 7 stations on Route 2020, and 11 tram stations.

The facility is fitted with cutting-edge technologies including a giant surveillance screen connected to 34 systems to host and process live feeds of 11,000 surveillance cameras. It uses artificial intelligence technology in managing incidents, and mobile phones data in mobility planning and crowd management.

Such technology can identify the density of the public through thermal indicators, locate the assembly places and automatically direct transportation means to serve such spots. The Centre is also linked to all mass transit systems including the metro, tram, public transport, taxis and marine transit means.

The GovTech Innovation Awards aim to recognise government bodies and individuals who lead the change and digital transformation in information technology by proposing solutions, initiatives and programmes tailored to improving the living standards in the UAE community.