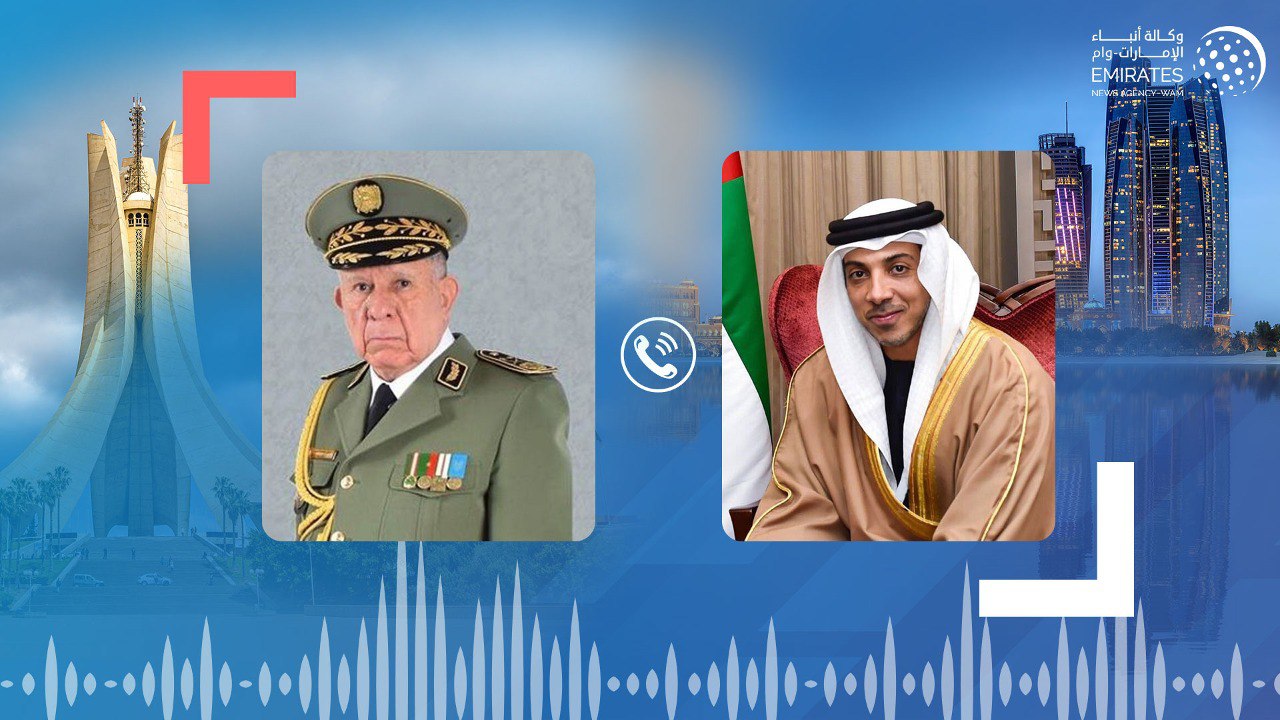 During the phone call, Chanegriha expressed Algeria's strong condemnation of the recurrent terrorist attacks by the terrorist Houthi militia on the UAE.

He reiterated Algeria's full solidarity with the UAE and denunciation of any actions that threaten its security.

Sheikh Mansour thanked Chanegriha and expressed appreciation of Algeria's solidarity with the UAE and its people, wishing continued safety and security to Algeria and its people.