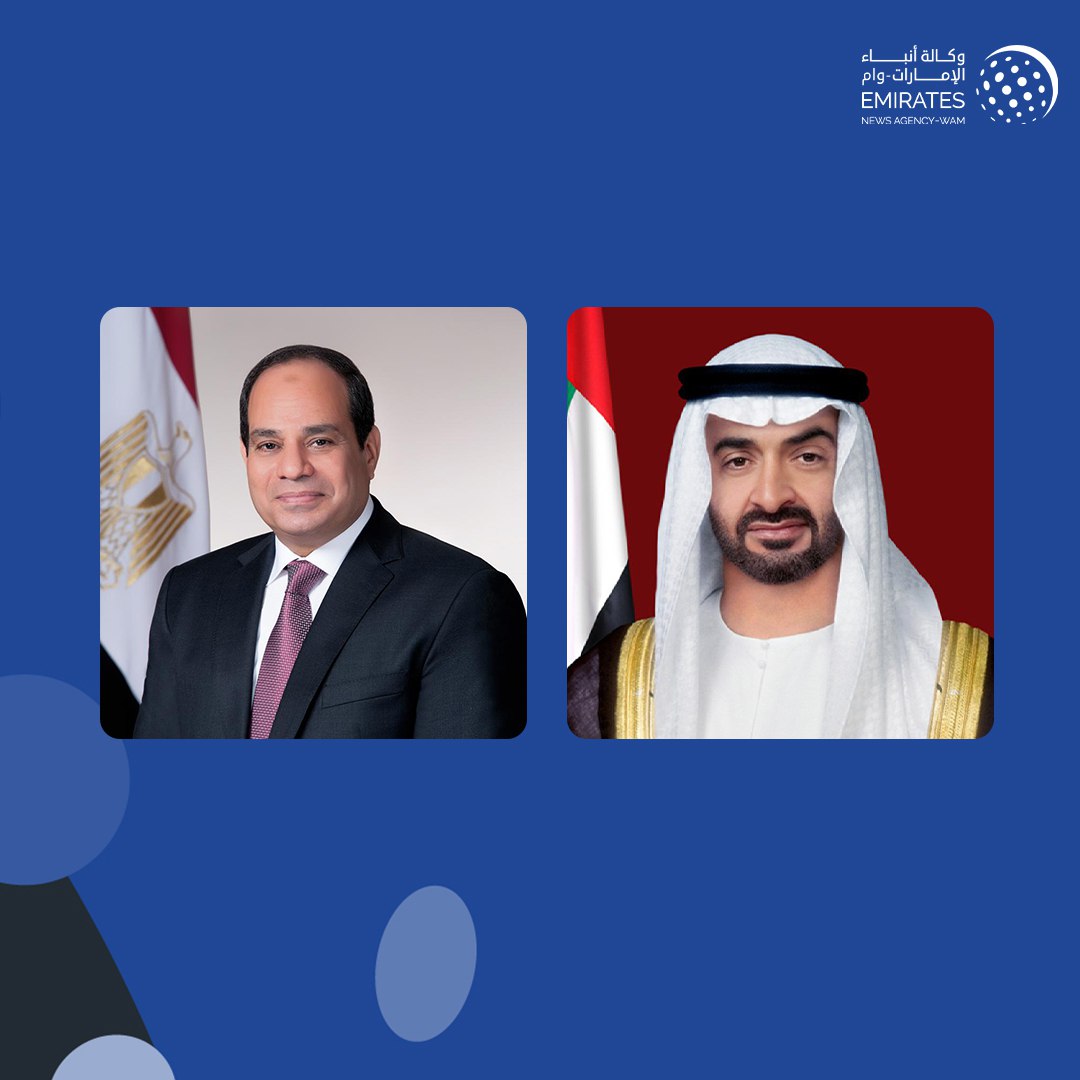 Both sides also discussed their cooperation ties, most notably in crucial developmental, economic and investment areas.

His Highness Sheikh Mohamed and President el-Sisi addressed regional and international developments of mutual concern, in addition to the challenges and crises facing some countries in the Arab region. They stressed the importance of promoting joint Arab action to ensure strengthening regional security, stability and development.

"Relations between the UAE and Egypt are historical and deeply rooted," Sheikh Mohamed said, stressing the two nations' joint will to reinforce cooperation in vital economic and investment areas.

He expressed his delight at Egypt’s significant efforts to implement leading development projects to create a sustainable and prosperous future for generations to come.

President el-Sisi expressed his appreciation for the warm welcome, highlighting the profound ties between the two countries and Egypt’s keenness to reinforce its bilateral cooperation with the UAE, primarily through more bilateral meetings between senior officials.

His current visit aims to further reinforce the privileged and close ties between the two nations, he added, reiterating the solidarity of Egypt’s government and people with the UAE following the attack that led to deaths and injuries among civilians. He accentuated Egypt’s condemnation of the Houthi attacks against the UAE, and its support for any measures the UAE deems necessary to deter terrorist attacks and protect its people’s security and safety.

At the end of the meeting, both sides said they would continue their efforts to address the region’s interventions and challenges, most notably terrorism and the countries that support it.