UAE is a leading model of global human solidarity: Vatican’s Secretary of State 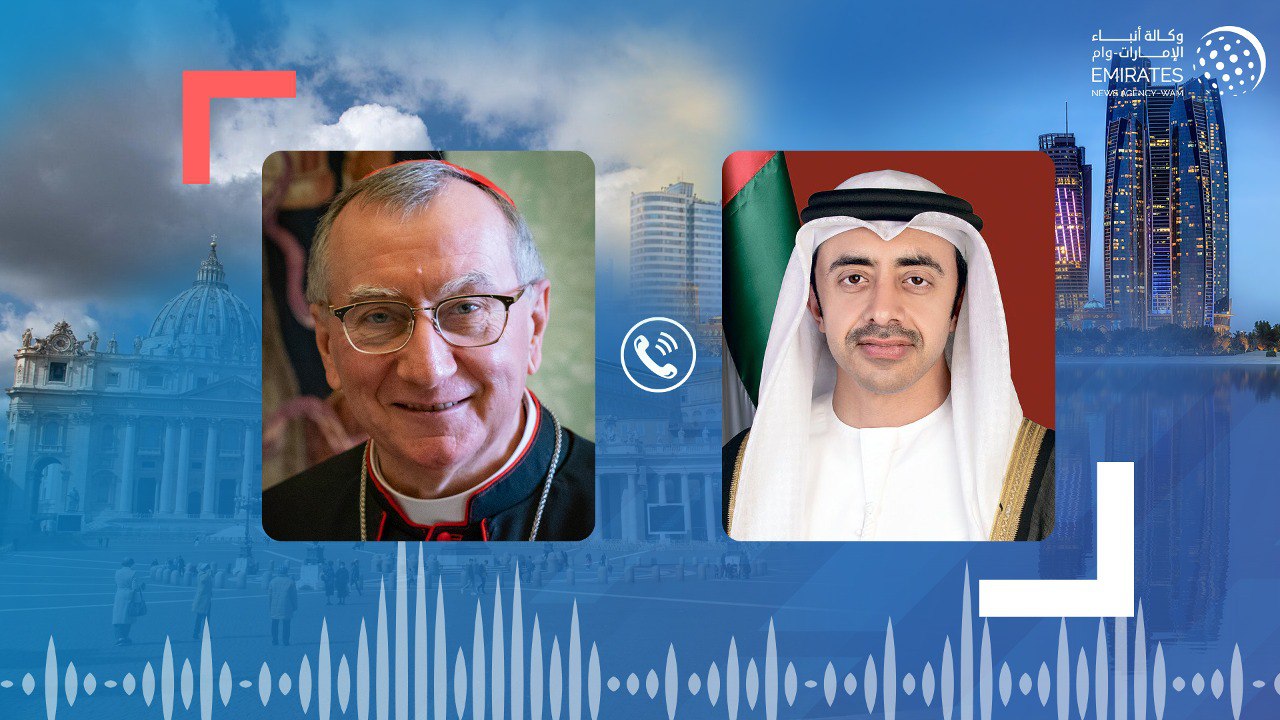 ABU DHABI, 27th January, 2022 (WAM) -- The Vatican has stressed that the UAE is a leading model of global human solidarity, and its humanitarian initiatives go beyond the limits of geography and encourage pioneering examples that promote peaceful coexistence, tolerance and peace in the whole world.

This was stated during a phone call between H.H. Sheikh Abdullah bin Zayed Al Nahyan, Minister of Foreign Affairs and International Cooperation, and Cardinal Pietro Parolin, the Vatican's Secretary of State.

Parolin expressed his solidarity with the UAE following the terrorist attack by the Houthi terrorist militia on civil facilities in the UAE, offering his sincere condolences on the victims of this terrorist attack that occurred on 17th January, and wishing the injured a speedy recovery.

For his part, Sheikh Abdullah bin Zayed thanked Parolin for his sincere feelings, highlighting the outstanding role of the Vatican in serving humanitarian issues and promoting the values of tolerance and coexistence among all peoples.

His Highness Sheikh Abdullah also affirmed the UAE's keenness to strengthen its relations with the Vatican across various levels.

Relations between the UAE and the Vatican have witnessed continuous growth, especially at the humanitarian level as the country hosted, in 2019, the Human Fraternity Meeting between Pope Francis, Head of the Catholic Church, and Ahmad Al Tayyib, Grand Imam of Al Azhar, during which the "Human Fraternity Document" was signed to promote human relations, build bridges of communication, harmony and love between peoples and tackle extremism.