UAE President confers Medal of Independence on Ambassador of Portugal 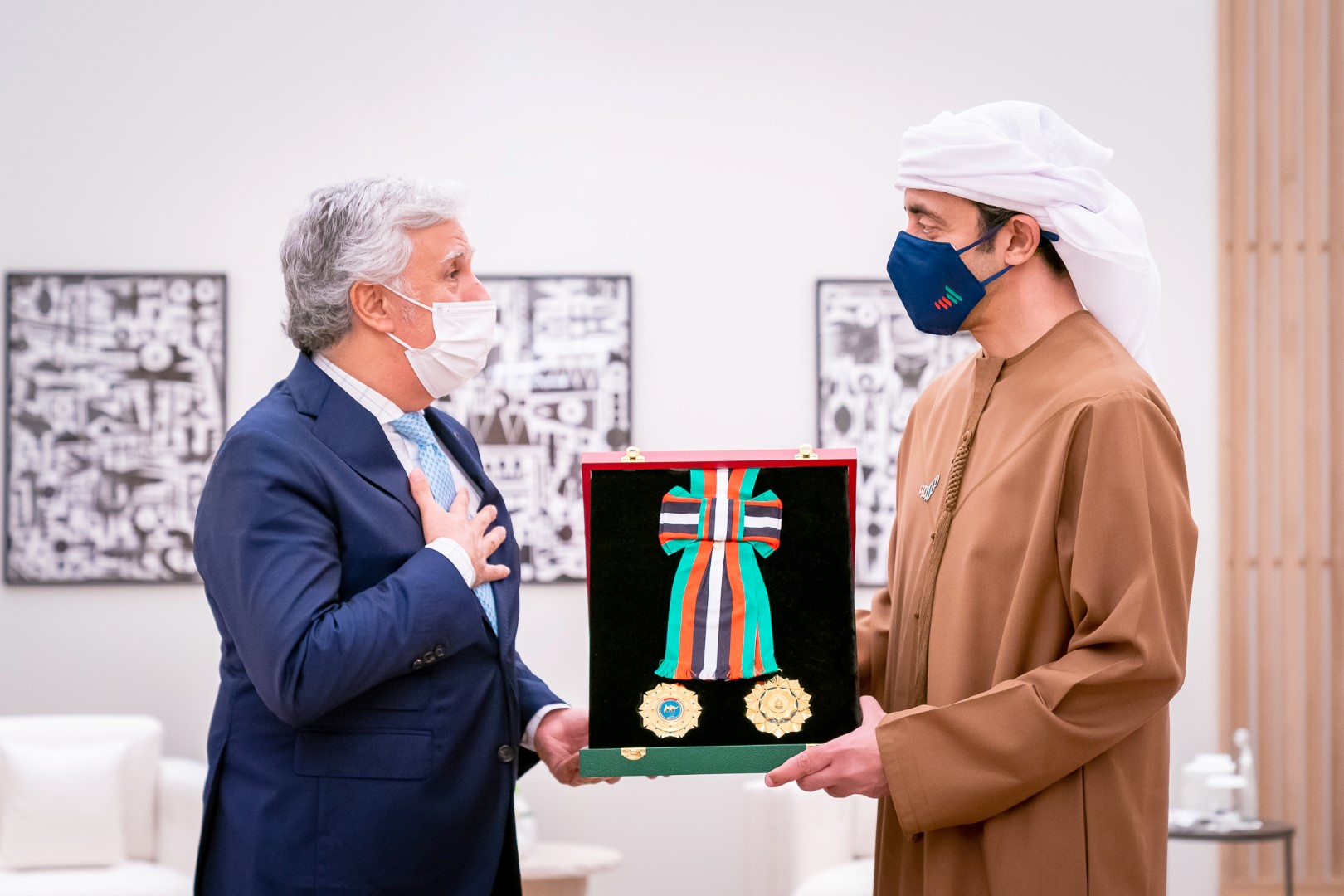 ABU DHABI, 28th January, 2022 (WAM) -- President His Highness Sheikh Khalifa bin Zayed Al Nahyan has conferred the Medal of Independence of the First Order on Joaquim Moreira de Lemos, Ambassador of Portugal to the UAE, in recognition of his contributions to enhancing UAE-Portugal relations in various fields.

Sheikh Abdullah wished the Ambassador further success in performing his duties, and commended his role in boosting the bilateral relations between the UAE and Portugal.

For his part, the Portuguese Ambassador expressed his thanks and appreciation to the UAE President, praising his wise leadership approach. He also thanked all the UAE government entities for the cooperation they showed him, commending their role in strengthening relations between their countries.