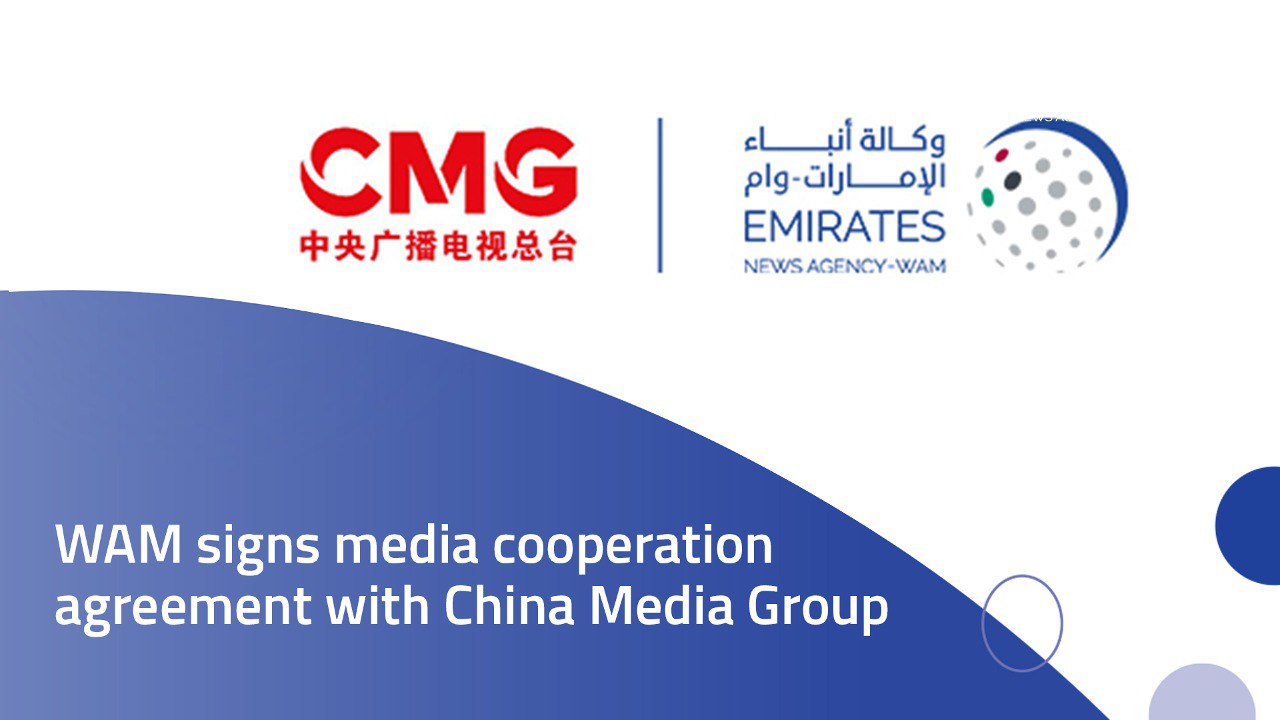 Under the agreement, signed by Mohammed Jalal Al Rayssi, Director-General of WAM, and CMG President Shen Haixiong, the two media institutions will exchange free news feed, where the CMG will receive WAM daily service in English and other languages for purposes of use and distribution on its media platforms and through those of its partners, while WAM will receive CMG news bulletin to use and distribute on its media  channels.

The agreement also provides for holding joint training programmes for editors, journalists and technicians with the aim of exchanging experiences and sharpening their skills.

Commenting on the agreement, Mohammed Jalal Al Rayssi, Director-General of WAM, affirmed that the UAE and the People's Republic of China share solid historical relations and a strategic partnership that has produced many remarkable achievements in all fields. ''Through this cooperation with the CMG, we look forward to establishing a developed and sustainable model of constructive cooperation, in a way that contributes to enriching the media system in both countries and also works to highlight the development and progress witnessed by the UAE and the People's Republic of China at various levels.''

Al Rayssi added that the CMG boasts of a career full of professional achievements, and this agreement will contribute to strengthening media cooperation between the two sides and exploring new avenues of joint work.

He pointed out that WAM will seize the opportunity of the UAE hosting of the first edition of the Global Media Congress next November to build a wide network of cooperation relations with its partners in the world and will look forward to the participation of various Chinese media institutions in this prominent global event, which provides an ideal platform for exploring the future of the sector and wider horizons for joint cooperation between these various institutions.