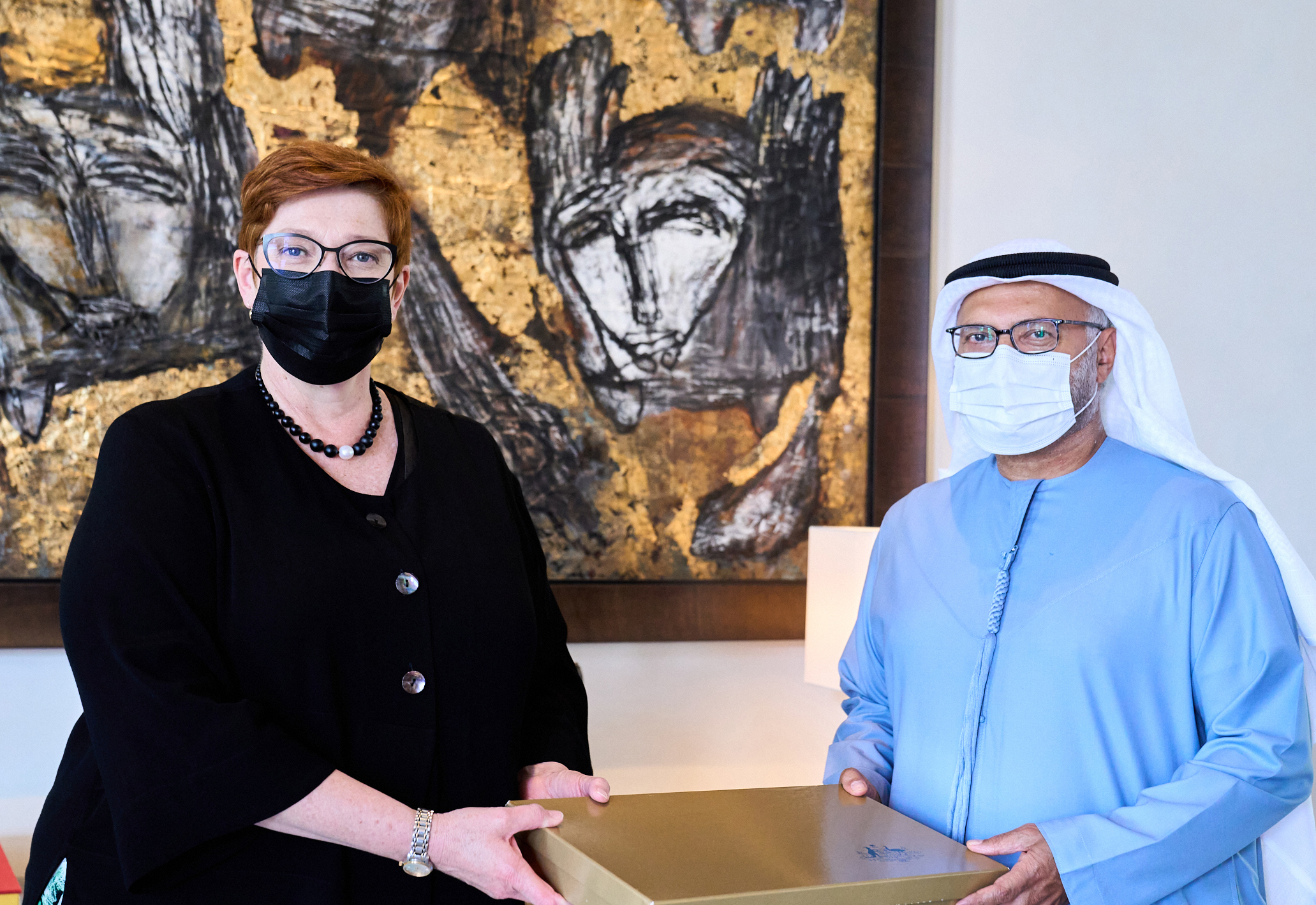 During the meeting, the two sides discussed the distinguished bilateral relations between the two friendly countries and ways of boosting them further to new levels of cooperation. They also touched upon issues of mutual concern and reviewed the latest regional and international developments.

Dr. Gargash said that the UAE and Australia enjoy distinguished friendship ties in various economic and commercial fields, as well as share vision and points of view on political issues.

He also expressed the UAE's appreciation for Australia’s strong condemnation of the recent Houthi attacks against the UAE, and its rejection of this behaviour that undermines the stability of the region.

For her part, Minister Payne renewed her country's solidarity with the UAE against terrorist attacks. She also reiterated the depth of the bilateral relations between the two countries, expressing her aspiration to consolidate further cooperation and partnership in all domains.

Foreign Minister Payne also thanked the UAE for its support in evacuating Australian citizens from Afghanistan.