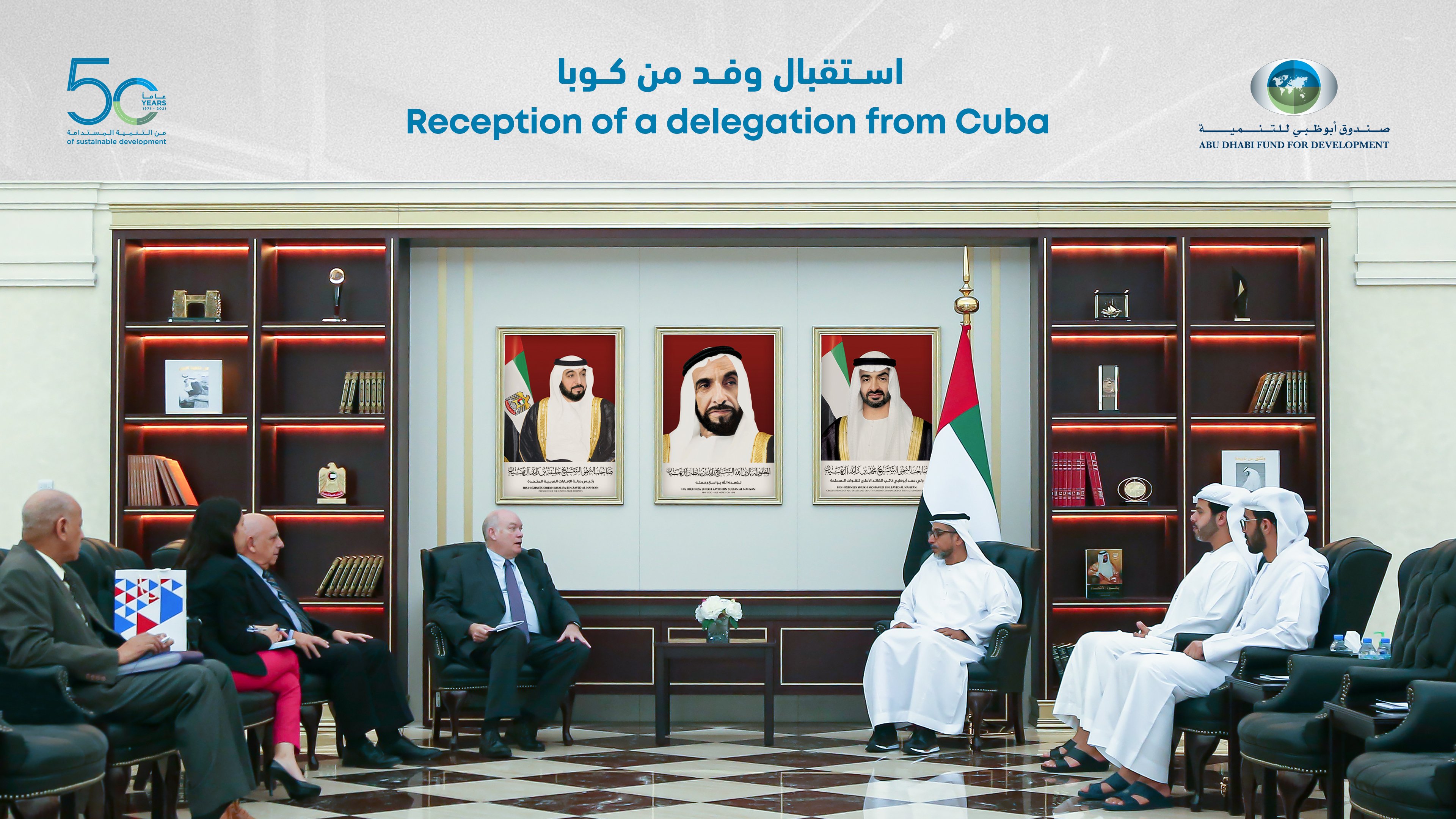 Present at the meeting were Khalifa Abdullah Al Qubaisi, Deputy Director General of ADFD; Roberto Blanco, Ambassador of Cuba to the UAE; and other senior officials from both sides.

The discussions focused on bilateral relations, as well as developmental and economic opportunities for the Cuban government.

They also discussed about the projects funded by ADFD in Cuba as part of its broader strategy to drive sustainable development in developing countries.

Al Suwaidi said that the relations between ADFD and the Cuban government have remarkably improved over the past five years, when ADFD financed renewable-energy projects that played a major role in improving the quality of life in the Latin American country and enabling it to achieve its development goals.

He expressed ADFD’s keenness to further consolidate the relations with Cuba and finance more projects that would strengthen the country’s economy.

Diaz said: "The meeting was the culmination of our keenness to strengthen coordination and cooperation with Abu Dhabi Fund for Development, which finances developmental projects that have major impact on various economic sectors in Cuba."

He underscored the significance of the energy projects in his country, saying that they transformed the lives of thousands of families, accelerated the development of vital sectors, and helped conserve the environment through reduction of carbon emission.

He also thanked the UAE and its leadership for implementing the projects through ADFD, which helped the country to maintain its aspirations to produce 24 per cent of electricity from clean energy sources by 2030.

In 2019, the Cuban government launched an ADFD-funded solar power project. Valued at AED 55 million, the plant has a production capacity of 15 megawatts. Abu Dhabi Fund for Development also allocated AED 11 million to a solar power project at the University of Las Villas in Santa Clara with an aim to fulfil the energy needs of major cities, reduce carbon emission and the consumption of organic fuels.