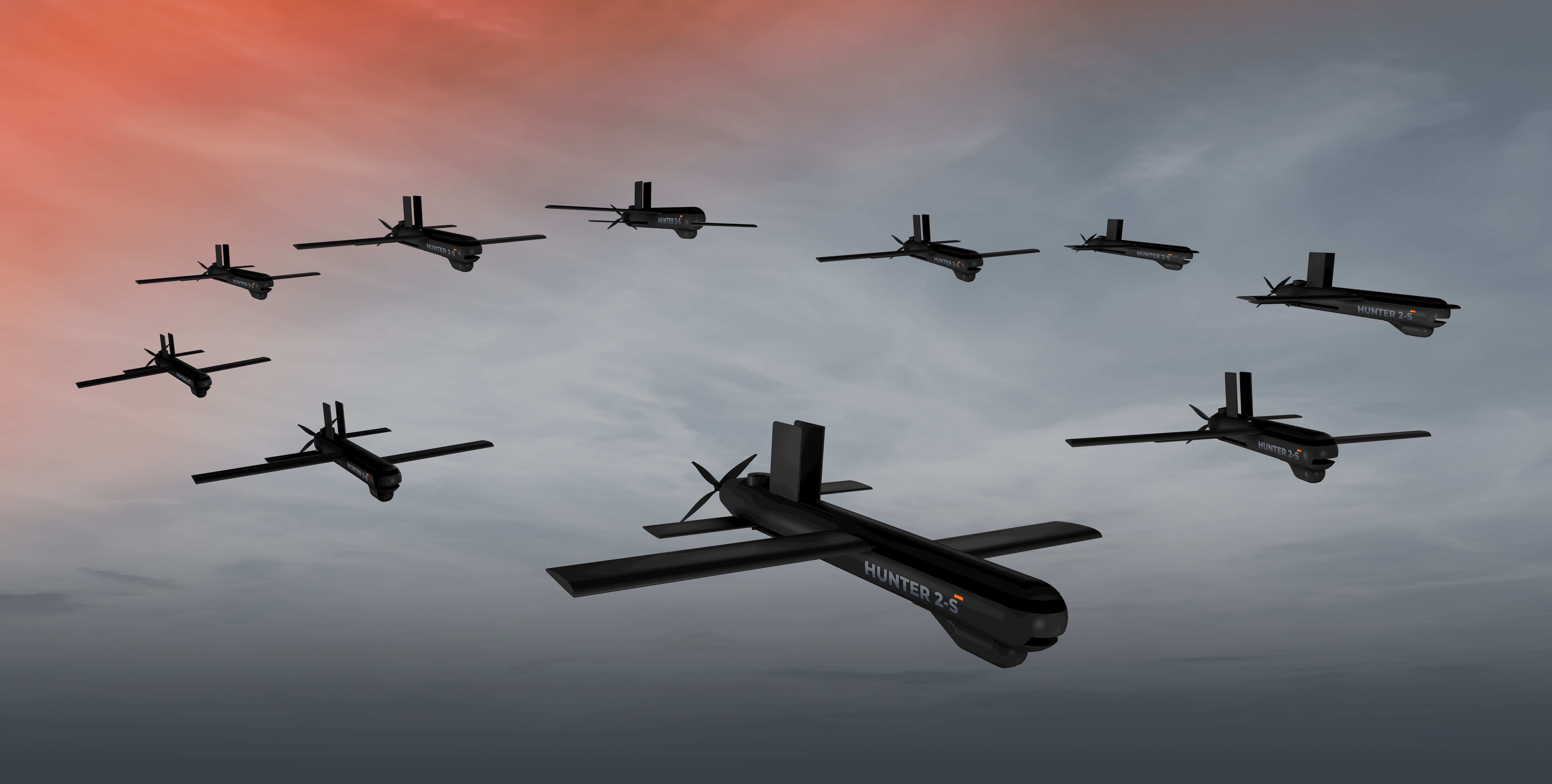 ABU DHABI, 20th February, 2022 (WAM) -- EDGE, an advanced technology group for defence and beyond, and one of the top 25 defence contractors globally, has unveiled swarming drones, its latest application for unmanned aerial systems (UAS), on the first day of the Unmanned Systems Exhibition and Conference (UMEX 2022), taking place at the Abu Dhabi National Exhibition Centre (ADNEC) until 23 February.

Participating as the event’s official Strategic Partner in its second appearance at UMEX, EDGE is showcasing its swarming drones, which are based on the Hunter 2 series of unmanned aerial vehicles (UAV) developed by HALCON, a regional leader in the production and supply of precision-guided weapons and UAS. Designed to ensure a decisive edge in combat, the ground-launched drones fly in formation to perform a coordinated mission that can overwhelm an adversary.

Leveraging advanced artificial intelligence (AI) technology, the tactical drones share information with one another to track and maintain their relative positions, and to effectively engage targets. Featuring a maximum take-off weight of 8kg, the swarm of drones are agile and responsive while being directed to their target, which may include enemy fighter jets on the tarmac at a military base, or an incoming convoy of enemy armoured vehicles, for example.

The drones are equipped to operate at cruising speeds that support mission success, with a significant communications range and healthy flight endurance. The winged UAVs can be deployed in a matter of seconds, featuring a wingspan of 1.44m and a length of 1.25m.

Commenting on the addition of swarming drones to HALCON’s already impressive array of UAVs, CEO Saeed Al Mansoori, said, "We see AI playing a critical role in the advancement of the defence sector and beyond, and EDGE and HALCON are determined to remain at the cutting-edge of these developments that are shaping our sector and the wider world, from our base in the UAE. The level of autonomy afforded by these swarming drones is a significant achievement for us, and we are committed to fast-tracking R&D investments in these domains to bring related products to market with speed in the areas of autonomous systems and smart munitions."

The EDGE stand at UMEX exemplifies HALCON’s technology leadership within the UAV domain, with products including its Shadow 25 and Shadow 50 UAVs; Hunter series of drones and tube launchers; and the recently launched REACH-S unmanned combat aerial vehicle (UCAV), on display.

UMEX is the only event in the Middle East dedicated to drones, robots, unmanned systems, and their components, and offers EDGE the opportunity to feature its state-of-the-art capabilities and solutions.