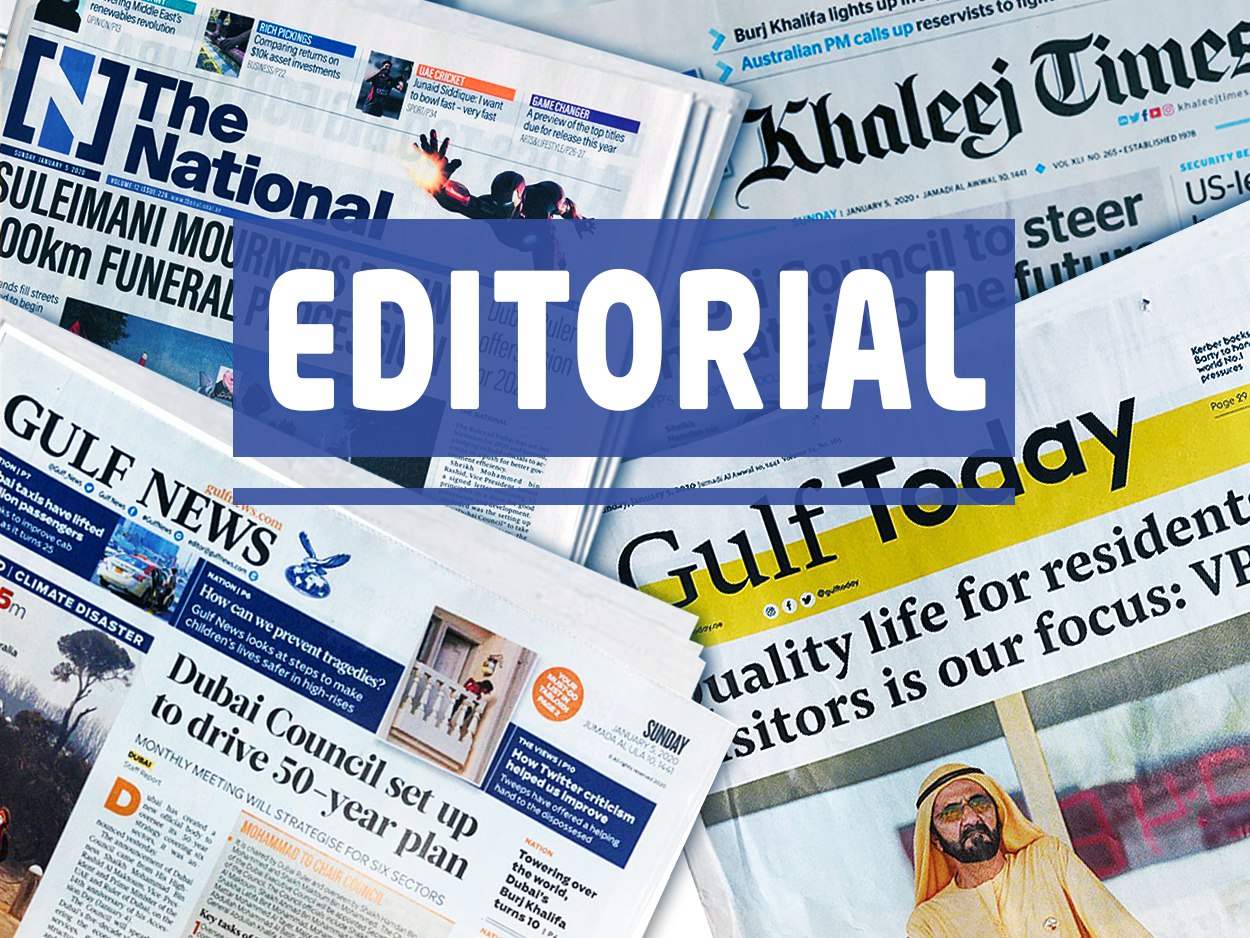 ABU DHABI, 24th February, 2022 (WAM) -- A UAE newspaper has said that the past few days have been a joy for archaeologists in the Middle East, after a spate of diverse and significant discoveries that will shape, and in parts redefine, our understanding of the region's history.

In an editorial on Thursday, The National said, "Academics will be taking note, but so should everyone else. After all, a particular gift of archaeology is that it teaches us about more than the lives of kings, queens and generals. It sheds light as much on the lives of history's ordinary people as it does history’s greats."

The paper continued, "Residents of Gaza can now see early excavations on a Roman cemetery that was uncovered last week. The team who did so expect to find 80 graves. It is described as the area's most important archaeological discovery in a decade. Such a setting would have been visited by dignitaries and everyday Roman citizens alike.

"Gaza's ruins already include Mongol, Alexandrian and Islamic heritage. Statues and royal documents might tell us about leaders, but an ever-expanding archaeological portfolio emphasises the role that the Mediterranean and its coastal cities, as well as the day-to-day merchants, scholars and travellers that lived in them, have had on human development.

"In Oman, researchers have just learnt more about life 5,000 years ago at the UNESCO World Heritage sites of Bat, Al Khutm and Al Ayn. Recently unearthed ovens, seeds and other everyday items from Iran and India are helping create a picture of the workings of the earliest settlements in the Gulf, and the regional interconnectedness of their economies. Archaeologists are particularly interested in what such sophisticated settlements so far inland mean for the story of the area's development. Clearly, mountains have something to tell archaeologists, not just coasts.

"In Jordan, archaeologists are even discovering more about the lives one of history's most voiceless communities: children. Toys from 9,000 years ago, alongside art and vast hunting traps that are described by archaeologist Wael Abu Aziza as 'the oldest huge human structures known to date', show that the bonds and priorities of families and communities are little different from today's.

"Historians of the Emirates have gained much from the past few weeks, too. Experts from Abu Dhabi’s Department of Culture and Tourism have unearthed evidence of the first known buildings in the Emirates, dating back more than 8,500 years, on the island of Ghagha, evidence that neolithic communities existed in the area more than 500 years than was previously thought.

"Another discovery was made in Umm Al Quwain. Work on the previously unexplored Al Sinniyah Island has uncovered the existence of two coastal settlements, the oldest of which is believed to be from the 13th or 14th century. This pushes back understanding of the emirate's history by at least 500 years. Up until now, UAQ was thought to have grown up around a fort established in 1768.

"In just a few weeks, the region has been able to learn about aspects of its life that have been kept hidden often for thousands of years. In a week where the UAE is celebrating the opening of the Museum of the Future, it is a brilliantly timed moment to appreciate in parallel the work of those who look into the past. After all, the work of futurists and archaeologists are fundamentally similar: probing the unknown ends of the human experience to enrich lives in the present," concluded the Abu Dhabi-based daily.