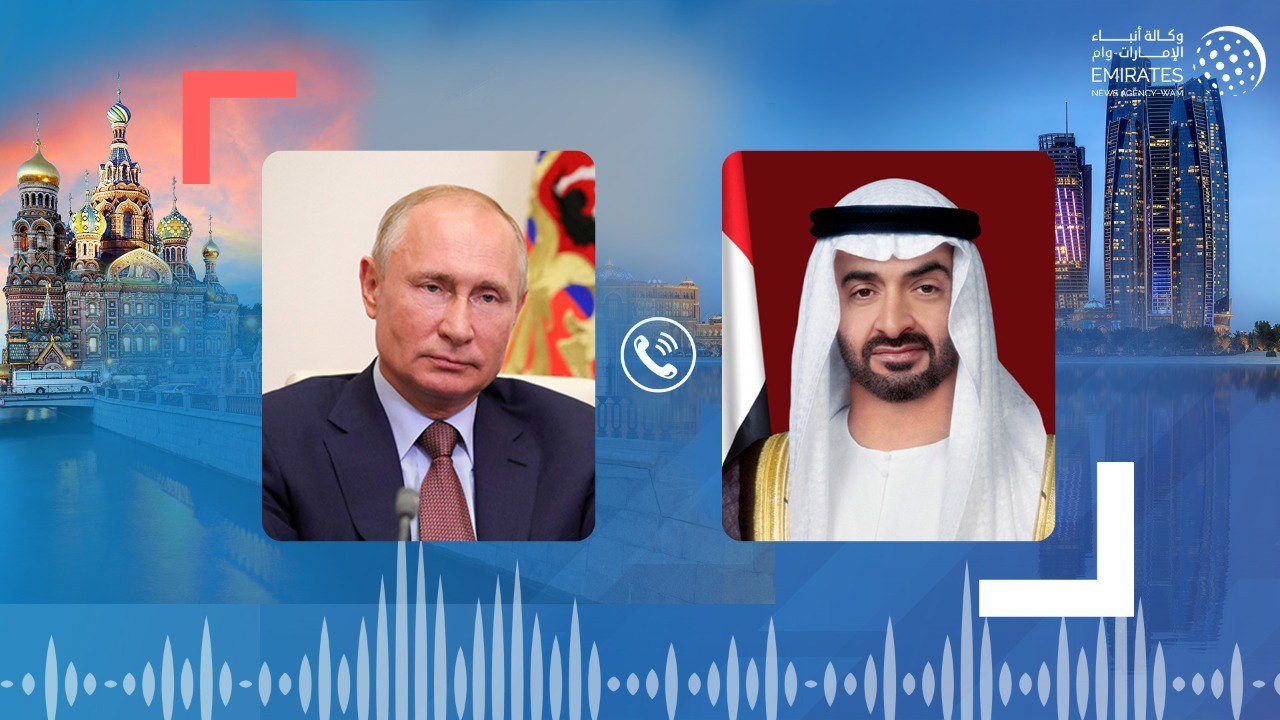 During the call, Sheikh Mohamed bin Zayed was briefed about the latest developments. The bilateral relations between the two countries and the energy market developments in light of Russian cooperation with the Organization of Petroleum Exporting Countries (OPEC), and the importance to maintain the energy market stability were also discussed.

His Highness Sheikh Mohamed was also briefed by the Russian President on the developments in Ukraine. Sheikh Mohamed stressed on the need for a peaceful solution to the crisis in a way that maintains the interests and national security of all parties.

His Highness emphasised that the UAE will continue its coordinations with the concerned parties in order to help find a sustainable political solution to the ongoing crisis.