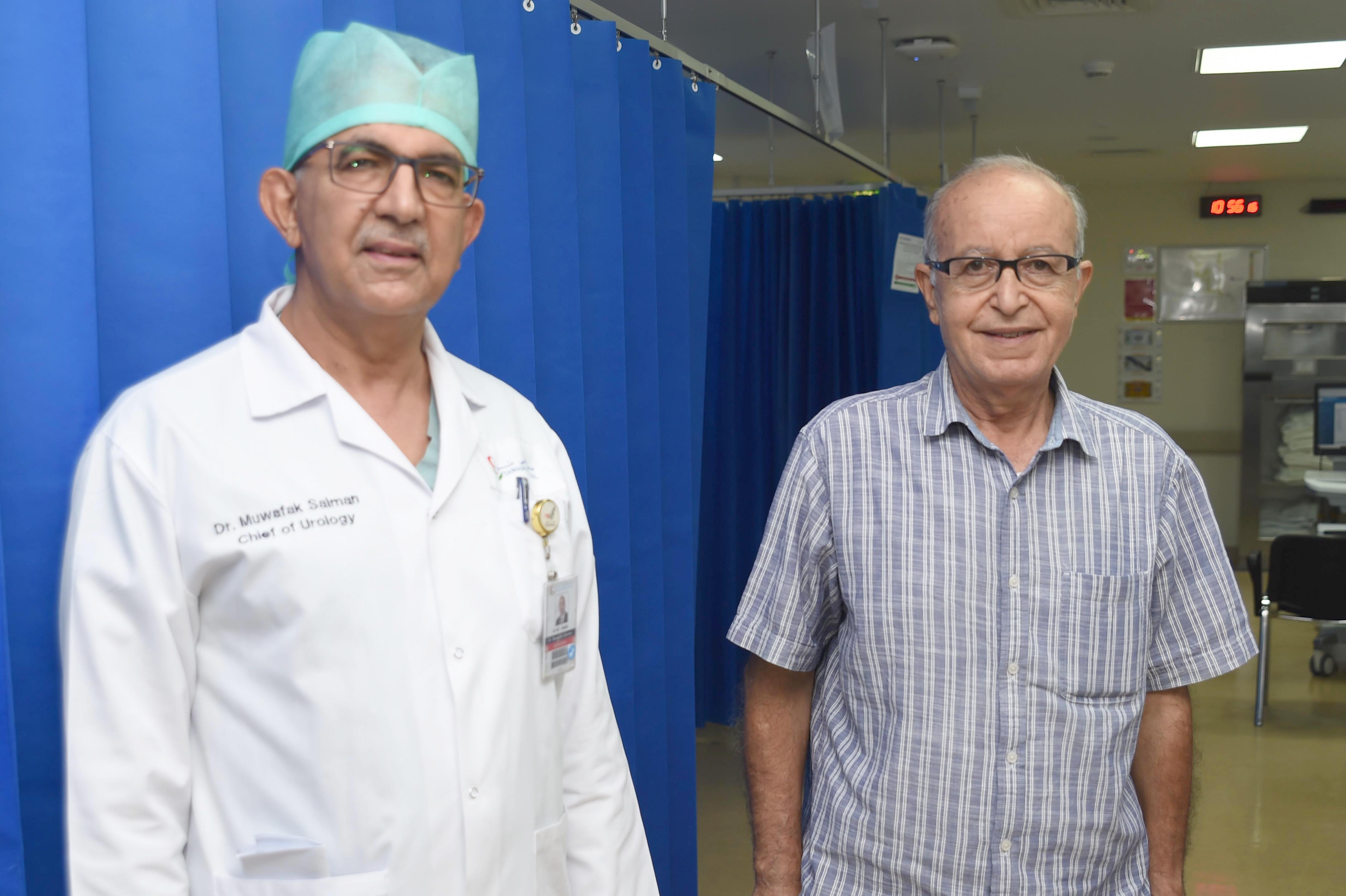 The procedure was successfully carried out at Tawam hospital on a 67-year-old patient with life-changing results.

While most men have continued prostate growth throughout their life, for some this can enlarge the prostate enough to constrict the urethra, the tube runs that carries urine from the bladder. Referring to the study conducted by the American Urology Association, almost all men will develop some enlargement of the prostate as they grow older, and 50% of men will have some signs of BPH by the age of 60, while 90% of men will have signs of the condition by the age of 80. It is commonly marked by frequent urination, increased urination at night, and difficulty in voiding urine. This condition is referred to as BPH and BPH affects the lives of approximately one third of men over 50 years old.

Rezum Water Vapour Therapy is a non –surgical treatment that uses the natural energy stored in water vapour, or steam, to remove excess prostate tissue that is pressing on the urethra. The short, one-day procedure involves a series of nine second treatments during which water vapour is released onto the targeted prostate tissue by means of probe inserted into the urethra. Over time, the extra tissue gets removed by the body’s natural healing process causing the prostate to shrink, which opens the urethra and relieves BPH symptoms. The number of sessions needed is determined by a doctor based on the size of the enlarged prostate.

Dr.Muwafak Salman, Consultant Urology and Chief of Urology Department at Tawam Hospital, at SEHA, said, "Rezum Water Vapor Therapy is a painless procedure that doesn’t require any incisions or general anaesthesia and most patients return to their normal lives in just a few days. In addition, it preserves sexual function. While patients respond to the therapy differently, most experience symptomatic relief within two weeks with maximum benefits within three months. We are certain that Rezum will help patients with BPH gain relief from frustrating symptoms that are interfering with their lives."

Before undergoing the procedure, the patient, a Syrian engineer working in Al Ain, had been suffering with BPH for almost a decade with the condition significantly disrupting his lifestyle, sleep and relationships.

"In the last 10 years, BPH has affected my life more and more. I was getting up, sometimes two to three times a night. This caused some irritability because lack of sleep and, whenever out in public, I would be constantly looking for the nearest bathroom. It was really debilitating," explained the patient.

After being recommended the new surgery by his urologist Dr. Muwafak A Salman, at Tawam Hospital, the patient underwent the procedure and has since seen a marked improvement in symptoms.

He said, "The procedure was quite painless. I was lucky to have such an experienced team of doctors and medical support staff. Within a matter of weeks, I was already urinating more comfortably than I had in probably done 10 years. It has totally changed my life as I had just gotten too used to having BPH; I didn't understand fully how it was impacting my life."